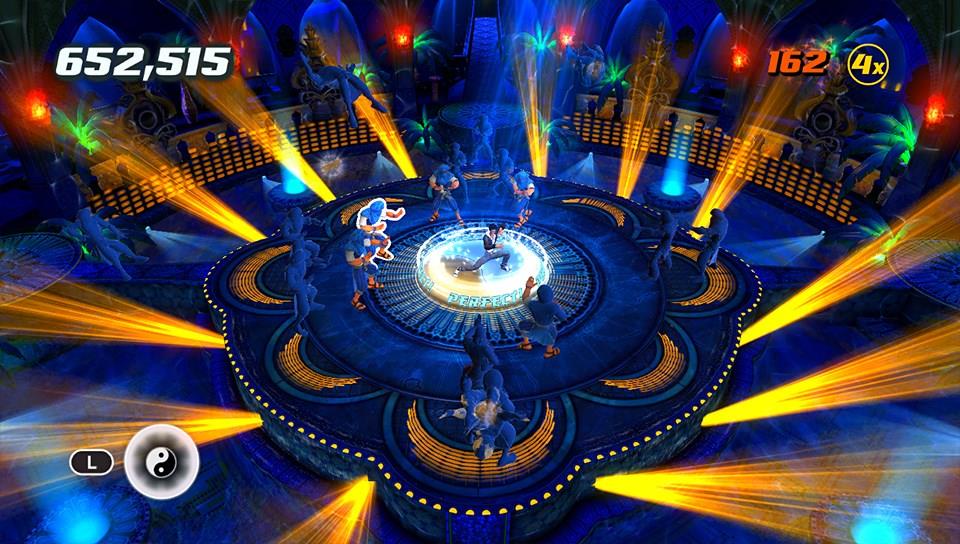 Written by Jeremy Duff on 9/2/2013 for Vita
More On: Kickbeat
Since the death of Guitar Hero and the slow fall of Rockband, we haven’t heard a lot from the music and rhythm genre of games. This was “THE” genre just a few short years ago but it has since slipped into the background. If it is ever going to be popular again, someone will have to do something different with the idea, present it in a different manner. That is where Zen Studios comes into this equation. They love the genre and they had an idea that they have turned into a game, although they refer to it as an experiment, called KickBeat.

KickBeat focuses not only on the genre of rhythm / music games, but on the sub-genre of “fight music” in particular. We’ve all heard songs that get you pumped up and in the mood for action, be it in the movies or in real life; their intense and really get the juices flowing. This game is all about finding those songs and then letting them inspire you to kick a crap-ton of ass. When you do find that perfect rhythm, and get into a true fighting groove, the feeling is amazing. However, don’t expect to get there for a little while when get started.

There is no variety to the song selection here, the game’s soundtrack features 18 intense songs, from rock and rap, that are all guaranteed to get you pumped up. It is a great, albeit small variety of song’s, with there not really being a bad one in the bunch. They’re all intense and heavy. While the lineup of only 18 songs sounds limited (and it really is) you can thankfully import your own music into the game. Whatever you want to throw in there, you can be it totally appropriate or not. I have tried a few for laughs like various children’s songs and whatnot, which are entertaining for all the wrong purposes as well as some serious, personal selections that get my blood flowing. I must admit the Joe Esposito’s “You're the Best” imports and plays perfectly and probably should have been considered for the official song lineup just for laughs. The import process is quick and painless and the game really reads tracks quite well. Unfortunately, you only have your own personal records to challenge in this mode as, for obvious reasons, imported music cannot be shared with your friends.

As with any music game, the goal here is to match up button presses with the beats of the songs. In KickBeat, instead of hitting different colored tiles or tabs, you are executing punches and kicks to meet wave after wave of attacking enemies. As your enemies approach you from one of four directions (top, bottom, left and right) you are tasked with meeting them with an attack just as they reach your character in the center of the screen.

The game tries its best to help you identify the perfect timing for your attacks in a variety of ways. First off you enemies area all color coded, either blue, yellow, or red, which indicate the rhythm they will hot you with. Although there will be variations along the way, yellows will primarily hit on the down beats while blues attack in two’s in rapid succession. Reds are simultaneous attacks from different directions. In addition to their individual coloring, the next person that is going to attack you will be highlighted with a white outline.

These two methods work really well, but on the normal difficulty level, where you’ll begin your adventure, these are overshadowed by circular button markers an the ground that it encourages you to watch for an indication of when to attack. I did not find these things to work well at all; the timing between when the enemy enters the circle and when the perfect button press should be hit seems off to me, by just a little bit. As a result, I faced a ton of frustrating misses that really threw off my rhythm. It just didn’t seem to jive perfectly with what the game really wanted me to do. I actually found it easier and posted better scores by upping the difficulty to hard, which removes these circles while keeping the other clues. They’re great for explaining how the game works, but horrible for actually playing it. Once you get past that normal difficulty, the game really starts to click, you just have to push yourself through to that point. 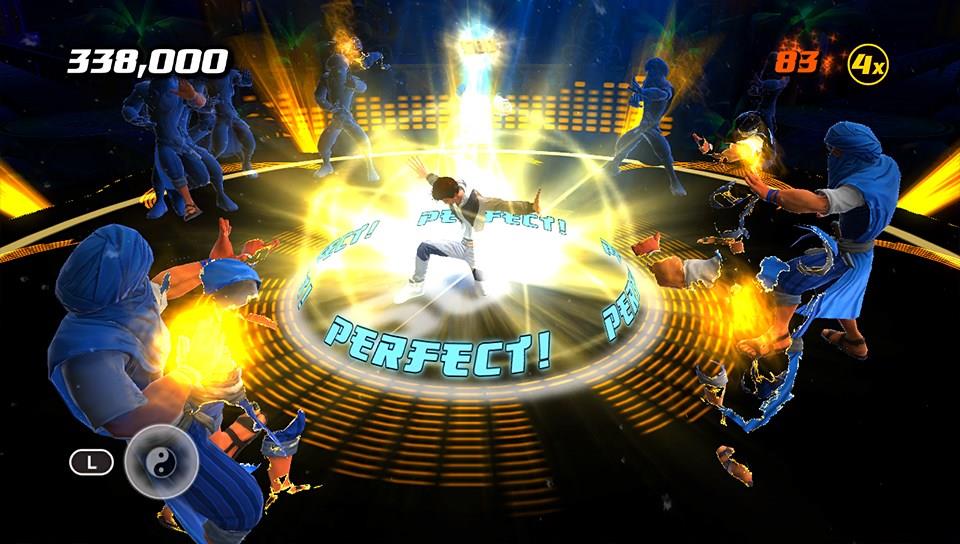 Being a rhythm game, there really isn’t a lot of options for different gameplay modes. You do the same thing in almost every mode, which you would expect. There is a campaign with two different character stories, as well as freeplay and survival modes. While the campaign’s story is a bit campy, regardless of which character you choose it is laid out well with a nice, animated storyboard presentation. It plays its role of fleshing out the campaign and giving you a reason to play through the songs and earn stars (which unlock additional costumes for your character.

What I do like about the campaign is the Zen makes efforts to add variety to the fights. You aren’t just battling the same enemies over and over in  every level. There are some where you control mystical statues, shooting lasers at incoming enemies rather than just fighting with them directly, and even a stage where you take on a military helicopter empty handed. It adds some nice variety to the experience and plays out in a very cinematic manner, which really makes for an enjoyable experience.

Once the game gets flowing and you master to timing and interface, KickBeat is really cool to see in motion. The characters have a nice variety of moves and transitions during battle which helps keep the monotony from setting in for quite some time. The only sense of multiplayer that the game has is a variety of leaderboards which track both individual and collective friend scores. You don’t really need much more in this genre and they work well to keep you and your friends battling out on the scoreboards.

I really dig the game, but I have to admit it took me a while to get to that point. The syncing issues that I felt existed on the normal difficulty really came close to turning me off from the game. Determination and and working myself to a harder difficulty prove to fix it though and once that happened, it all fell into place and i saw the vision that the Zen crew had in dreaming up the game. Don’t hesitate picking it up for a refreshing take on the rhythm genre, just be ready to put in a little effort to get the most out of the experience.
KickBeat is an interesting idea that really works well when you get the hang of it. It just takes a while to do that, so know that going into the experience. Zen has compiled the perfect soundtrack of “fight music” but I found myself fighting with the mechanics more than I did my opponents, until it suddenly clicked for me. Expect a ton of fun eventually but some frustration on your journey there.