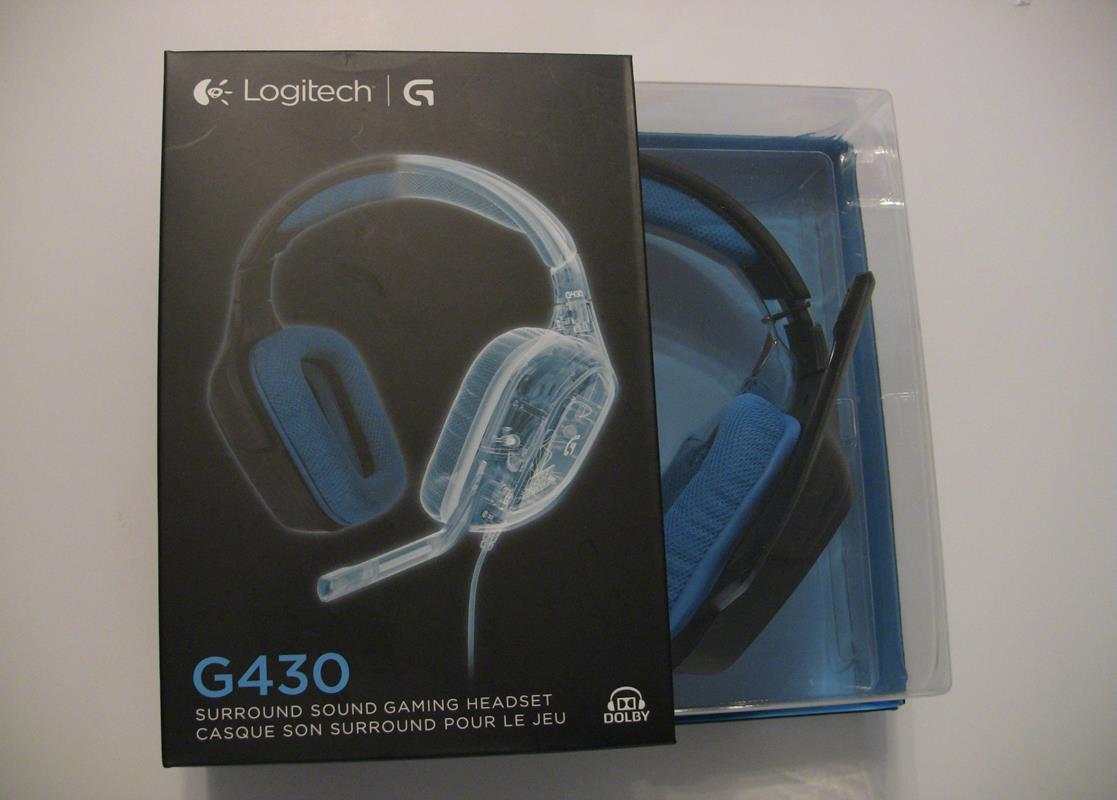 Written by John Yan on 7/22/2013 for PC
More On: G430
I've reviewed a few Logitech headsets in my day so I've gotten pretty familiar with how they are. With the return of Logitech's G series, they have released a few new headsets that remind me of the ones of old. Today, I have the Logitech G430 gaming headset with me and I put it through its paces with some games and tunes.

The Logitech G430 is an over the head headset that has a familiar design. The shape and size is comparable to their old G930 headset. Each ear piece has padding covered by a blue mesh that is also lined on the head band. The ear cups can rotate 45 degrees so that the headset can sit flat on a table or on your upper chest. They also can tilt giving you some flexibility on positioning over your ear. The blue mesh covering might be a little rough for some folks, but they didn't bother me during long usage. Still, I probably would've went with a software material here. There's a generous amount of padding both on the ear cups and on the head band to make the G430 comfortable to wear.

Spec wise, the G430 consists of:
If you want a headset to completely drown you out from the world, the G430 won't be on your to buy list. I could still hear the outside world, but it was quiet enough for me to enjoy the music and games when I was using them. There's a little sound leakage, but not that much so you'll want to take that into consideration. Of course, some folks like an "open" headset so this might not bother you at all.

On the left side of the headset is the noise cancelling microphone. It's got some flexibility to provide some limited positioning options. When not in use, you can easily swing it up and out of the way, which also mutes the mic. I've used the mic in past Logitech headsets and have always found them to be solid and able to pick up my voice with ease. Using some online chat software, the party on the other end said my voice was good and didn't have any problems understanding what I said.

One wire leads down from the left side leading to a small control unit. You can mute the mic here as well as adjust the volume of the headset with a dial. The wire then continues on to two plugs: one for audio and one for the microphone. This is a pretty traditional setup as seen on the front of many cases and plugging the G430 in this way will give you stereo said and chat capabilities. You get a good length of wire with the headset, but I can see where the G430 would be mostly set to plug into the front of a computer rather than the rear as the wire just isn't long enough to make that option easily feasible.

The packaging, though, includes an adapter to allow you to plug the G430 into a USB port. You'll need to connect the G430 to you computer this way if you want to hear the virtual 7.1 surround sound that the G430's capable of when in use with Logitech's software. It's as easy as installing the software from Logitech's site and then plugging the headset in. My computer auto detected the G430 and gave me some options to adjust the surround sound as well as initiate the feature. 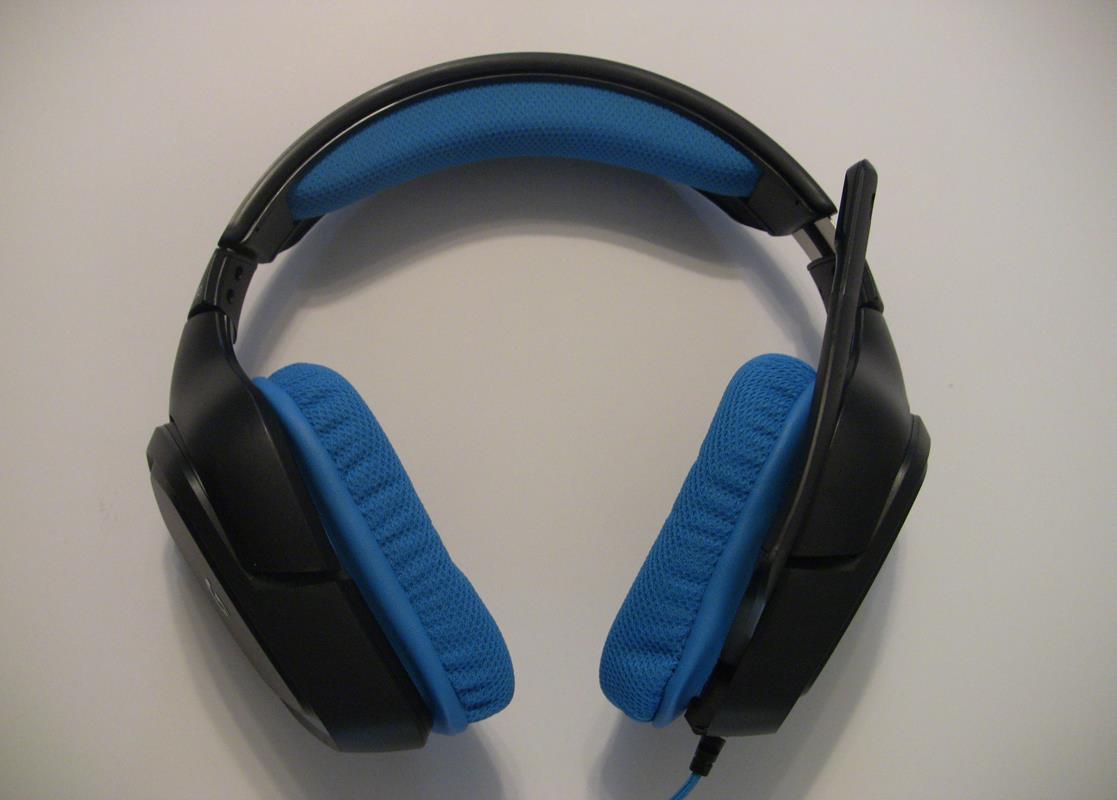 I have to say, with the demonstration software, I was able to make out some of the sound coming from a distinct location around me. There's definitely a difference with the Dolby surround sound on versus it being off. You get a more sense of where the sound is coming from and it just makes it seem like a fuller experience with the option on.

So how does the G430 sound? They sound pretty good with solid highs and mids and good but not overpowering lows. I actually prefer my headsets be more clearer in the mid and upper ranges. While the G430's aren't in the upper echelon of these two areas, they are well above average and certainly coincide with the amount that Logitech is asking for for this headset. Having played various FPS games using the G430, I kept the surround sound option on as it offered up a much better experience than regular stereo mode. The opposite was done when listening to music as I enjoyed the stereo output more here. Again, the mids and highs produced were pretty good and bass heavy songs didn't do too shabby.
​
Priced at $69.99, the Logitech G430 isn't price too shabby. You get a solid headset with some good materials used in the headband such as metal along with good sound and a good mic. It's familiar to those that have been with Logitech for a while, so if you have one of the older, similar shaped headsets, you can probably pass on this set. Those who are in the market for new headsets and haven't had the pleasure of owning the older Logitech sets should take a look at the G430. The fulfill the solid gaming audio experience without breaking the bank.
The Logitech G430 provides good sound and is comfortable to wear. The virtual surround sound is good with games and having the option to plug in your computer with the USB adapter or headphone jack is nice.