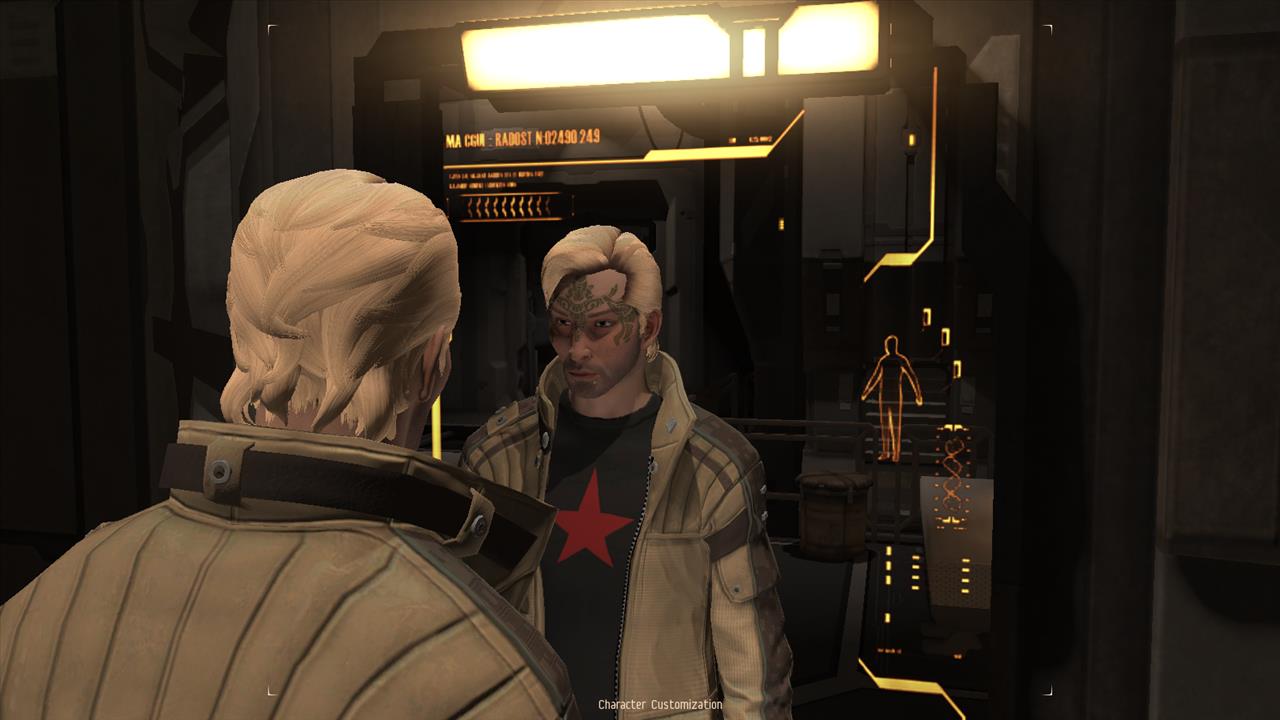 Any Given EVE: What Am I Even Doing Here?

Written by Randy Kalista on 8/8/2013 for PC
More On: EVE Online
After a four-year absence, Randy returns to EVE Online's massively multiplayer galaxy of internet spaceships and rampant scam artistry. This series depicts some of the things he’s seeing, and some of their parallels to life in general.

[Previous episode: Any Given EVE: Get a Job.] 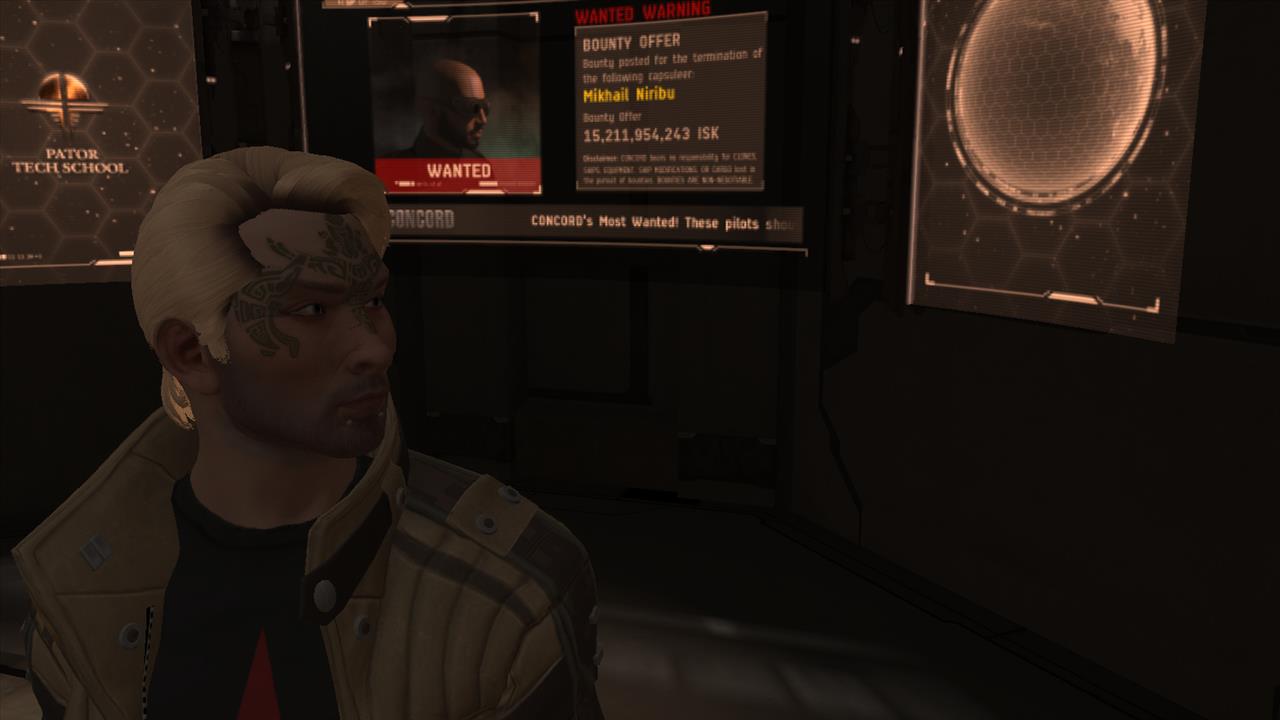 I have high cheekbones, middling ambitions, and two in-game friends. Been playing EVE Online for about a month at this point. My progress so far has been, let’s just say, relaxed. Game imitates life, I guess. Underachievement unlocked. 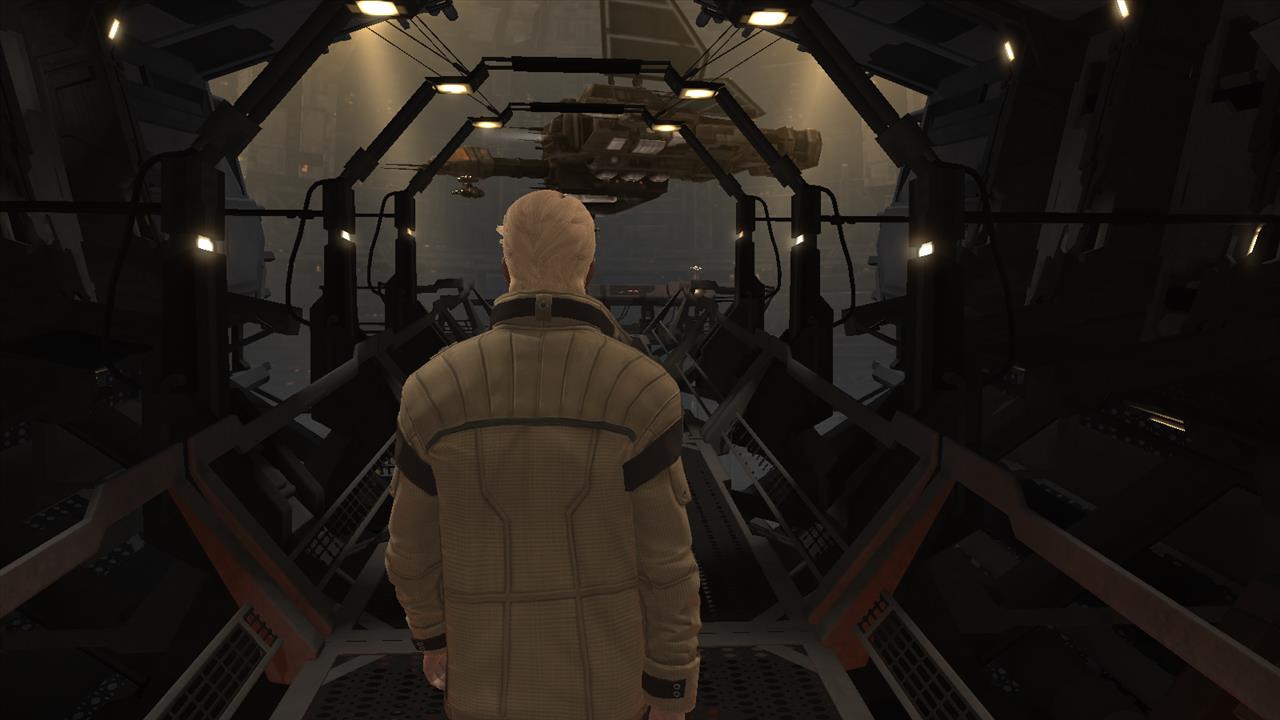 I head to the hangar. I own a solid complement of ships there. Specialization is key, I hear, but my career plans aren’t baked yet. Somedays I want to be an explorer. Other days I want to be a purchasing agent. (That’s more of that weird “art imitates life” stuff.) Though once in awhile I just say forget it, and plunk down in some asteroid belt and mine minerals for a couple hours. To elevate my heart rate, I visit my security agent. She points at things and I blow them up. 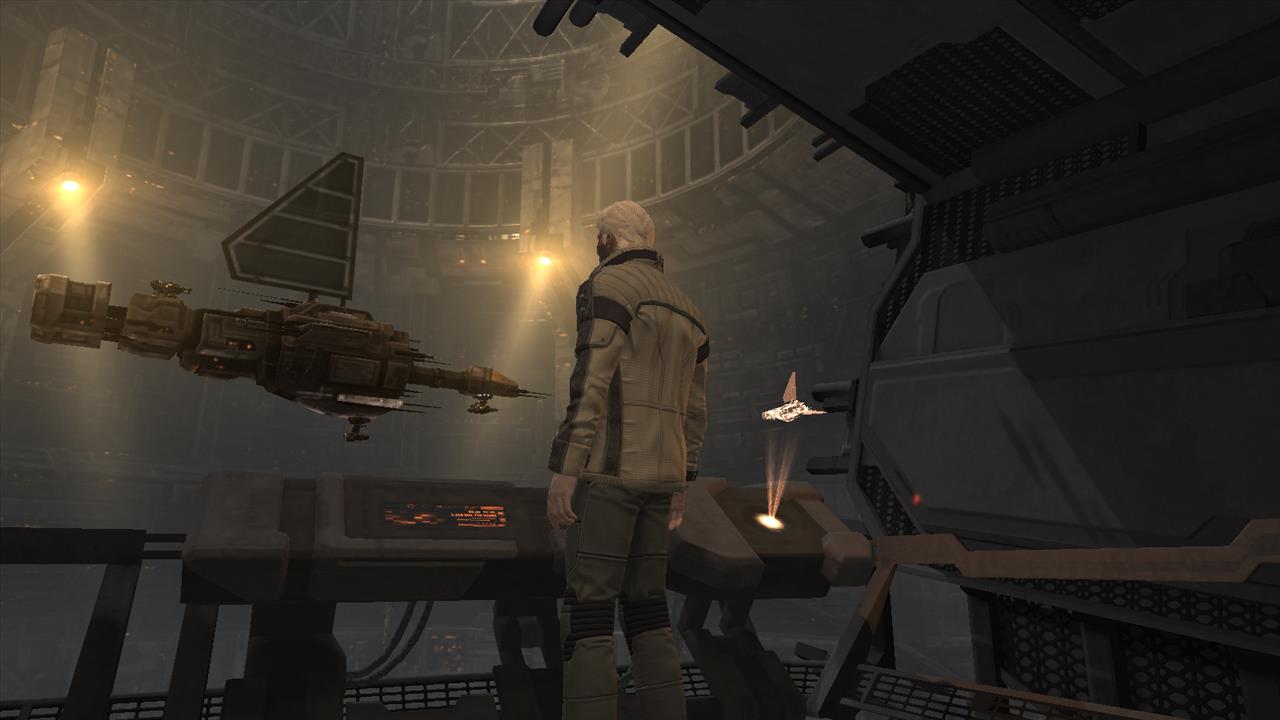 That’s one of my ships, hovering in the hangar. She’s a frigate. Frigate is French for “small, fast naval vessel.” I made that up, but it’s close enough. She’s constructed from a Minmatar Republic blueprint. Minmatar is EVE-speak for “held together by duct tape and a prayer.” I didn’t come up with that, but I like it. 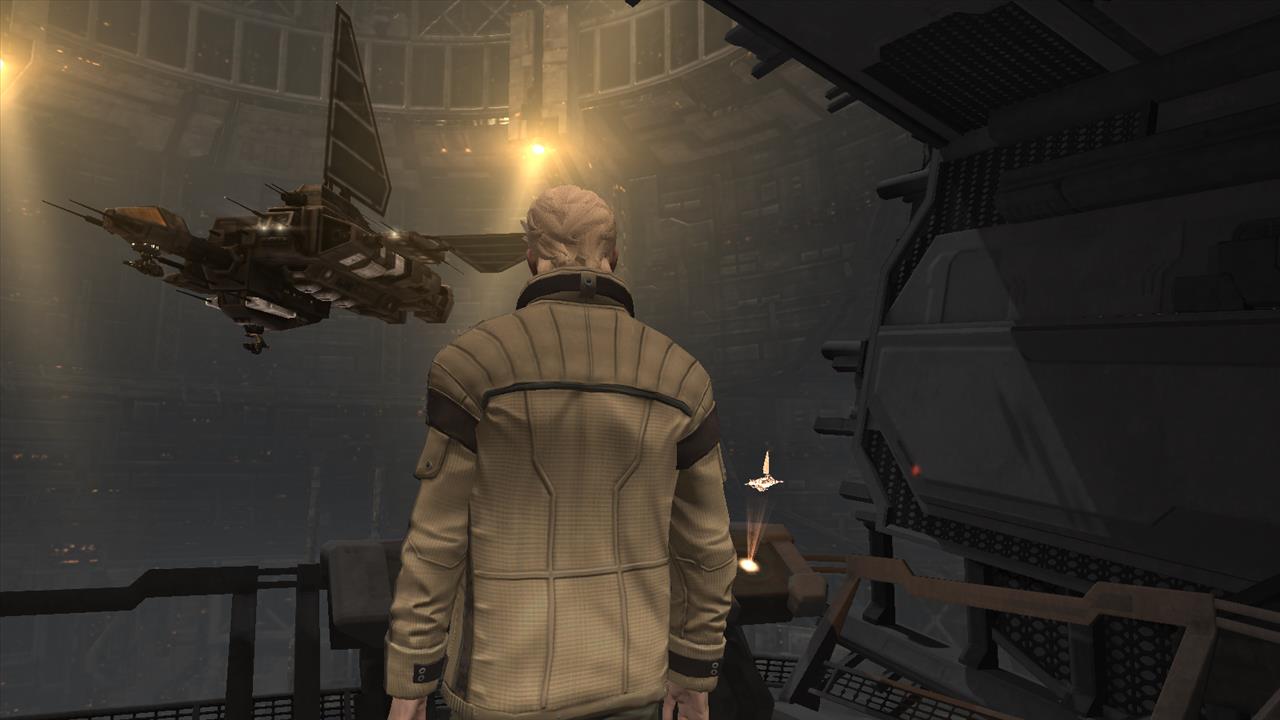 But that “duct tape” statement is just an aesthetic judgement. And aesthetically, I like Minmatar ships. Like this frigate. I like her topside fin. Reminds me of 18th and 19th century sailing ships. I also like her considerable bulk. Rare for a Minmatar ship. Her broad shoulders, muscular thighs, strong calves. She looks like you could give her a big bear hug and not break her. 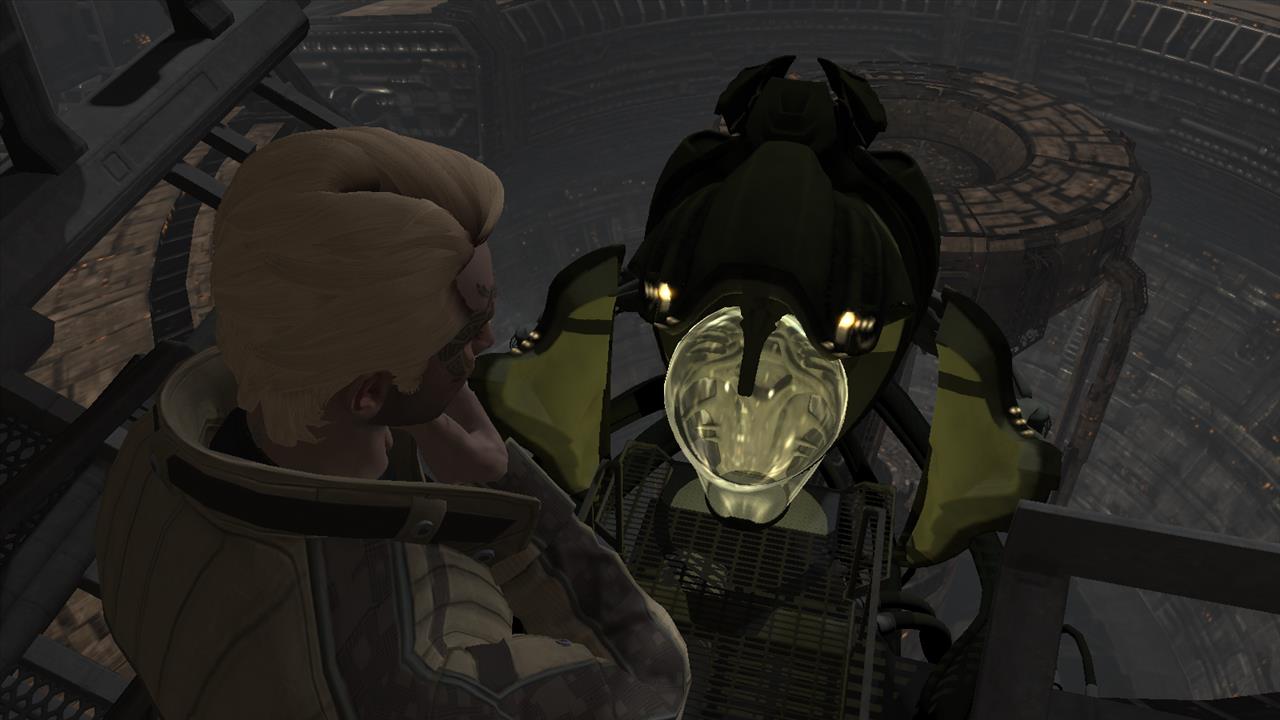 I stroll over to my pod. It will encase me and fly me up into my ship. It’s my captain’s chair when lodged into any vessel I own. It’s also my escape pod when worst comes to worst and I hit my ship’s eject button. My life hasn’t been threatened yet. Or, if it has, I’ve been oblivious to the fact. I’ve been at this station for a month but haven’t really taken stock of my surroundings. Time to head outdoors. 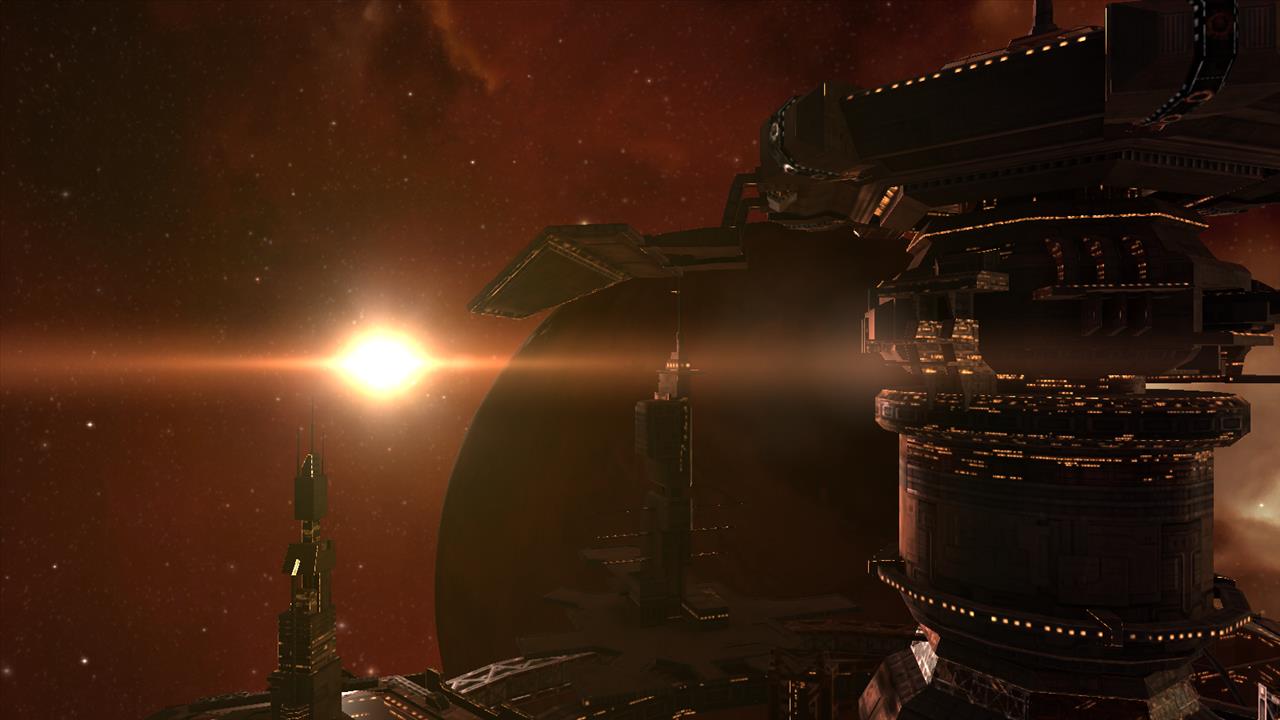 This is home base for now: the Pator Tech School. I’m a recent graduate. This space station is 34 miles long on its axis. That might take awhile to traverse on foot. Good thing I only have to walk from my captain’s quarters to the hangar deck. That’s 20, maybe 30 feet. Space is big. But space stations are bigger. 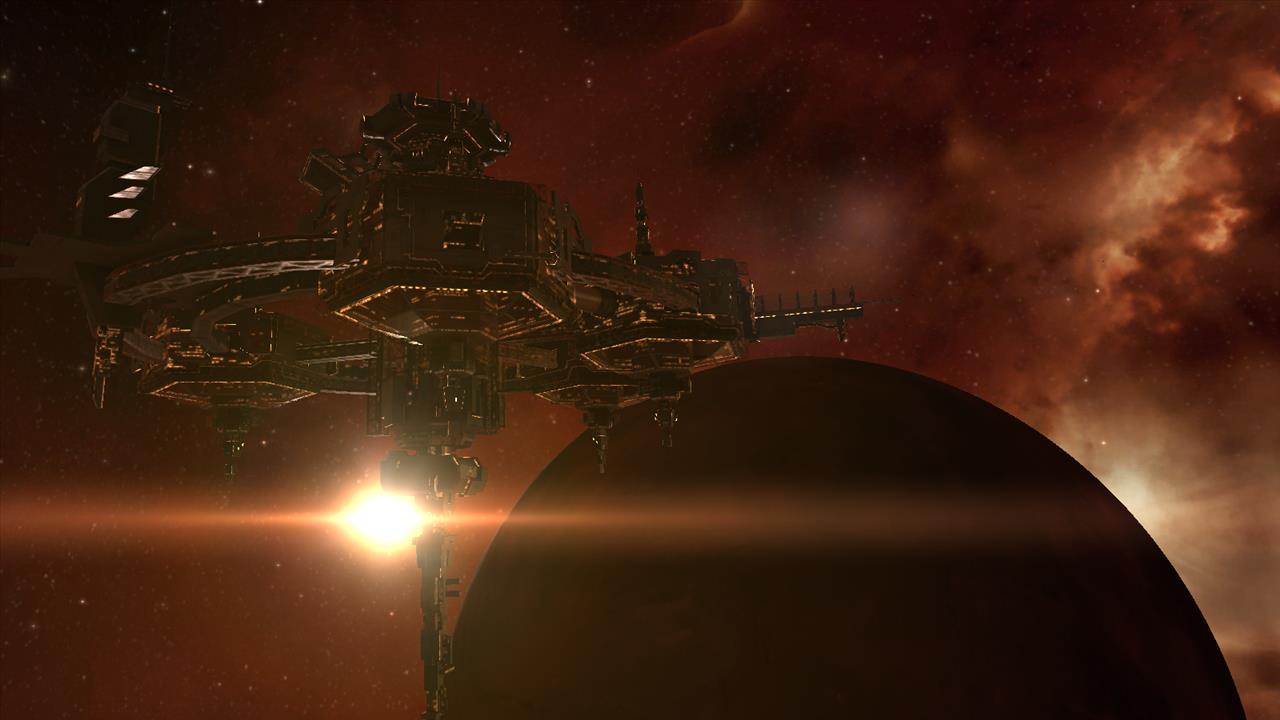 I’m a member of the Pator Tech School corporation. That corporation is just a bucket the game threw me into until I can get my foot in the door of a player-owned-and-operated corp. I detect little camaraderie between players in this non-player-run organization. No, there’s no animosity either. But those of us in the Pator Tech School don’t share any bond other than our starting point. We don’t answer to each other or to any one leader. We don’t pursue mutual goals. We don’t fight common player enemies. We have nothing to unite us. We have no reason to care about each other. To some, this is ideal. To me, this is anathema. I don’t like it. 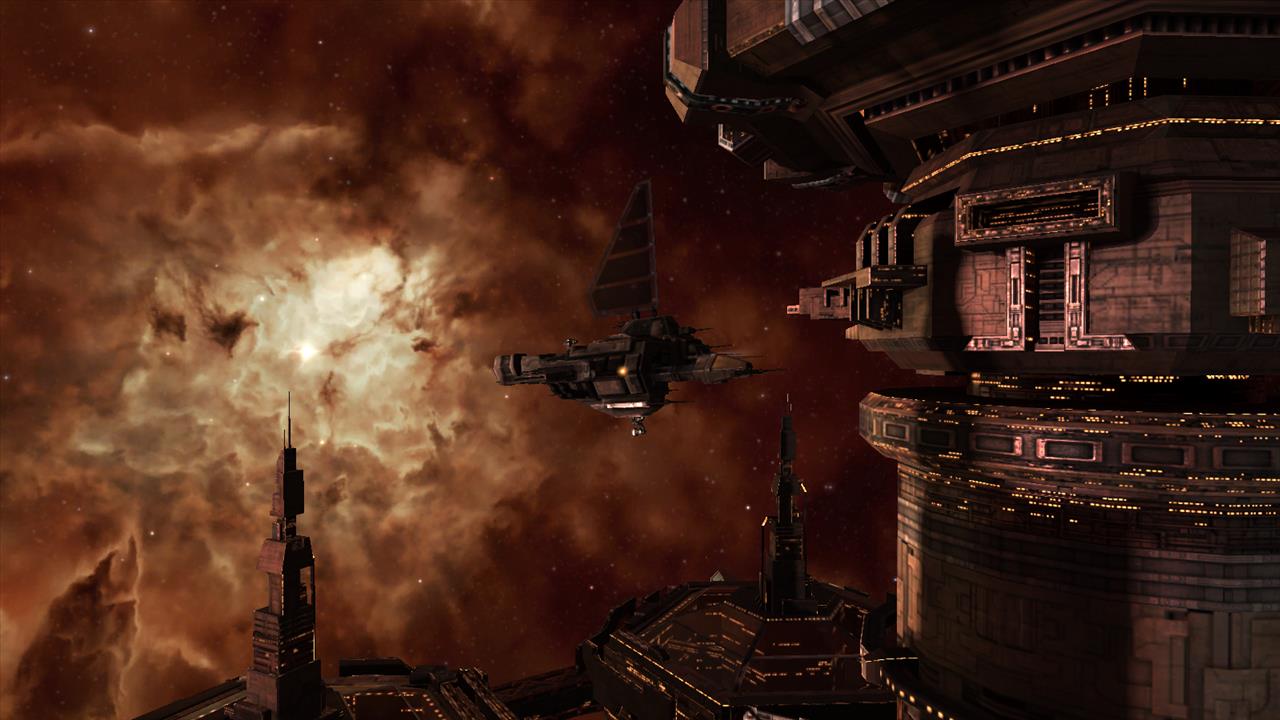 My ship, which I’ve named The Magic Mike, is 96 yards long, nearly the length of a football field. That sounds impressive, but it’s one of the shortest frigates in the Minmatar fleet. She’s a probe. She’s designed to explore the depths of space. If I need a front line combatant, or a miner, or an auxiliary support vessel, I’ll dock The Magic Mike and hop in a ship better suited to the task. 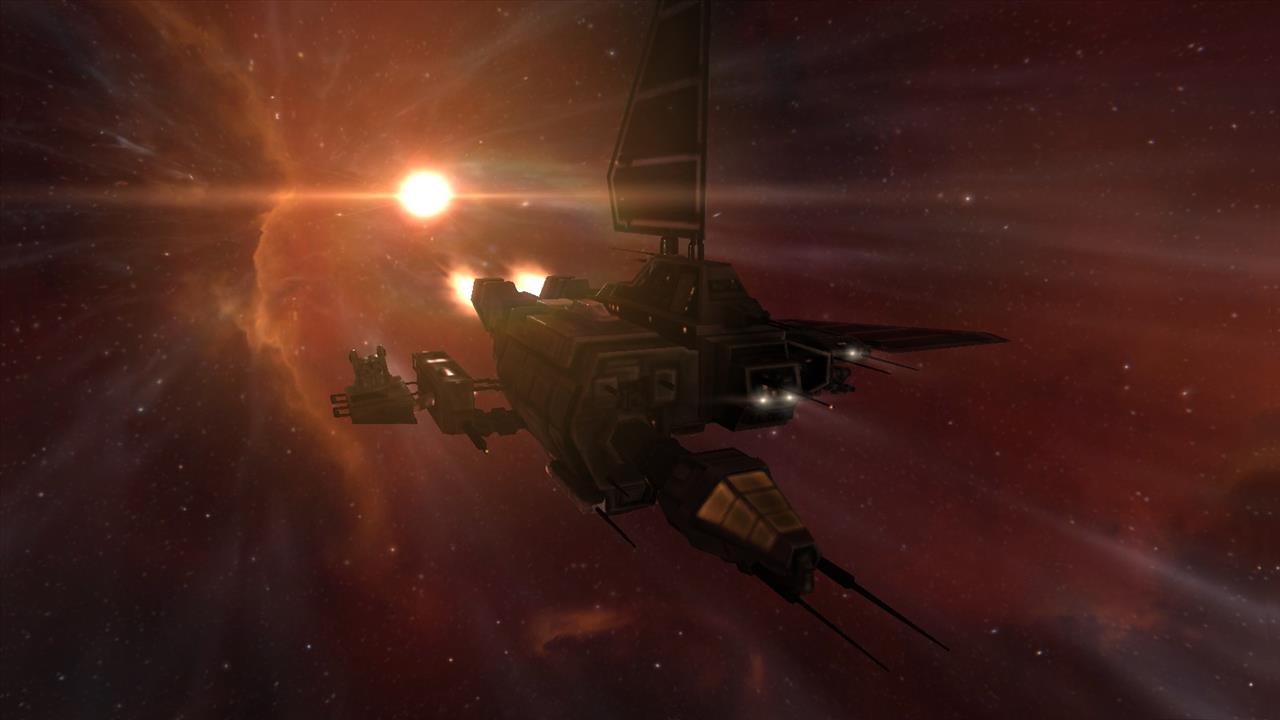 For now, however, I feel like putting on my exploratory Captain James Cook pants and sailing through the muddy brown and sunburned gas clouds of the Metropolis constellation. I’ll stick to the near-reaches of space. For now. At least until caution and overconfidence appear on opposite shoulders--and I throw caution to the wind.

Stay tuned. Any Given EVE is an ongoing series. It's only going to get wilder and woollier from here.