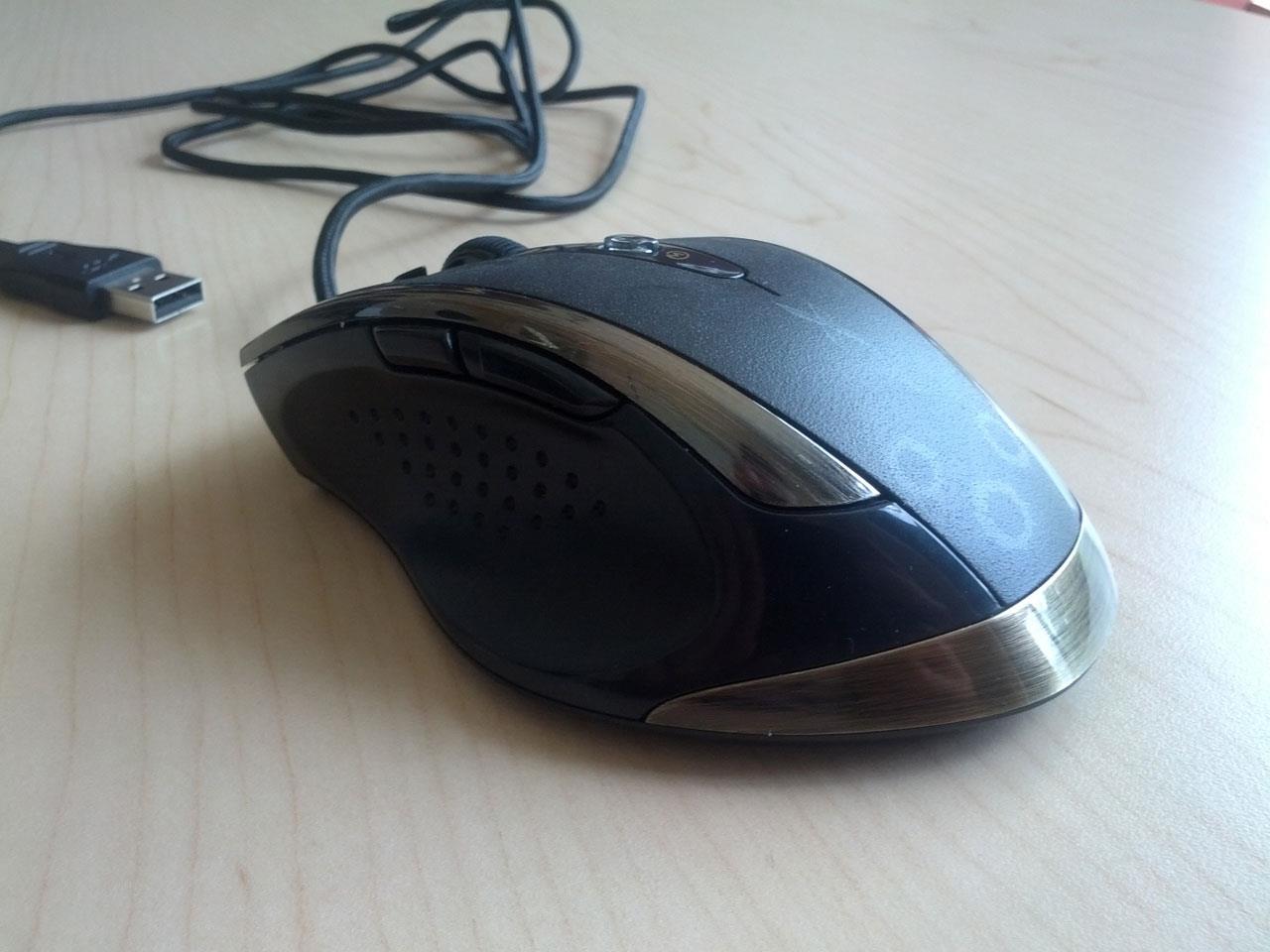 Written by Travis Huinker on 8/26/2013 for PC
More On: A4Tech X7 F3 Gaming Mouse
The X7 F3 gaming mouse from A4Tech is part of their V-track series of products. The mouse comes bundled with a CD for software but it's not required as the device was detected instantly with support for all the buttons. The mouse's top includes the standard left and right buttons, clickable scroll wheel, a button slightly above the scroll wheel for secondary functions, and a button below the scroll wheel that functions to set the mouse's sensitivity externally from the computer. In addition, the left side of the moue contains standard forward and backward buttons.

Production Specifications Build quality
The mouse's center section is covered in a matte surface that feels slightly rough to the touch resulting in perfect grip for extended gaming sessions and improved precision. Unfortunately, the left and right sides of the mouse don't share the same material and are instead smooth surfaces that don't work well for quick mouse movements. "Claw grip" mouse users might find these surfaces problematic when trying to maneuver the mouse around as it's easy for fingers to slip down the sides. 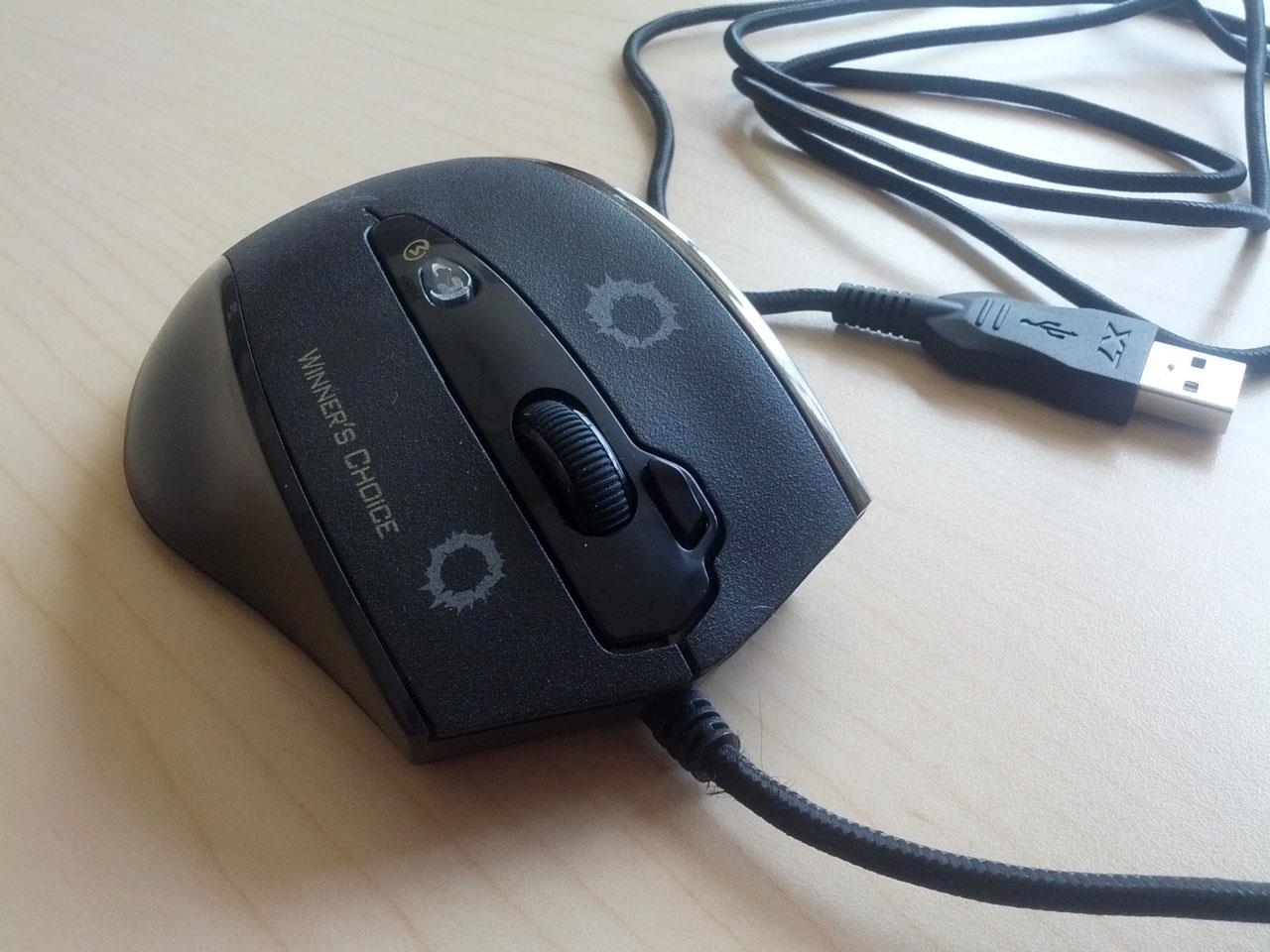 In regards to size, the mouse is more suitable for portable gaming as its dimensions fall somewhere between desktop and laptop use. The mouse's braided cable ensures that that it doesn't became tangled and in turn easier for carrying along in backpacks and such. The majority of the mouse consists of plastic, which feels both sturdy and prone to any accidental damage. While not indestructible, the mouse has a rugged feeling to its exterior that makes its a great companion for traveling gamers.

In regards to its design, the mouse wont win any awards in that area as it unfortunately is branded with odd bullet hole paintings. Not all is bad though as the overall black, gray, and gold tones work well together to create a mouse that isn't overly gaudy. Also worth mentioning is that the mouse's only source of light on its exterior top is a button below the scroll wheel that transitions from shades of green and red to indicate the particular level of sensitivity.

Performance
The X7 F3 attempts to set itself apart from the competition with its touting of the proprietary V-track technology behind the mouse's movements. The term V-track refers specifically to the the use of vertical light versus normal laser technology, which is described to work on any surface as well as more precision in mouse movements. While much of the advertised benefits behind the V-track sound great, the mouse's actual performance didn't offer a noticeable difference over similar products using laser technology. Yet, the sensitivity can be set quite high for precise accuracy that was welcome in first-person shooter and strategy games. 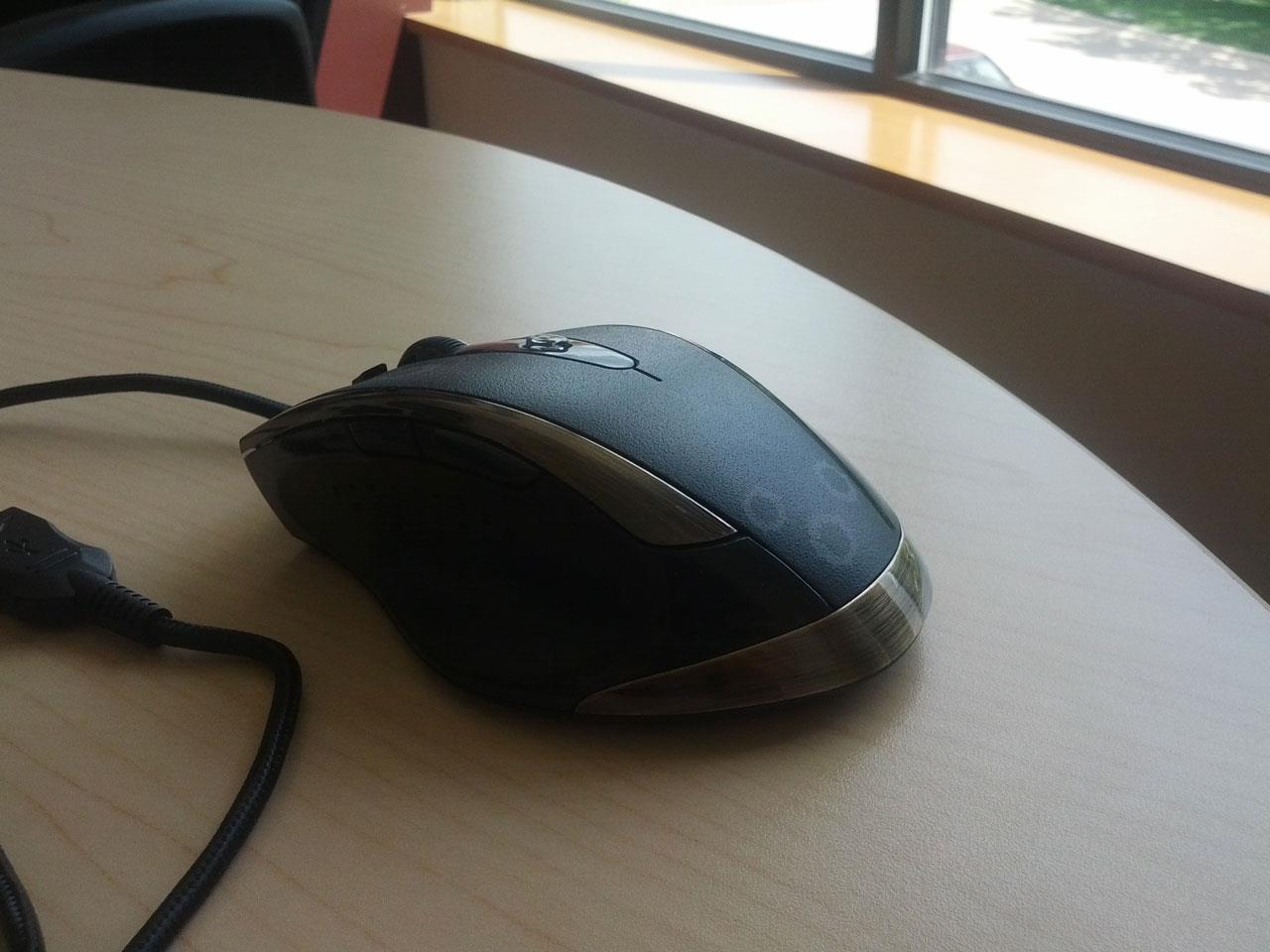 While the mouse may not offer any truly new features over its competition, it does offer great results with accuracy and a plethora of sensitivity options. Many gaming mice often sacrifice size in favor of performance, resulting in devices that often feel geared more toward children than adults. Fortunately, the X7 F3 strikes the right balance between portability and performance that allows for a full grip if desired. Even if the mouse doesn't outright beat the competition, it's still a capable contender to become part of any gamer's arsenal of portable devices.

Conclusion
The X7 F3 out of the box and plugged in doesn't look the part of a fancy, high-performance mouse. While the mouse's build quality doesn't quite measure up to the standards of Logitech's G series of gaming products, the actual performance was a welcome surprise with precise accuracy and various instant sensitivity settings. The vertical light method used in the V-track technology didn't offer that much of a difference over competing mice with laser and other such technologies. Yet, the combination between the perfect form factor and precise accuracy make the X7 F3 from A4Tech a great portable companion for gaming.
While the mouse might not be as fancy as products from other competing brands, the X7 F3 from A4Tech proves to be a great portable companion for gaming. The mouse earns high marks for its rugged design in addition to precise accuracy. Even if the V-track technology isn't as revolutionary as described, the X7 F3 is still a solid choice for traveling gamers.