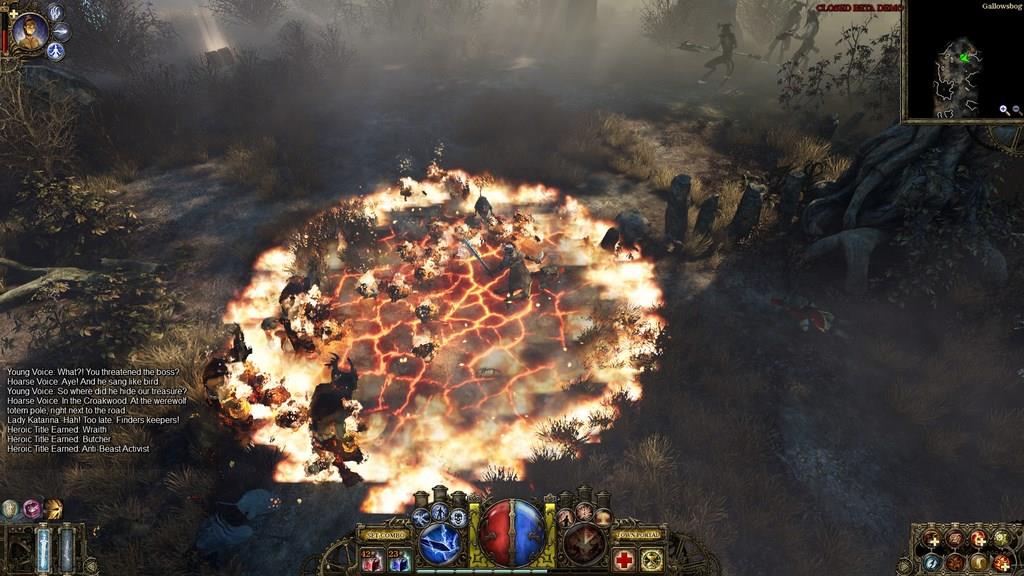 The Incredible Adventures of Van Helsing

Written by Travis Huinker on 7/10/2013 for PC
More On: The Incredible Adventures of Van Helsing
The Incredible Adventures of Van Helsing from developer NeocoreGames is a action role-playing game, in the vein of the Diablo series. While the title's price would suggest it might be a bargain bin title, the actual truth is far different as the game contains an extensive amount of content that is polished and entertaining. While the game's scope might not be as large as other titles in the genre, the content easily consumes hours upon hours of time as gaining new loot and slaying monsters of all sorts is an addictive experience.
​
Borgovia​ awaits adventurer
The game's narrative has players partaking on a journey as the son of famous monster slayer Van Helsing along with a ghost companion named Lady Katarina.  Together you will explore  various locales in the gothic and magic-infused kingdom of Borgovia. Settings range from forests crawling with werewolves to dark city streets controlled by mechanized armies of soldiers. Each chapter provides the player with a hub base or town to buy and sell supplies as well as plenty of quests that require the aid of a monster slayer. While some quests incorporate puzzles and even tower defense elements, the majority of objectives have players slaying endless amounts of monsters.

Much of the narrative's enjoyment can be contributed to the great dialogue exchanges between Helsing and Lady Katarina. One-liners and an assortment of sarcastic comments from each make both of them lovable characters throughout the game's narrative. It's not often in action role-playing games such as Diablo or Torchlight that the player's character has much of a personality other than their style in battle. It's a refreshing change that not just the main characters have great personalities in the game, but also much of the characters that players meet in the game's world.

Professional monster slayer
Veterans of the genre will immediately feel at home as standard mechanics for the genre are all in place. As you would expect players earn experience from slaying enemies and completing quests for use in upgrading their character's assortment of skills. The skill system is split into melee combat, ranged combat, and magical abilities, each of which contain both active and passive skills that can be leveled. Lady Katarina also contains her own assortment of skills that not only strengthen her combat and defense, but also abilities that aid Helsing both inside and outside of battles.

Aside from completing a near endless amount of quests, players can spend their time crafting better weapons and equipment as well as upgrading their base's defenses in the game's later stages. As Helsing's role is a monster slayer, he is skilled in both melee and ranged combat enabling him to switch instantly between a sword and rifle or pistols. Most action role-playing games limit players to a defined class that either involves melee or ranged combat with little deviation between the two methods. Combat in the game is continually entertaining as switching between melee and ranged combat creates for a more dynamic experience.

As with most action role-playing games, the major draw of battling enemies and completing quests is the drive to acquire more loot. The Incredible Adventures of Van Helsing delivers up to a degree as the game contains a wide assortment of weapons and gear to loot from fallen monsters. The one lacking area with the loot system is limited customization of the protagonist's appearance as most armor and clothing items differ only slightly from each other. Some of the items in the loot system as well don't seem quite balanced against each other as a particular sword or rifle might be the most powerful item a player finds for numerous levels. 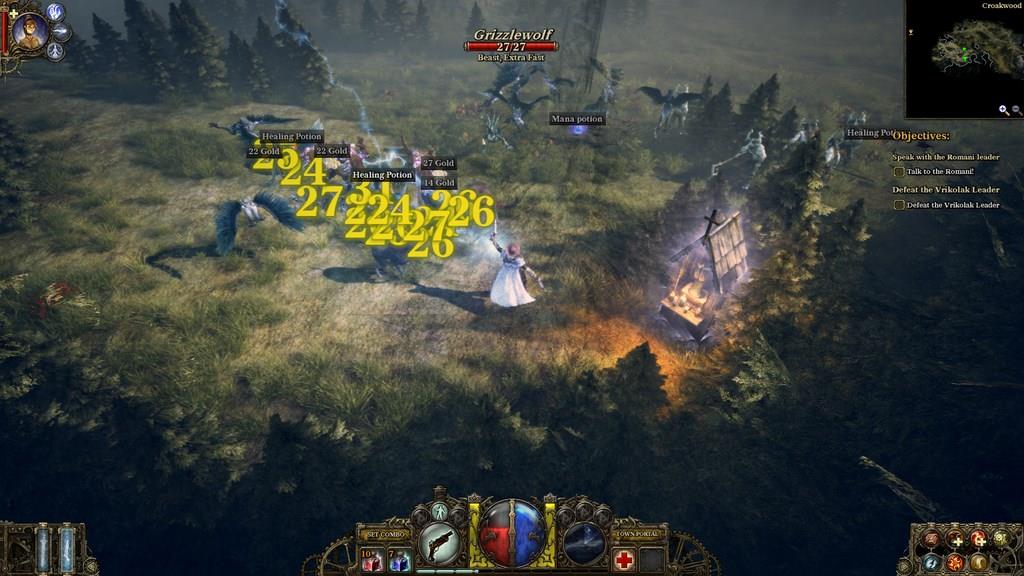 Extremely-dangerous and detailed monsters
The game doesn't disappoint with its visuals as all of the elements ranging from environments to monsters are both highly-detailed and polished. The variety of monsters remain satisfying through the narrative's course with players confronting enemies from werewolves to magical-based, mechanized soldiers. The game's presentation is similar to the Diablo series with realistic-looking characters and villages, in addition to an overall gritty atmosphere and setting.

While the sound effects from exploding enemies to the howls of werewolves aren't anything special, the game's soundtrack sets the tone perfectly with an assortment of memorable tracks. The soundtrack works especially well with various environments in the game's world, which results in the perfect atmosphere for slaying monsters and collecting loot.

The Incredible Adventures of Van Helsing is available now for Windows PC on Steam.
There's nothing quite like spending quality hours slaying monsters and collecting loot and fortunately the game doesn't disappoint in either area. The game is an impressive value as the amount of content far outweighs its low asking price. The Incredible Adventures of Van Helsing is a must-buy for fans of the action role-playing genre.