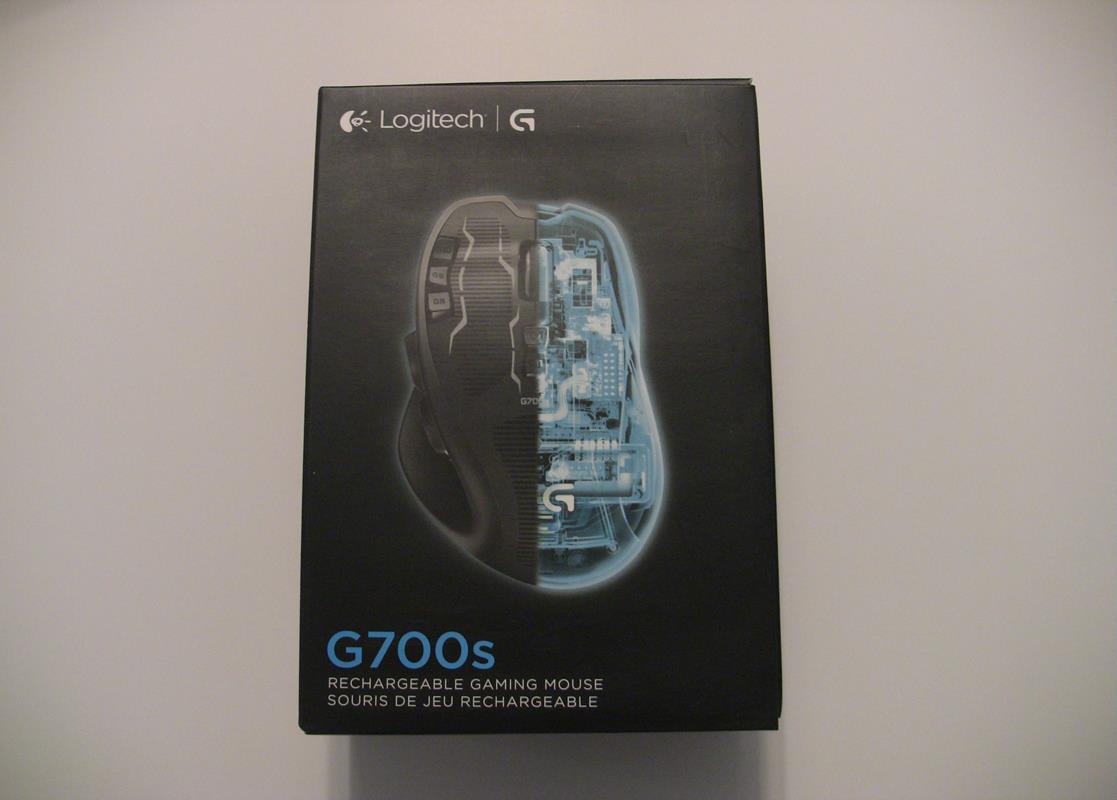 Written by John Yan on 6/13/2013 for PC
More On: G700S
Logitech recently decided to do a relaunch of their G series line of products. For many years, they produced some solid gaming-centric peripherals and they are letting people know they’re pushing the gaming series hard again.

The folks at Logitech were kind enough to send us a few things to review and today I’m here with the Logitech G700S wireless gaming mouse. Now, I reviewed the Logitech G700 two and a half years ago so I’m pretty familiar with the G700S’s shape and button placement.

From the looks of the mouse, the G700S’s physical shape is the exact same as the G700. It’s a right-handed mouse with four side buttons, three index finger buttons, two main mouse buttons, a side scrollable mouse wheel, a quick wheel switch for the wheel from hyper-fast scrolling to a clicky feel, and one more programmable button under the quick switch button. There’s a total of 13 programmable controls which gives you a lot of options. 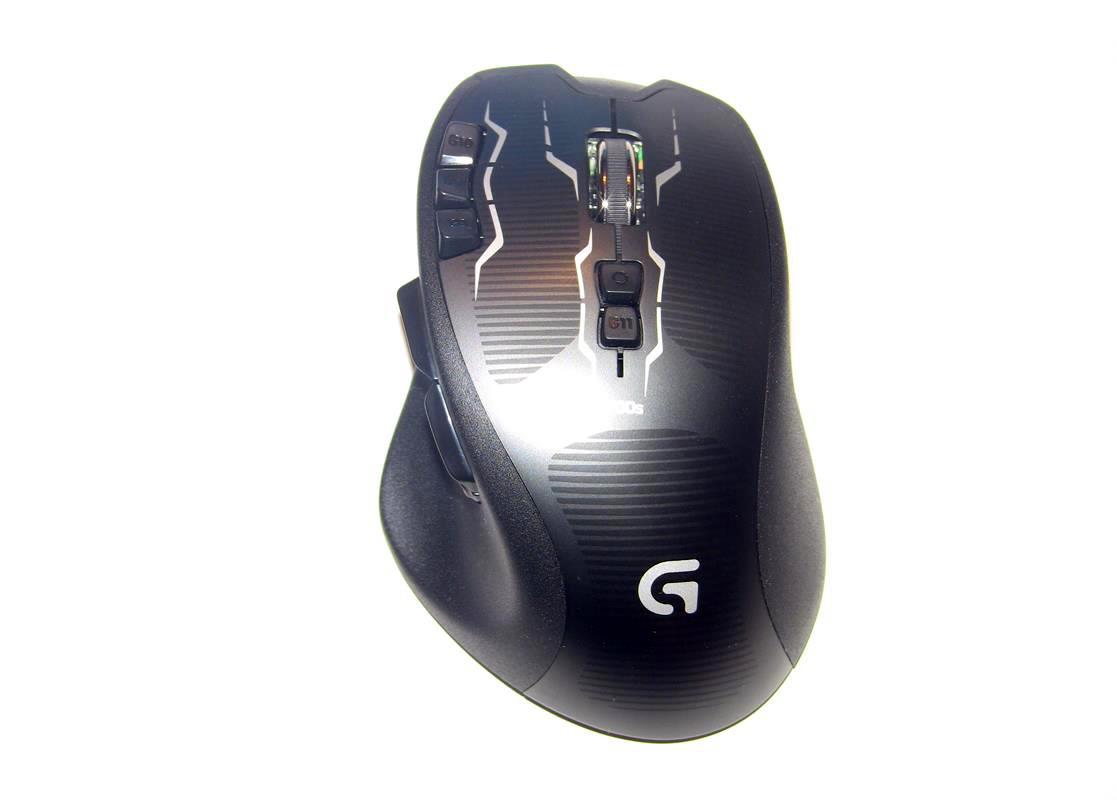 Underneath, the laser has been upgraded from the one in the G700. Whereas the original went up to 5600 dpi, the G700S is capable of up to 8200 dpi. That means there’s a wider range of sensitivity that you can program for. I’m not one to go past 5600 or so, but those that can handle the faster mouse will enjoy the extra sensitivity.

Another change from the G700 is the feet used. The G700S glides noticeably easier and smoother than the G700. While the feet design hasn’t changed, the material used has and it’s given the G700S a nicer glide than it’s predecessor. I could definitely feel the difference switching between the G700 and G700s and much preferred the G700S when moving.

The G700S is wireless, but in my testing the battery life leaves a lot to be desired. I got an average of 8 hours, give or take a few, before I had to plug the USB cable back in to charge. Thankfully, the G700S’s cable acts as both a charger and a data transfer cable so the mouse can be used when charging. With the previous version, I had a small issue when plugging and unplugging the mouse as it would kick me out to the desktop in the middle of a game. With the G700S, that issue seems to be fixed as hot plugging the mouse back into the charging cable or unplugging it didn’t change the focus of the application used or game being played.

Now some folks might think that the mouse is a little more “top” heavy with the wire plugged in. I think it feels fine and as long as you have the cable positioned well, you’ll hardly feel the cable when in use. I think it’s of no concern and used the mouse plugged in for most of the time. 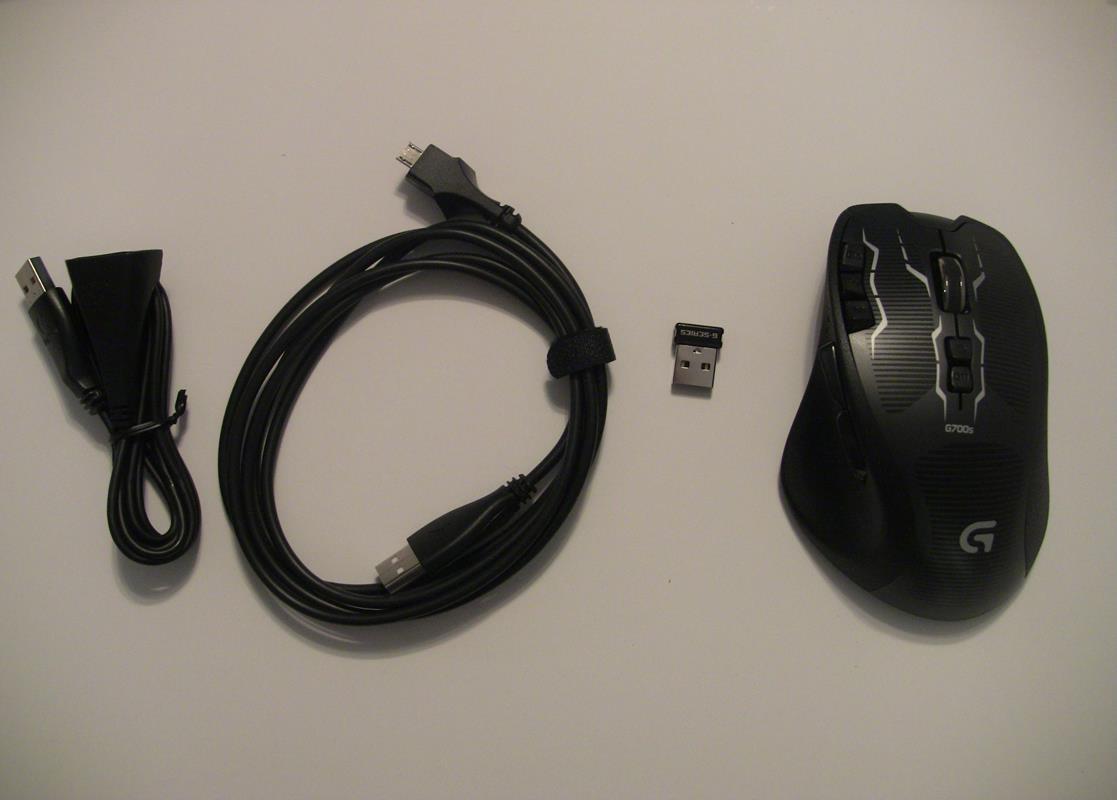 Without any software installed, the mouse won’t let you use the two top thumb buttons and you can't program any of the buttons. Games today, that I tried at least, didn’t natively support the extra buttons. Pressing the buttons near the index finger yielded a change in DPI and an indicator of the battery level. Once you do install the software though, a wide range of options open up as you can tailor the mouse to your needs. Things like macro programming, button programming, and profiles are now at your fingertips and it really does make the G700S one versatile mouse for gaming without overloading you with a ton of buttons to program for.

In everyday use, the G700S did pretty well. I used it for browsing, Photoshop, and development in Visual Studio. So, with these tasks, I didn’t do anything special and had the mouse set at a DPI I was comfortable with. With the G700S plugged in, I had no issues whatsoever. The mouse was responsive and worked well. When using it wirelessly, I had the occasional mouse arrow move wildly somewhere. It didn’t happen often and I would put in on a very rare occasion, but it didn't happen. It wasn’t a distraction in everyday use as it was in gaming though. The shape of the mouse made it comfortable to hold and I really liked how my hand wrapped around it with a rest for my thumb.

As for gaming, when the G700S was plugged in using the included cable, the mouse did a pretty good job. The tracking was accurate and I was able to lock on to targets and headshots with pretty good precision. As with the G700 I reviewed a few years ago, the G700S mouse held up well in gaming, with two exceptions. First off, if you lift the mouse off the desk to move it and set it down, there is a little too much movement for my liking. This lift distance seems a little too high and something that I hope will be addressed in future iterations. I play at a very high DPI so I don’t move the mouse enough to really lift the mouse much, but with lower DPI settings and the need to lift the mouse and reposition it, I noticed the more than desired movement. Secondly, when using the mouse in wireless mode, there was that occasional jitter or extraneous movement that appeared causing some of my gaming to be a little off. I tried plugging the wireless receiver in multiple ports, but nothing seemed to remedy it. I was also using a Razer mousepad that worked well with a wide variety of mice so I didn’t think that would be the cause. And again, when plugged in, I didn’t experience the jitter.

The Logitech G700S wireless gaming mouse is an OK upgrade from the G700. The updated sensor offers higher resolution and the performance of the mouse, when plugged in, is as solid as ever. With wireless functionality being a little inconsistent, the price then becomes a little bit of a negative. Personally, I mostly use the mouse plugged in anyways to make sure it’s always powered and always ready to go. It’s still a comfortable mouse that offers a lot of programmable buttons. If you have the G700, I would say skip this iteration and wait for the next one. Otherwise, the G700S is a great mouse wired, a good mouse wireless, and very comfortable to use.
It's a great mouse when plugged in, but the battery life is a little short and the performance seems to be inconsistent when unplugged. I do really like the shape and the button locations. It's a solid performing mouse, provided you leave it plugged in.