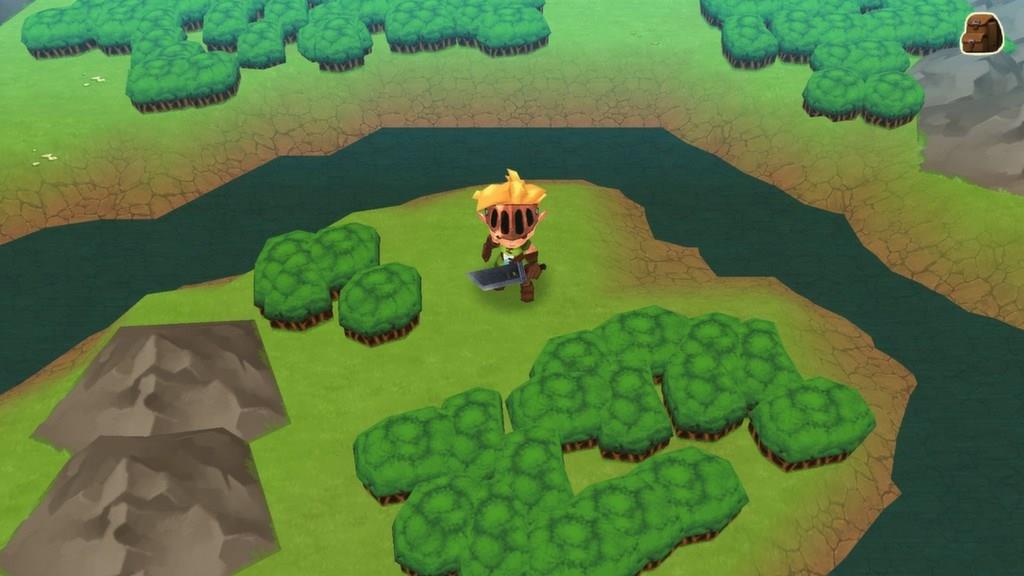 Written by Jeremy Duff on 6/5/2013 for PC
More On: Evoland
They say that imitation is the sincerest form of flattery. We, supposedly, mimic those in which we respect the most. It is pretty obvious that this was the mentality that the development team at Shiro Games adopted when they put Evoland together. The game is filled to the brim with references and kudos to numerous classics from the console era of RPG’s. They respect games like the early Zelda and Final Fantasy games, as well as others like Diablo and that shows through from beginning to end in this adventure. The problem is, that is the only thing it does.
The game focuses on a young adventurer named Clink who teams up with a girl named Kaeris and embarks on an adventure to to recover a magical crystal that will save her village. Yes, those are seriously the names of the characters in the game, proving that nearly every aspect of this adventure is a nod or throwback to those games that laid the groundwork of RPG’s leading up to this quest. In addition to these names, you will also run into a variety of NPC’s with familiar names as well as collecting gil as the currency of choice in this world. You and your pal will explore dungeons and travel though numerous places and settings, but nothing that occurs along the way that you will remember and talk about when it is all done. The entire focus of the experience is for you to have numerous moments of “that looks just like <insert classic RPG game here>”.
Gameplay wise, the game is best described as a mesh between the old-school Zelda titles and Final Fantasy. Most of your travel and a lot of action occurs from a top down perspective, albeit with a very limited arsenal, like A Link to the Past.  Eventually, when you earn the ability to explore the overworld, you will run into random turn-based encounters; these are also what you will find in the game’s various dungeons. The problem with the battles in the game is that they really require very little strategy. It simply becomes a straight forward situation of who has the most health and the biggest weapon; there are no elemental properties or strengths/ weaknesses to worry about. You hack and slash, and hope you deplete their energy first.

If you grew up playing games like early entries in the Legend of Zelda or Final Fantasy series, you will likely be entertained by Evoland for a little while. There are many moments that will put a smile on your face and references to advancements in the genre that will remind you of how simple these games used to be. The problem is that the references are predictable and quite frankly rolled out far too quickly. Before the you have even started on the “main quest” of the game, you have seen most of the “advancements” that the game has to offer; they throw all of their cards out on the table far too quickly and they don’t even make you work for them. I can’t help but imagine what it would have been like had you truly had to work for these enhancements, adding a bit of variety and variation to the experience.
The game starts off looking like something that originated on the original dot-matrix Gameboy. The color pallette consists of bland shades of green and the most basic of sounds; within 5 minutes, it looks like a semi-modern, top-down RPG. You will have earned the ability to walk and attack in a variety of directions and many graphical and interface enhancements. Why don’t I get to spend more than 30 seconds in that pale green world? Why can’t I complete a section or boss fight utilizing some of the archaic imagery?
One of the biggest aspects of an RPG, in my opinion, is the feeing of accomplishment that comes when you hit special milestones in the adventure; when you defeat that first big boss, or when you earn that extra special weapon. These game enhancements could have been those milsestones but instead they are handed out like candy with little reservation early in the game. You don’t even have to work for them, which really sells the adventure and the experience short. 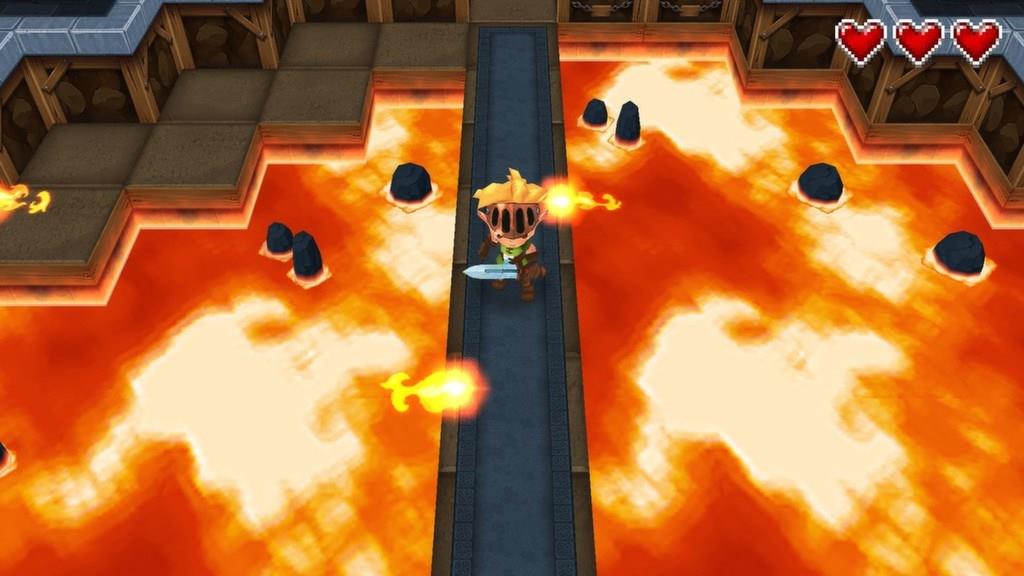 The developers have made some effort to give some legs to the experience with a variety of collectible items throughout the game world such as stars and cards. These are what really drive you to keep playing, and simply for a sense of accomplishment. This is really a missed opportunity in my book as this should have been their leverage for improving the game. Perhaps you could have collected the stars to by the various upgrades to the adventure; that would have made a ton more sense. Instead, the efforts regarding enhancement seem like a competition among the development team to pack in as many old-school references as possible.
Evoland is really ingenious concept and the technical implementation of the ideas are well done. The problem is that there is more put into these moments of nostalgia and reverence than there is in crafting a unique and original world. There is a ton of potential here, but the game fails to achieve it and instead lies on what become cheap laughs and thrills. Plus, if you are under the age of 28 or so, you will likely not even understand a lot of the references and enhancements that the game focuses on. How many people do you know that even know what a dot-matrix Gameboy is, as I referenced above? On the other hand, if you did grow up on the old school RPG games of the 8- and 16-bit eras, the game is worth checking out simply for its brief glimpses of nostalgia. You will at least walk away with a smile on your face; just don’t expect to see a similar game in 20+ years paying homage to any groundwork laid here.
Evoland is a great concept but comes across as more of a “proof of concept” than an original adventure. There are some great ideas here, but too much time is spent paying tribute to its RPG predecessors than it does crafting an identity of its own. Shiro Games has a great concept here, now they need to build on it.