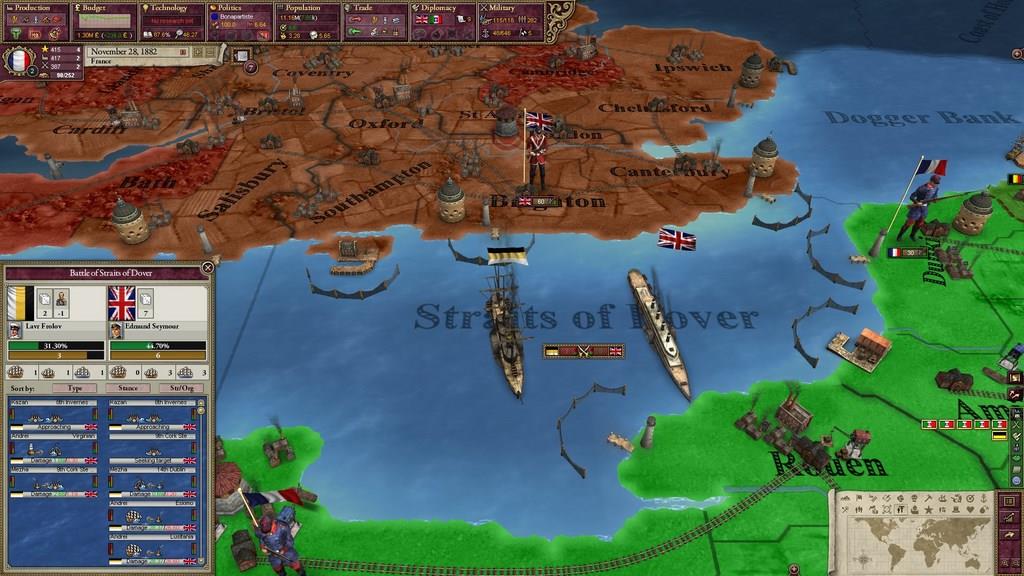 HoD centers its improvements around colonization and diplomacy/wars.  The thing about Europe at this point in time was that, once your nation was all industrialized, it was really tempting to go take over places that weren't all industrialized.  In the United States this took the form of westward expansion, while European countries looked to Africa.  This expansion adds some interesting mechanics to this race for colonies and the potential use of force to acquire them.

Technically, people tended to live in these non-industrialized places.  These people were generally of the opinion that they liked running their own affairs.  This can be a problem if you want to colonize, say, China, which can make up for quality with quantity (and has a shot at industrializing, too).  It is less of a problem if you want to colonize someplace in Africa, where your superior guns, tactics and numbers can quickly pacify the population.  In general, these types of places can be colonized with a fight. 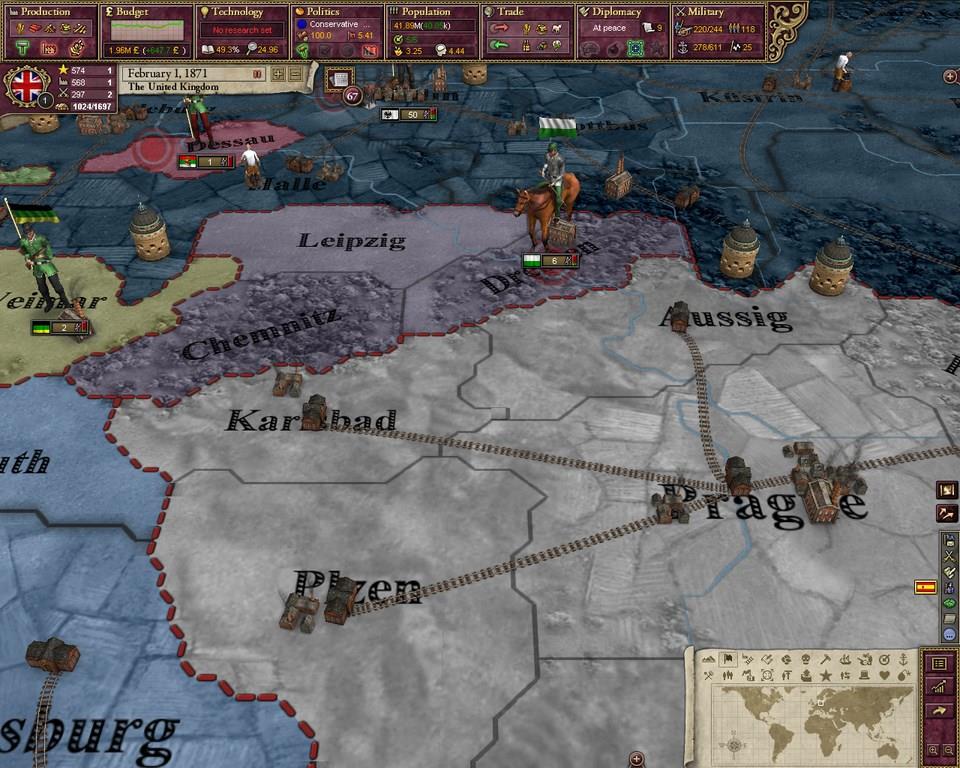 Of course, pacification isn't enough – you will need to maintain control and build up enough support and infrastructure to turn your outpost into a real colony.  This is simulated through the mechanism of “Colonial Points” (CPs).  The basic idea is that you can spend CPs to maintain and improve your standing in a colony.  Your colony starts as a mere Protectorate, costing a small number of CPs to maintain but providing some resources.  If you like a Protectorate a lot, you can spend more CPs and turn it into a full-fledged colony, which costs more CPs to maintain, but also provides more resources.

Spending all these points can impede efforts to colonize other areas, so the smart colonizer spins his colonies off into States and Dominions, which sort of run themselves and still provide some resources, but no longer require influxes of CPs.  Deciding when and where to promote your colonies is important to your county's rate of expansion – promote too slowly and run out of points too fast, promote too fast and lose access to valuable resources needed to continue expanding.

Of course, you are not the only country looking for a slice of Africa.  Other countries can contest an area by attempting to colonize it themselves.  At this point you enter a “Colonial Influence Race”, which basically means the countries involved spend points until one finally spends enough.  This can exhaust your other efforts, and, if it goes on long enough, the nations involved can get mad at each other. 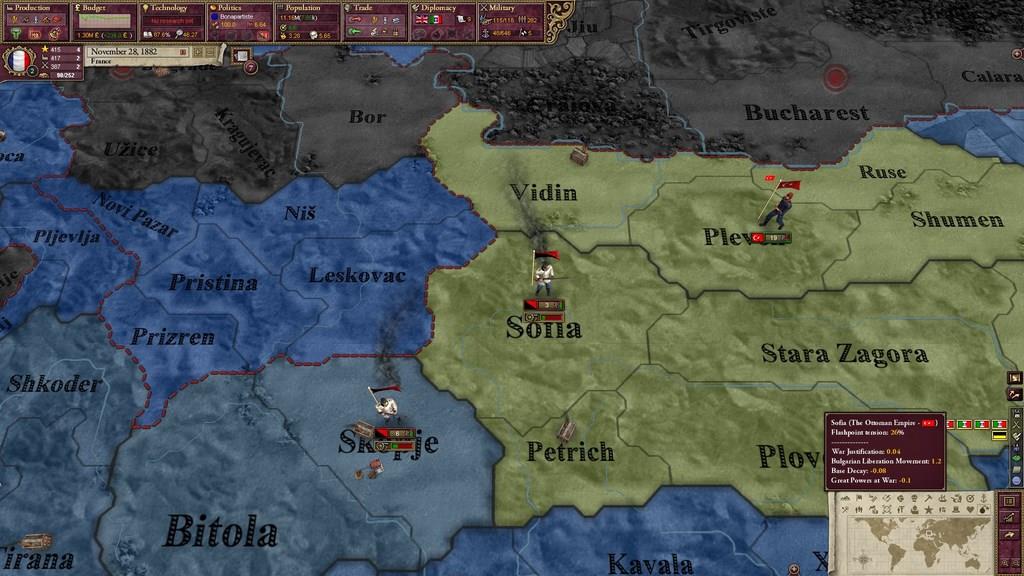 What used to be a simple colony has now become a Flashpoint.  At this point the clock starts ticking and Tensions build.  Enough Tension and a Crisis will happen (yes they use a lot of capitals).  A Crisis is often the prelude to war.  Each Major Power can either remain neutral or take a side.  If two or more Major Powers take opposite sides then the Crisis must be resolved by peaceful means (concessions, bribery) or else a war will start.

A Crisis can happen several different ways, but every time it does there is a pervasive feeling that things might just get a little out of control.  Lots of times nothing happens – a deal is struck and everyone can go home.  It becomes tempting to join one side or the other for whatever reason (avoiding prestige loss, getting shiny things), and most times nothing much happens.  Until that one time when it does, and you're dragged into a major war over some area you couldn't find on the map before this all started.  The Crisis does a good job of giving that “maybe a web of alliances wasn't such a great idea” feeling without all the work of building the alliances.  It's not “Diplomacy”, but it does a good job.

Supporting both colonization and warfare are some improvements to the naval combat engine.  The primary idea is the naval base.  Naval bases control three things: ship size, naval supply, and Colonial Points.  Basically, the bigger the base the bigger the ship it can build, technology and supplies allowing.  Naval bases also generate supplies, which are required to keep your ships running.  All these far-flung bases also find expression in CPs – the bigger your bases, the faster your can colonize.  Some depth has been added to tactical naval combat, also.  You still can't do anything about it, but there are more numbers.

In summary, then, “Victoria II: Heart of Darkness” takes a rough and incomplete game and and polishes some existing facets while adding a couple of new ones.  The biggest additions revolve around colonial adventures.  Countries around the “edge” of Europe will reap the biggest benefits from these changes, as many new options will present themselves.  While not as fun as having the Mayans invade Europe, the features in this expansion definitely make the original a better game.
After some patching and a couple of expansions, Victoria 2 is rounding into shape. It is still deep with a killer learning curve, but it is starting to feel like a fun game rather than a buggy spreadsheet.