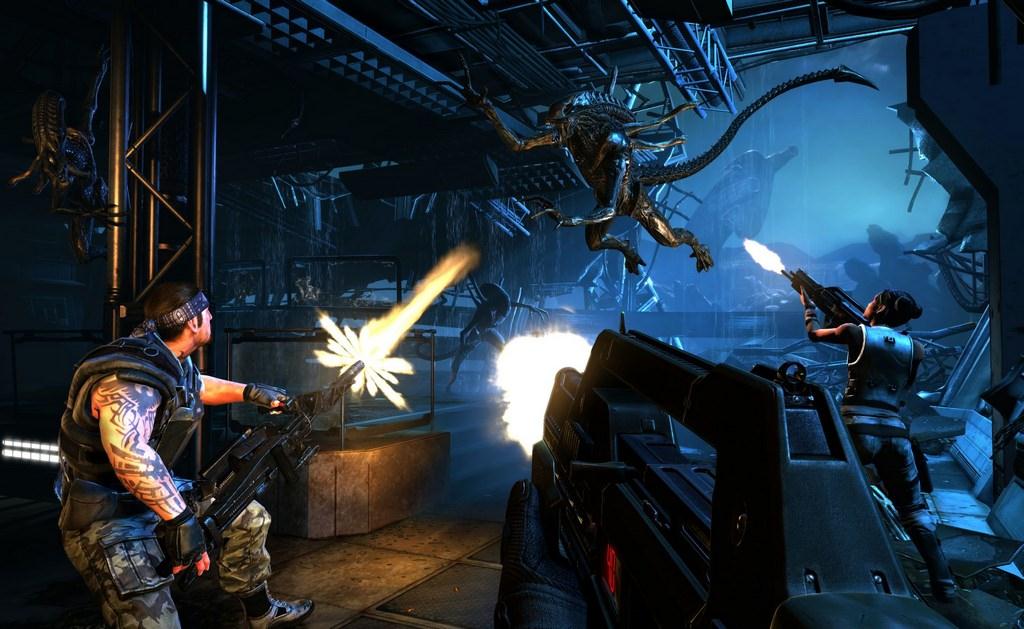 Written by Ben Berry on 3/14/2013 for 360   PC   PS3
More On: Aliens: Colonial Marines
I’ve been reading a lot of complaining from public relations (PR) types and games journalists about why Aliens: Colonial Marines, which reviews have shown to be essentially a turd in a box, got so much hype prior to release. I’m always puzzled at the shock and frustration that people show when a much ballyhooed intellectual property or franchise produces a game that doesn’t live up to expectations. Based on recent history the real shock should be when AAA titles actually live up to those expectations. I have a few theories on why this continues to happen, and how gamers, reviewers, developers, publishers and PR folks could all be responsible.

Lead down the garden path
I’ve been writing about video games for about eight years now, and I’ve been fortunate enough to work with a few of the finest PR folks in the gaming industry. While I’d like to say that honesty and integrity are common traits to find among all PR folks, sadly that's not always the case. Their job in a nutshell is to sell journalists and the public on the game they’re representing. With development costs so high, companies need to sell as many copies as possible at launch to make up as much investment as possible before their games wind up pirated or sitting in used bins at GameStop.

A good PR person sells you the game on its merits: whether the game is a AAA title or a bargain title priced to move, they’ll tell you why it’s worth buying and won’t try to sell you on things that the game isn’t. Looking back across my review history, I’ve been lucky enough to play mostly quality titles. I’ve also played some real clunkers and some of the games that I thought were going to be really fun because of the info I was getting from the PR folks turned out to not be worth playing. Remember that until a writer is “hands on” with a game, they’re only working from what the PR team gives them. I can tell you it’s tough not to say positive things about a game that looks really good from screenshots or a little in-game footage, especially when the PR person is giving the writer the full-court press.

Bad builds
Apart from writing about video games, I’ve been employed in software development for the past 15 years. I’ve never written or worked on a video game, but I’ve written software for the retail market for both Mac and PC, and I’ve worked the past nine years entirely on the design side of software. I mention this to provide a little background that I understand full well the effort behind design, developing, releasing and supporting a software product. Regardless of the industry, if you’re putting out a piece of software, there’s a massive amount of work that goes into it. Sometimes that work gets done, and sometimes it doesn’t.

I’ve been on development teams that really, truly care about the craftsmanship of their work and making sure customers get what they want, and I would say the majority of software teams fall in this bucket. But I also have witnessed bad work environments, recent failures, and unrealistic deadlines that turn even very good development teams into a toxic group whose only goal is to reach “done” regardless of the quality of the end product. And I’ve also seen bad or poorly constructed teams do even lower quality work, which is part of why you see so many games cancelled. Sadly, in many cases, testing is simply not given the time or involvement needed in order to counteract some of these kinds of problems, whether by lack of forethought or the reality of moving too quickly towards unrealistic deadlines.

All of the above is made worse in the nightmare scenario of multiple development companies handing off code to each other when a lot of work has been done, but very little has actually been completed.

Cutting them off at the knees
As I said, most development teams are quality groups who care about putting out the best work they possibly can. I’ve spoken to a lot of game developers over the past few years and many of them are not just passionate about writing good software, but they want their game to be fun to play, because they’re all gamers, too. But no amount of want or skill can make up for poor decisions made at the top by publishers. Software is all about setting the line where “done” is, and if that line gets set before the work is really complete, no amount of quality along the way in terms of design or development is going to fix this problem.

On the other end of the spectrum, these days games get delayed all the time because the work is progressing too slowly, or the results don’t meet with what the designer intended, or any other number of issues. Unfortunately games can’t just be put off indefinitely because companies need the products to be finished to pay for the overhead of developing them. Further, publicly traded companies have to deliver results quarterly to the markets, and if a game gets pushed back the value of that company to its investors is negatively impacted. Finally, we’ve seen what nearly-infinite delays do to games like Duke Nukem Forever; long before it is released, it becomes the punchline to a never ending string of jokes, and it’s difficult to overcome the perception that a game is going to stink before it’s ever even played (not that DNF didn’t stink, but had it been released on time, it probably wouldn’t have been seen in the same negative light).

Due diligence
With an average of almost two games per day released in 2012 to the major platforms (and untold hundreds of indie and minor releases) determining the wheat from the chaff is nearly impossible even with a staff of a dozen-plus writers. I’ve heard concerns that “quality indie or low budget titles get ignored while the Colonial Marines got lots of front page press.” There will always be games no one on the review staff plays; whether it’s because we don’t have a press contact with the publisher, or that simply no one has a particular interest in it happening.

Also, the fact of the matter remains that game journalists and reviewers are just fans who have (hopefully) learned to establish at least a little emotional distance. It doesn’t mean we’re immune to the excitement that the next Star Wars or Batman offering is only months away and we really want to play it. Those facts, compounded by pressure to finish a review and get onto the next game so we can keep page hits up, make it all the more challenging to spend the right amount of time on a review. Throw into the mix that many game journalists aren’t blessed to have game journalism be their only job, and that page hits are now part of the determination of what gets a site in the door at some of the bigger conferences, and the time crunch becomes ever more imperative. 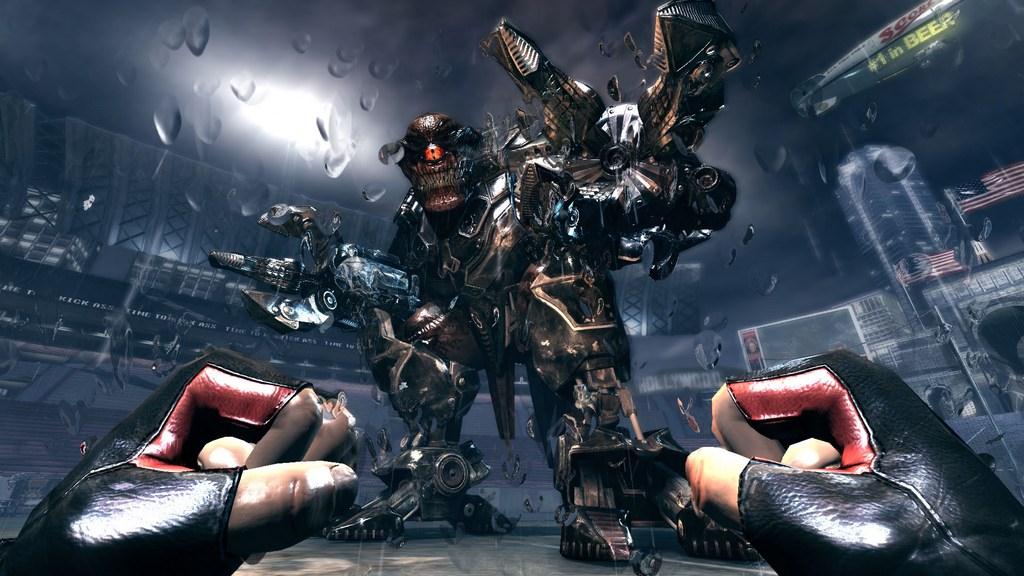 The Night before Christmas
As a gamer, I cannot tell you how many games I’ve been unbelievably excited to play over the years. Even after I started writing and reviewing and learned how they “make the sausage,” so to speak, my expectations for top-end titles were only dampened slightly. When Star Wars: The Old Republic was announced, I read as much as I could and watched every video released. While SWTOR turned out to be a pretty good game and I felt satisfaction when I finished the main storyline, I don’t think the game even now lives up to its premise and hype. For every Batman: Arkham City, we see ten games based on popular intellectual property (IP) that don’t do well.

Part of that is the combination of the factors I listed above, but often times it simply comes down to expectations. We each have in our minds what it should look and feel like when our character is swinging from Spidey’s web, force choking a subordinate for coming out of hyperspace too close to the Hoth system, or punching the Joker’s lights out. Even a perfectly executed game that delivers on all of its promises can’t reach those places in our minds, simply because gaming is not reality. Force feedback isn’t the Force, and as much as developers try to put us in that place where we can suspend our disbelief, when the subject of the game is something we know inside and out how could it ever be what it is we truly want?

Knowing that this won’t be the last attempt to capitalize on that want, maybe what we should take away from this is that we can all do our own part to look for the best in games, and not just the most well-known names. Or maybe simply play what you love and not worry that what you love others don’t. As a writer, these situations remind me to be more careful in what I recommend, and as a gamer more careful in what I believe from what I read.

But I won’t let it stop me from hoping that one day soon I’ll get to play a game that makes me feel exactly the way I want to when I’m playing or have finished the game.