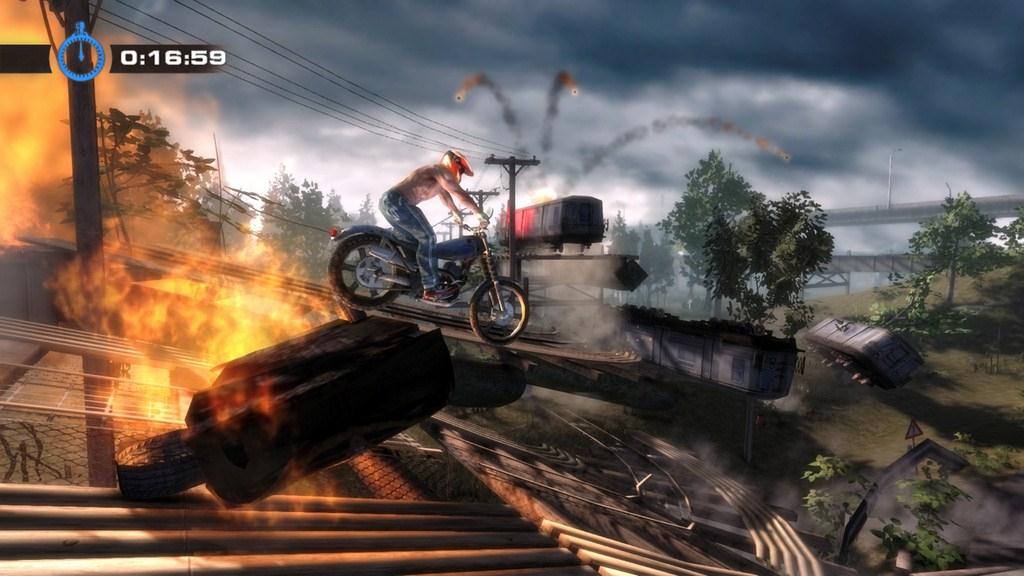 Written by Charles Husemann on 2/20/2013 for PS3   Vita
More On: Urban Trial Freestyle
Urban Trial Freestyle was released for the PlayStation 3 and Vita this week and we had a few questions about the upcoming racing games and luckily we were able to get them answered.

Could you please introduce yourself and talk about your role on the project?
Hi, I’m Wojtek Bilinski, my role in the project is Head of Development so it's like creative
manager. My responsibilities are to stay on the track with the development, and that means to manage it but also to look for or evaluate ideas that are suitable for the project from game design perspective.


How did the idea for Urban Trial Freestyle come about and could you talk about the inspirations behind the game?
When working in video games you always need to be developing new concepts and ideas. One such thing we developed was motorbike physics. And this is how it started – from a single module that we thought would be a very good base to begin building a game. Trial games are great and mostly undiscovered on big platforms so we thought it was a great and exciting concept to bring it to the PlayStation community.

Ever since the game’s reveal, it has been compared to Red Lynx’s Trial series. Is that a valid comparison and what differentiates Urban from that series?
Urban Trial Freestyle is a trial sport game with realistic visuals, same as Trials HD, so these are two of the same features. But this is also the end of resemblance. UTF environments, motorbike physics and gameplay features differ a lot, as well as its online features and game modes. Plus Urban Trial Freestyle is available to the PlayStation community!

We have worked closely with Julien Dupont, the godfather of the urban trial sport to capture this unique urban-freestyle look and feel of the game -- whereas Trials HD is much more of an outdoor event.


Could you talk about the five different environments that will be included in the game and how they vary?  Were there any environments that you started working on but scrapped because they didn’t work?
All of the game environments circle around urban areas, so we have the downtown area, industrial, underground, outskirt and train depot. Urban Trial Freestyle covers the most interesting parts of a city in terms of extreme freestyle racing. In terms of environments, we knew from the beginning that this game had to focus on the urban.


For you what are the elements of a great level?  On average how long does it take to craft a level?
With Urban Trial Freestyle, there are three main elements of a great level – the way the obstacles are set, the environment, and the special effects that make the environment interactive. When we created a level, first we set the theme and then, with that in mind, the designer built the track from the sets of obstacles. When the track was ready, the art team worked on special effects and building the environment out. The last step was lighting. The average time was around two weeks per level but that doesn’t mean that each level was done within such time. It’s just a general working timeframe to create primary elements. Along the process there are new implementations, focus tests, bug corrections and optimizations so we definitely had to go back to each level from time to time throughout the whole development process. 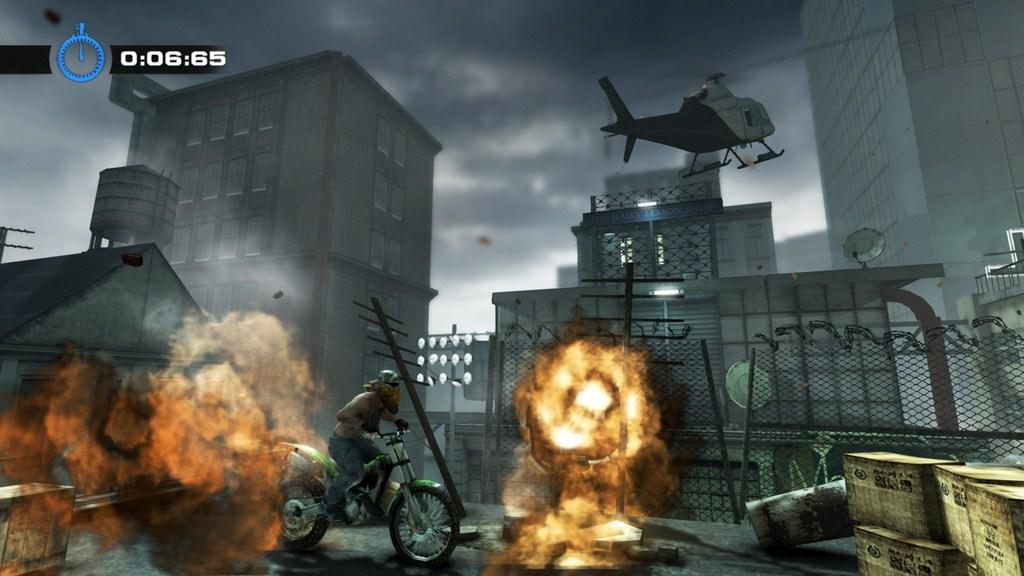 Do the different bikes in the game impact how you get through a level?  How many bikes will players have at their disposal and how are they unlocked?
The key to getting the highest score is to find the best balance between speed, acceleration and handling of your bike. You influence these parameters with three parts: engine, chassis and wheels. Each of these parts has four choices, ultimately giving the player a total of 64 combinations. If you maximize speed parameter for example, your handling decreases, so you will perform better in Stunts like Highest or Longest Jump but worse in Flip Meter.

When you want to beat a particular Stunt, the choice is pretty simple, but when you want to set a new record for the whole track, there are lots of combinations to try.

To get new parts you need to collect cash scattered on tracks (also in hidden parts).

Since the PS3 and Vita versions of the game are identical in terms of their content, will the games support the Cross Save feature utilized in other Sony games?  What kind of changes (if any) did you have to make to get it working on the Vita?
Actually both versions differ a bit. The PS3 version has more events in the background like police chases, pedestrians, etc. We decided not to put those background elements on PSVita, mainly because it’s a portable console and usually play conditions are harsher. Too many events happening on small screen could spoil the fun coming from sharp gameplay, when the player needs to focus. Also the PS3 tracks are a bit longer than those on PSVita since typically a bigger screen lends to a player staying focused for a longer period of time. Eventually, we decided not to implement a cross save feature. 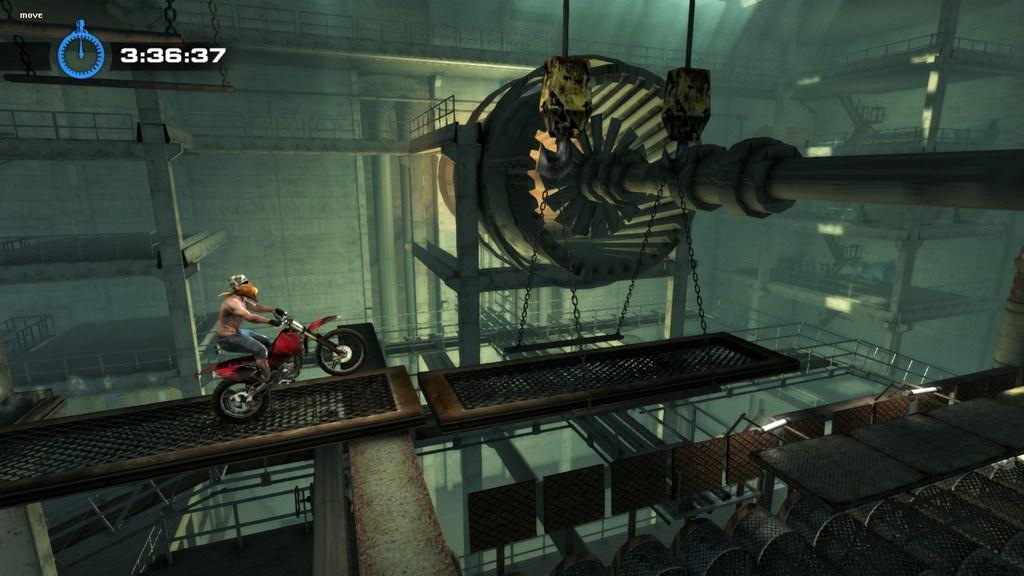 One of the key items that helped the Trials series achieve its success was the inclusion of a level editor. Will Urban Trial Freestyle include a similar feature? If so, what sort of options will be available for sharing and distributing your creations?
There is no level editor in PS3 or Vita version of the game. Urban Trial Freestyle has very complex background in terms of visuals and animations. It would be too complicated to edit tracks with a standard controller.  It doesn’t mean that we won’t release a level editor in the future, but first we need to decide how to optimize the environment to make it possible.

On the official product page the 3DS is also listed as a platform for the game.  Do you have a timetable of when that version will be out. Could we see the game appear on the likes of the Wii U or XBLA digitally in the future?
3DS should be announced by Tate Multimedia pretty soon and is developed by Srangelands team from UK. Our team is focused solely on the PlayStation platforms. 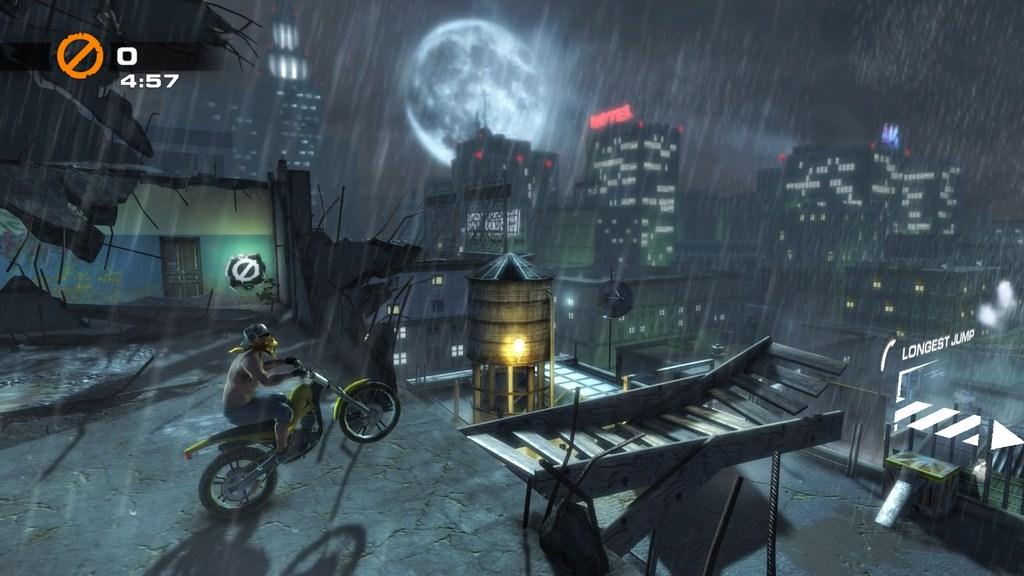 Can you explain a little bit how you are taking advantage of the social features of these two platforms in order craft the multiplayer experience in the game? How do the leaderboards work?
OK this is pretty huge. Urban Trial Freestyle doesn’t have typical multiplayer but it does take advantage of many online features.

There are three game modes: Stunt Mode, Time Attack and Challenges.  In Stunt Mode, when riding the track, the player has special goals to perform which we call Stunts (Highest Jump, Longest Jump, Precise Landing and others). Each of these Stunts has a separate Leaderboard, so with 20 tracks in Stunt Mode and several Stunts on each track, that gives around 100 Stunt Leaderboards.

The idea behind the Stunt Mode is that you can either go for total track score (also with Leaderboard) or just play with any one of the Stunts to prove your trial skills. Next to each Stunt there is a Billboard, which displays the best player’s profile. You can set that Billboard display to either best worldwide player or just your friends. So the player can easily repeat a small chunk of gameplay, until he or she sees his photo (PSVita) or avatar (PS3) on the Billboard and when s/he does, it’s a very rewarding feeling.

Time Attack features racing against Ghost. Same as in Stunt Mode you can choose to race against worldwide players, friends or just yourself.

In Challenge mode there are several tracks based on exotic mechanisms and also all of them feature separate Leaderboards.


What are three things that players should do when they first get the game?
1.Connect to Playstation Network
2.Feel the bike physics with first tutorial levels
3.Enjoy!

Is there anything we missed that you think is important?
Check out Julien Dupont videos on YouTube and get a taste of what is coming into your hands.

We'd like to thank Wojtek for taking the time to answer our questions as well as Alissa who helped coordinate the interview.