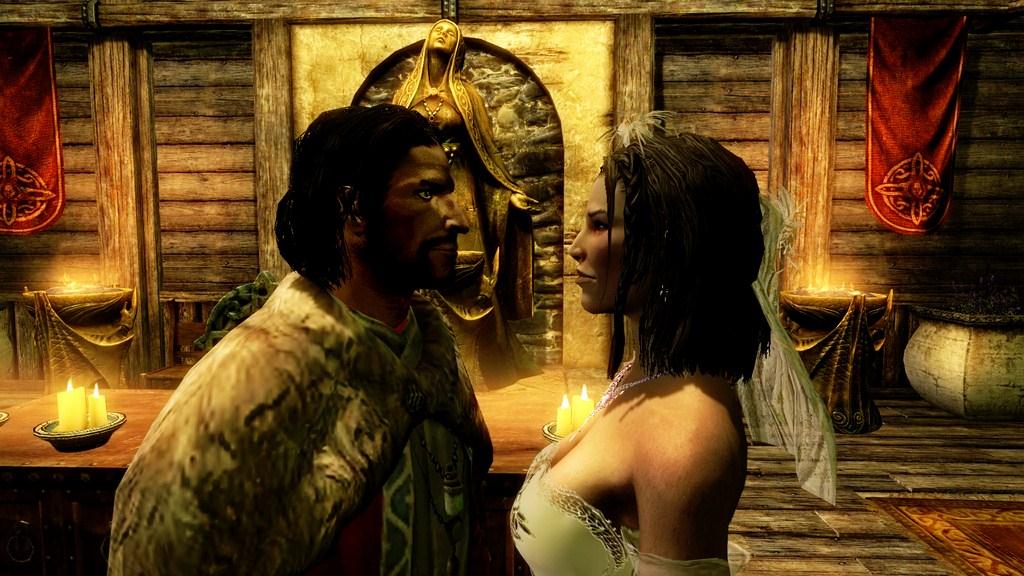 The worst escort ever?

Written by Randy Kalista on 1/24/2013 for 360   PC   PS3
More On: Assassin's Creed 3 The Elder Scrolls V: Skyrim
Brian didn't look so good. He showed up to Algebra II class and sat down next to me with his tube socks pulled up over his JNCO jeans. “Yep,” he said. “I broke up with Natalie, dawg.”

But that breakup didn’t last long. Brian and Natalie, who’d been together since we were rolling 20-sided dice in the junior high library, wiped tears from each other’s cheeks a week later, kissing each other with their tender, mousy kisses. Then we all graduated high school. I put my hacky sack up on a shelf and walked with Brian to the mall so he could buy Natalie a diamond ring. He didn’t ask me what I thought, but he did ask me to be his best man. This would be my first real-life escort mission. You know, like the escort missions everyone dreads playing in video games.

“You’ll know what to do,” my dad told me later that day. I think my dad was stunned, too. The ink hadn’t even dried on Brian and Natalie’s diplomas, yet here they were, ready to add a marriage certificate to the pile. And here I was, barely 18 years old, haphazardly accepting the highest honor a friend can give another friend in a public ceremony.

My dad’s faith in my abilities was misplaced. I, in fact, had no idea what to do. I hadn’t attended a wedding since I was in grade school, and at the time, no, I hadn’t taken notes on the roles and responsibilities of a best man. My dad, an ex-Navy aircraft mechanic, tied my tie, and then I stood off to the side of a Southern Baptist church podium while Brian and Natalie stood facing each another.

We then walked over to the reception where I got bored and told Brian and Natalie that I was leaving. “You’re leaving?” Brian asked. “But we haven’t...” and that’s where Brian could’ve filled in any number of things we hadn’t done yet. Things that I, as the best man, was supposed to be present for. We hadn’t served food, hadn’t cut the cake, hadn’t toasted the newlyweds, hadn’t opened gifts, and hadn’t watched the father-daughter-mother-son-aunt-uncle-grandma-grandpa dance.

After I left the reception early, I joined the Navy. Escort mission fail.

After I’d bounced out of Brian and Natalie’s wedding and into boot camp, the Navy sent me to Guam. I was in the military, sure, but I was an administrative clerk, in a branch of the armed forces that’s regarded only slightly tougher than the Coast Guard, clocking a cozy 8-to-5 schedule, on a palm-treed and sandy-beached island in the middle of the Pacific. I stopped starching the military creases in my dungarees, bought some board shorts, and had every weekend off. It’s not the kind of stuff you brag about on Veterans Day.

But the friendships were deep. My friend Hadley got a fresh buzz cut and smiled his Eminem-with-a-broken-jaw smile. He pulled out a diamond ring. “Will you be my best man?” He asked. 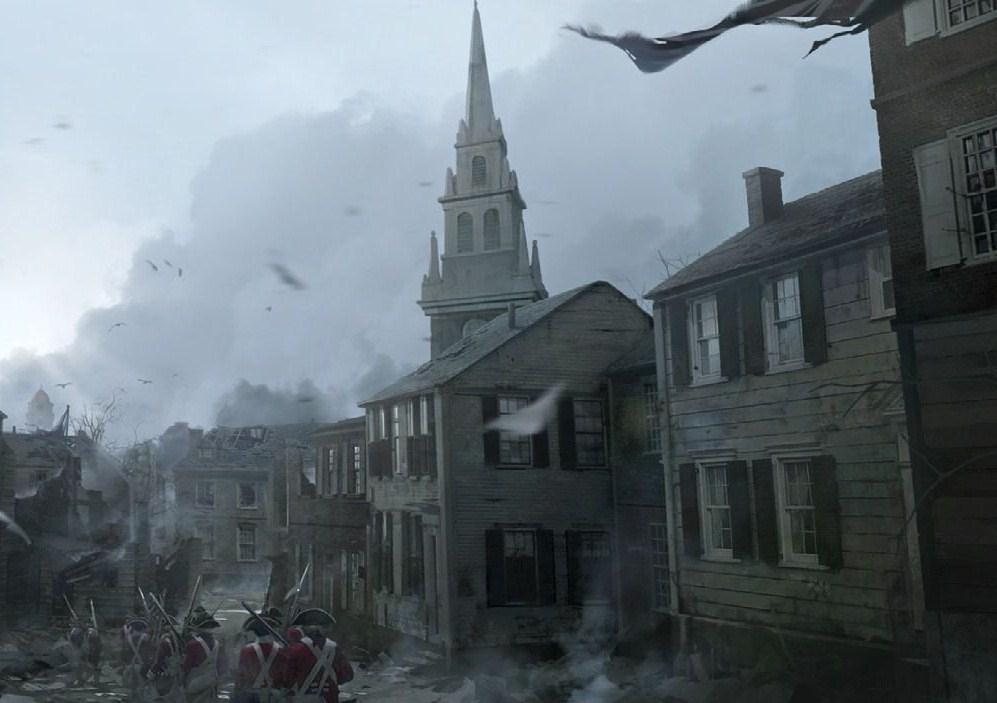 I called my dad. He had more advice this time. “Your most important job,” he said, “is to make sure no one messes with his car while he’s getting married.” The phone started to crackle. “Other than that, you’ll know what to do.” No one overestimates my knowledge base more than my own father.

Later that week, I drove to the Justice of the Peace’s office and met up with Hadley and his fiancee. Escort mission number two commenced. It wasn’t a church wedding, but I suddenly felt like I should’ve gotten rice. I wanted to throw rice.

I got to the rice aisle of a nearby market, but then remembered a piece of (misinformed) advice: rice expands in a bird's stomach and kills it. I didn’t want to leave a flock of exploding birds outside of the courthouse on a wedding day. I'd have to save that for a special occasion. So I changed my mind about the rice and looked for bird seed instead, thinking that would have the same confetti-like effect after the wedding, but the birds might appreciate the lack of exploding stomach walls.

I couldn’t find bird seed, so I drove back empty handed. Mr. and Mrs. Hadley had already been married for twenty minutes and driven back to the barracks. Once again, I had wandered outside of my mission’s designated parameters.

Skyrim finds a workaround to most escort missions. They’re more like rendezvous missions. You talk to a character, they mention a location, and then they take off running to meet you there. But if my day planner is empty and I’m feeling focused, I’ll try running with that character to the destination.

But without the benefit of a map -- and only a rudimentary understanding of roads -- characters in Skyrim take paths that resemble those crazy dotted-line Family Circus comics, where little Billy turns a regular point-A-to-point-B trip into a point-A-through-Z odyssey. Skyrim characters will run along just fine, then suddenly stop, stare at you, blink a couple times, head halfway up a hillside, back down into some whitewater rapids, and then punch a grizzly bear.

I managed something similar the third time I was asked to be a best man.

Catholic weddings can already take a circuitous route in their ceremonies. During the rehearsal, as my soon-to-be brother-in-law’s best man, I had to stand, sit, kneel, rotate, pivot, and do-si-do my partner multiple times over the course of two hours. Untie the rings from a ribboned pillow, hand a basket of coins to the groom (it’s a Filipino thing, apparently), give the groom’s parents a candle, there’s a scarf draped over the kneeling couple, an extra-long strand of rosary beads over that, and then I prepared to sign the marriage certificate as a witness.

The next day, the day of the wedding, when I should’ve been chilling with the groom in the church basement -- on a low-key escort mission, essentially -- I was instead taking one of those over-the-river-and-through-the-woods Skyrim routes up, down, and around the building. I had to assemble a steamer for the bridesmaids’ dresses, pin the boutonnieres on the dudes, look for the priest with the wi-fi password, assemble a Grooveshark playlist, gloss over my notes for the toast, find out the password isn’t working, so now it’s classical music instead, and then insist over and over to the guests that, no, the bride didn't want to do a traditional Filipino “dollar dance” during the reception,

“Where’s the best man?” one of the groom’s non-best men asked. Amidst the hullaballoo, I run down to meet him in the church basement, stop, blink a few times, run halfway up a hillside, back down into some rapids, then continue on my way, trying to handle the other tasks that happen behind the curtain for a groom on his wedding day.

At least this time I stuck around for the reception. Escort mission accomplished.