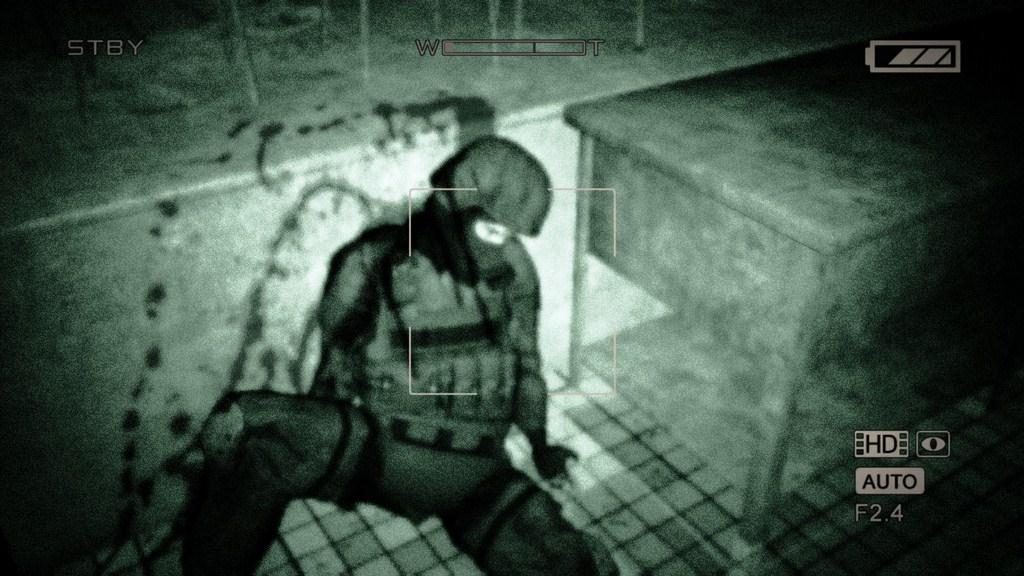 Written by Travis Huinker on 11/16/2012 for PC
More On: Indie Spotlight Outlast
Indie Spotlight is a weekly series at Gaming Nexus that explore the origin and development of unique and innovative games designed and produced by independent developers. Each article includes a developer interview that focuses on examining the concept and design processes involved with each project. Indie Spotlight strives to showcase new and upcoming games that range from a variety of genres and development studios across the world.

While still early in the development stages, Outlast from Montreal-based Red Barrels is a promising take on the survival-horror genre in which players are tasked with investigating the abandoned Mount Massive Asylum that's located in the mountains of Colorado. As independent journalist Miles Upshur, players aren't equipped to face the horrors that he discovers within the asylum and instead has to focus on surviving by any means possible, which entails chase sequences similar to the scripted footage created for the game's trailer.

If the trailer is any indication of the potential storytelling prowess, Outlast is sure to contain many conspiracies and twists in the course of its narrative. With the game still early in production and the desire to keep secret the mysteries of Mount Massive Asylum, not much information is available in regards to its underlying narrative. In the interview, developers behind production of Outlast provided further information on aspects ranging from the game’s inspiration to various gameplay objectives.

We left are jobs early 2011 and started working on our concept and trailer. Once the trailer was done, it took several months to find the money and get the company running. The team is now 8 people, plus contractors for sound (Game On Audio), music (Samuel Laflamme) and script (JT Petty).

Philippe and David, meanwhile, worked together on Prince of Persia: The Sands of Time and Assassin’s Creed. Before the end of Assassin’s Creed, Philippe joined Naughty Dog, where he shipped Uncharted: Drake’s fortune. After that, he came back to Montreal. After Assassin’s Creed, David shipped Splinter Cell: Conviction.

What was some of the reasoning and decisions behind creating a survival-horror game? Does the team have any particular inspirations from other games or films?
David and Philippe have been dreaming of making a horror game for a while, and Amnesia: the Dark Descent proved there was a strong market for a real survival horror game. We felt like our past experience with stealth games and platformers would allow us to create our own mix. When Hugo showed us the clip Rubber Johnny from Chris Cunningham (warning: disturbing content) we felt like we had an interesting lead to pursue!


Creating a successful game that combines both elements of survival and actual frightening horror is no easy task. How is the team approaching the development of Outlast in providing a game that will truly frighten players?
What’s different about making a horror game is you can’t play over and over again and still have the same impact. If you’re working on a shooter, you can the play the same setup several times and still have fun. But with a horror game, fun is not the focus. What matters are the emotions the player feels. We have to remind ourselves that less is more and never forget our core pillars and, of course, a lot of playtests will help.


Could you provide some further details behind the setting and history of Mount Massive Asylum? How much freedom will the gameplay offer in regards to taking different paths and exploration within the asylum?
Mount Massive Asylum was built in the first half of the 20th Century, and many unpleasant things took place there.  Discovering its history will be part of the game.

On a high level, the game will be linear, but it will be split into more open sections where players will have to explore in order to figure out what they need to do to move on. 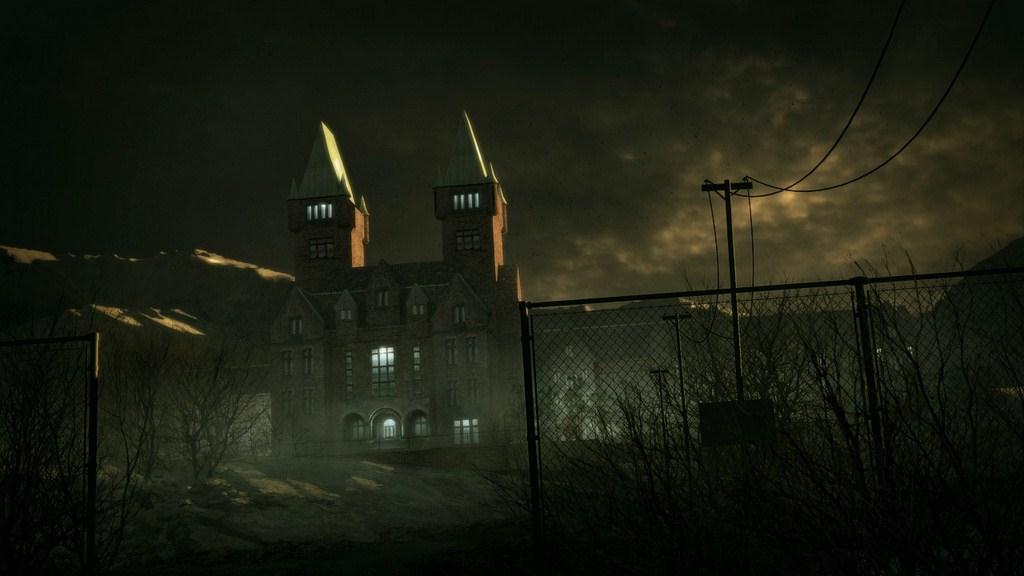 Other than trying to escape from the asylum, will there be any additional gameplay objectives or tasks that involve the protagonist's role of a journalist?
The player will have to record scenes with his camcorder. These scenes will unlock key information to better understand what took place at the asylum.


Will the player be given any types of weapons to fight back in Outlast? If not, which options do they have for escape, such as running or hiding?
Fighting is not part of the core experience, but players might have a few surprises along the way. Other than running and hiding, players will be able to block the enemies' path. But the focus is really on how we can make the chases as exciting as possible by using the layout and the player’s abilities.


Difficulty can be a complicated matter in survival-horror games in which it's often challenging to balance entertainment and reward between outright frustration. How is the difficulty being approached in Outlast?
Our focus is on emotions, not on gameplay and challenge. That makes it much easier to balance the difficulty. 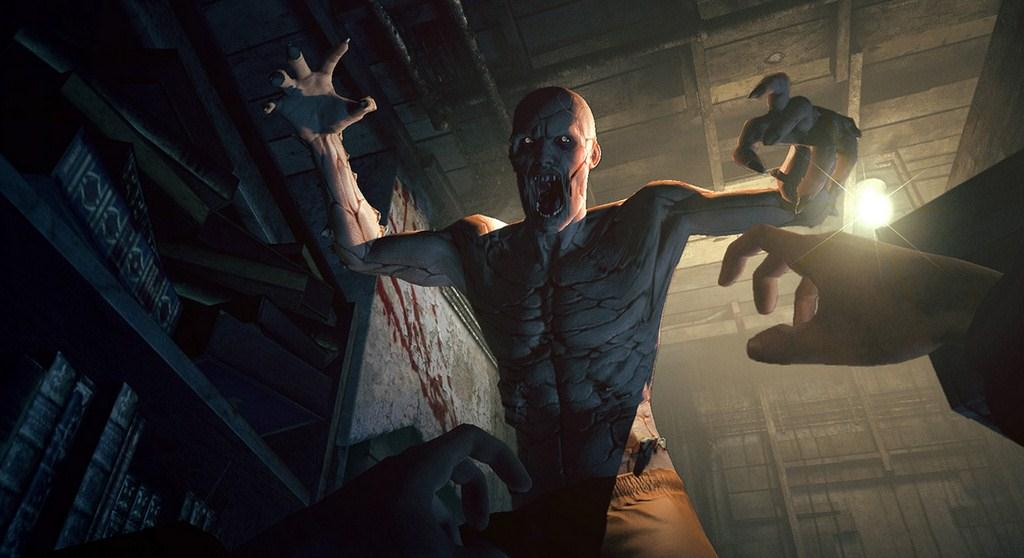 What have been some unexpected challenges or obstacles experienced thus far with the game's development?
Finding the right pacing is the hardest. We have to leave room for mood and tension and figure out when is the best time to trigger experiences.


Is there anything we missed that you would like to mention about Outlast?
We’ve had a lot of questions about this, and wanted to say that game definitely isn’t set as a PC exclusive. We hope to port the game to as many platforms as we can down the line!

The past development experience of the developers in addition to the strong inspiration for a creating a survival-horror game are promising aspects indicating that gamers are in for a truly frightening fight for their lives when they visit Mount Massive Asylum. The right balance between survival and horror elements is no easy task in games as the player truly has to be scared and at the same time not lose immersion from unnecessary action set pieces or overly-abstract narrative concepts. Gamers remotely interested in unique and truly-frightening survival-horror should keep a close eye on the development of Outlast, which is scheduled for release next year on PC.

We'd like to thank Hugo, David, and Philippe for taking the time to answer our questions.