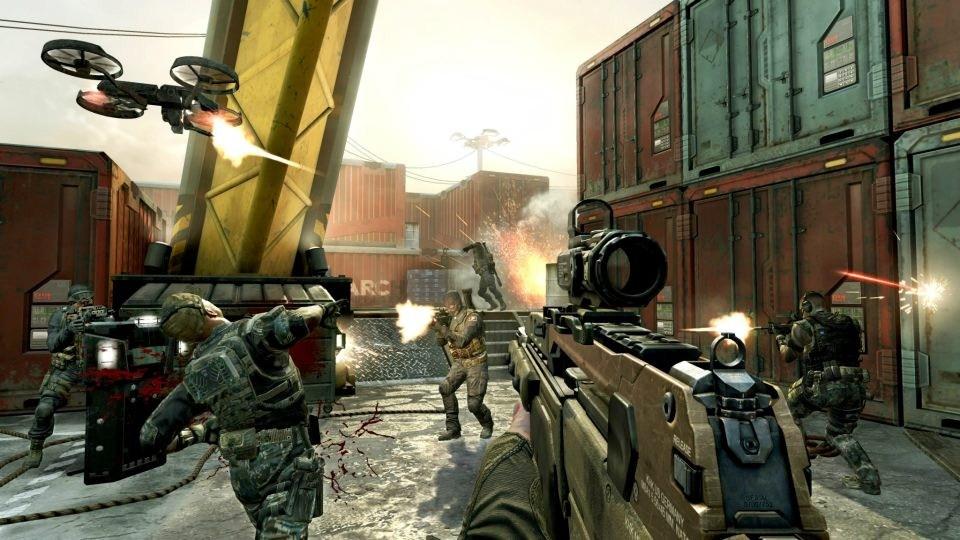 Written by Nathaniel Cohen on 12/5/2012 for 360
More On: Call of Duty: Black Ops 2
At this point, do people even read Call of Duty reviews anymore?  I imagine that the percentage of people who just now decided to give Call of Duty a try is pretty slim and everyone else has long since made up their mind about whether the franchise is for them or not.  Multiplayer-focused first person shooters do tend to be the most polarizing of videogames - even moreso than role-playing games - after all.

Well, wherever you fall on that spectrum, you’ve obviously made the choice to read this Call of Duty review so you must have a reason, right?  Anyway, this is for you, you crazy undecided gamers.

The “Black Ops” after “Call of Duty” signifies that the CoD pendulum has swung back to Treyarch, and Black Ops 2 (forever known as Blops 2) continues the story of Alex Mason as he moves beyond the shenanigans from the original Black Ops and tries to settle down with his son in Alaska.  Since that wouldn’t make for much of a Call of Duty game, he’s quickly thrust back into action in 1986 Angola to rescue a fellow soldier.  From there, all the stuff hits all the fans and we’re treated to a story about revenge, loss, and robots.  Yes, robots.

Okay, they’re technically unmanned drones, and in Blops 2’s other storyline, set in 2025 and starring Alex’s son David who is a member of the Navy Seals stationed on the USS Barack Obama (seriously), you’re fighting to unravel a terrorist plot involving quantum computing, rare-earth elements, and touching off World War 3.  You see since China holds a monopoly on rare-earth elements (which are a required part of sending and receiving wireless data via smart phones and combat drones) and the United States of America’s whole military in 2025 revolves around the use of combat drones, China and America are locked in a sort of high tech cold war and certain individuals are desperate to exploit that for their own ends.

The story is told through two separate, yet completely intertwined, stories.  Starting in 1986, Alex Mason and the CIA try to capture or kill bad guy Raul Menendez while in 2025 David Mason and the other members of his Seal Team are tasked with uncovering a terrorist plot connected to bad guy Raul Menendez.  The 1980s sections play out like older Call of Duty titles set in WWII in that it’s just you, your gun, some grenades, and some sort of knife against the world.  The 2025 sections play out like a sci-fi military fetishists dream come true, and honestly it was the more interesting of the two.  Besides a whole slew of modern and near future guns (like one that fires a burst of explosive flechettes OR two shotgun blasts at once) and explosives (like a wrist-mounted grenade launcher), you also get to control drones, wear optical camo, and hack into turrets.  The drone that’s the most fun is the CLAW, which is a four-legged platform for a mini-gun and also mounts a flamethrower and grenade launcher - or what I like to call “party time.”

Overall, the story mode is a lot of fun - probably one of the best stories in a multiplayer-focused modern military shooter.  It’s full of impressive visuals, top notch gunplay, cool locations (the one set on the USS Barack Obama is the stand out), nice twists, and a ton of Call of Duty’s patented scripted events and moral choices presented in the most organic way possible.  They’re so organic that sometimes I didn’t even know they were there until the achievement popped. 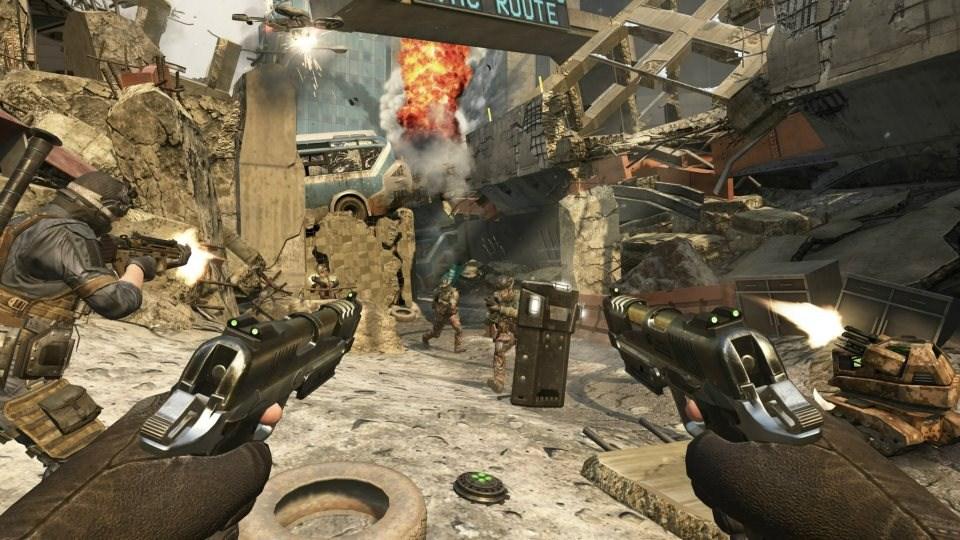 The 2025 storyline also features a third thread that’s also heavily woven into the story: Strike Force missions.  These play out a bit like a real-time strategy game.  You’re given control of various combat elements, from SEAL fire-teams to drones and air strikes, and then tasked with completing an objective under a time limit.  You’re also given a limited number of strike teams for each Strike Force Mission which is reduced by one every time you fail or restart  Even if you have enough strike teams, the missions themselves “expire” if you don’t complete them before advancing the story past a certain point, and they influence later missions and the game’s ending.  In other words, failing a Strike Force mission will have dire consequences later on and once it expires it’s gone forever.  Consequences are generally pretty low in modern military shooters so the Strike Force missions are a nice chance of pace.

Unfortunately, this nice change of pace is derailed by horrendous friendly AI.  Even though you’re given the impression that you can play them RTS-style from an overhead view, from a practical standpoint, it’s impossible.  Soldier path finding is awful.  Tell a unit to move and you have no clue what route they’ll choose to get there, but you can be sure that should they encounter even one enemy, they’ll all be killed because their self-preservation AI is even worse.  When they move, they simply run out into the open like a bunch of farm animals and if they get shot at, they’ll stand there, often not taking cover or even effectively shooting back, until they’re all dead.  And since the drone AI isn’t any better, your only option is to Rambo it like it’s a regular mission and hope you don’t run out of boots on the ground to inhabit since drones can’t place the EMP devices that often accompany goals.  The simple ones (like escorting a convoy or extracting a hostage) work better since they don’t require you to arbitrarily place and then protect some device; however, given their influence later on in the game, it seems very cruel that more effort wasn’t put into giving units some sort of useful AI.  Simply put, the Strike Force missions are kind of a mess.  I managed to finish all but one, but I sure didn’t feel any sense of accomplishment. 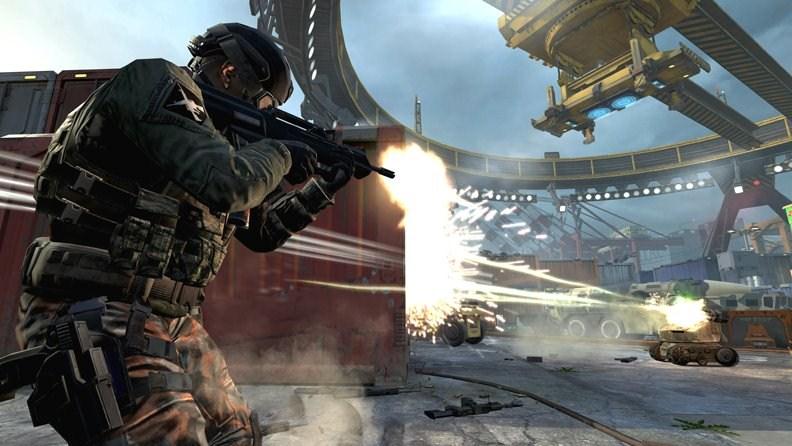 At the end of the single-player campaign, you’re treated to one of several endings based on your choices, the outcome of the Strike Force missions, and possibly the number of optional objectives you complete during missions.  Post-mission debriefs give the impression they are, but it’s hard to tell exactly how they impact things if they do; however, Blops 2 still does a better job at integrating the factors that affect the ending in a seamless and un-arbitrary way than many games that brag about such things.

Once you’re through with the story, you can attack the many multiplayer modes that make Call of Duty games so popular.  Zombie mode makes a return and is expanded to include three game modes: TranZit, Survival, and Grief.  Survival is the Zombie mode everyone is used to - stay alive for as long as possible, Grief is a 4 humans vs. 4 zombies deathmatch, and TranZit requires the player or players to travel around various maps on a bus turning on the electricity, upgrading weapons and constructing devices out of items found along the way to help you in your struggle.

Finally, that brings us to Blops 2’s real reason for existing:  competitive multiplayer.  What you’ll find there is mostly the same Call of Duty multiplayer you’re used to (your favorite last game strategy notwithstanding) but with a few changes.  The biggest changes are the addition of multi-team battles of 4v4v4, the ability to build and name five class load-outs from scratch with the so-called pick-ten system where you get ten slots to fill however you want, and finally the replacement of kill streaks with score streaks.  The difference is that, unlike previous CoD titles, you don’t need to just get kills to get a streak.  This is important for the objective-based game modes since you can focus on being a team player and scoring points for your team but still get to unleash hell from above as a reward for your positive play.

The modes themselves are numerous, but still fit into the basic templates we’re all used to like deathmatch, team deathmatch, capture-the-flag, attack and defend, and conquest.  This time around, however, there’s a training mode that will be helpful to noobs by pairing them exclusively with other low-level players and bots. 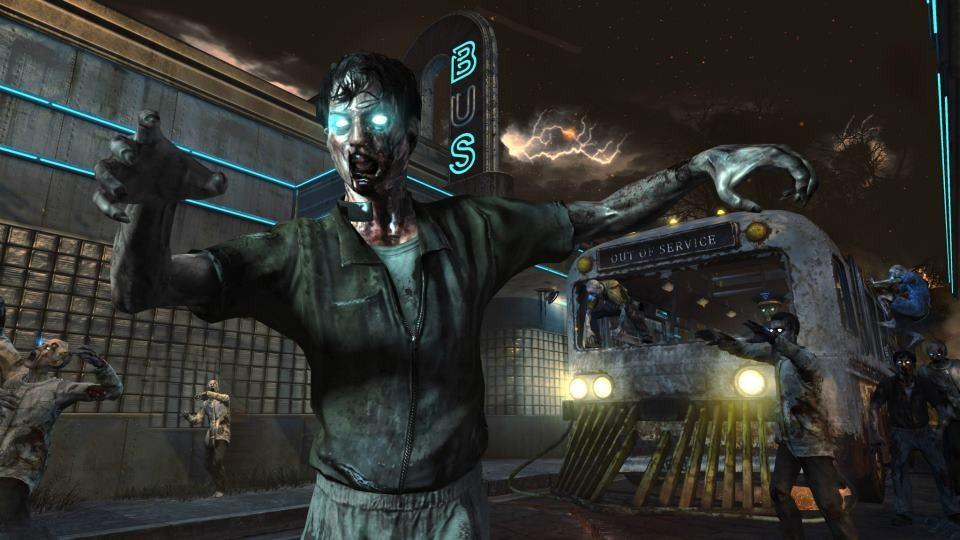 I’m not actually going to get into the objective quality, or lack thereof, of any multiplayer maps, modes, or features, however, since those are all too subjective to make anyone’s particular likes and dislikes important to anyone but them.  I will tell you that during my time with it, I didn’t suffer any detrimental lag, had no trouble finding and entering matches, never once got spawn-camped or corner-camped, was never sniped by dudes too far away to see, wasn’t dominated by score streak rewards, no weapon seemed “OP,” and I didn’t see any evidence of hit detection issues.  The one issue I did have involved match making that’s supposed to place you with players close to your own skill level.  My very first match, I found myself a level 1 among level 20s, 30s, and even a 50.  Needless to say I ran screaming from that lobby and easily found something more appropriate.