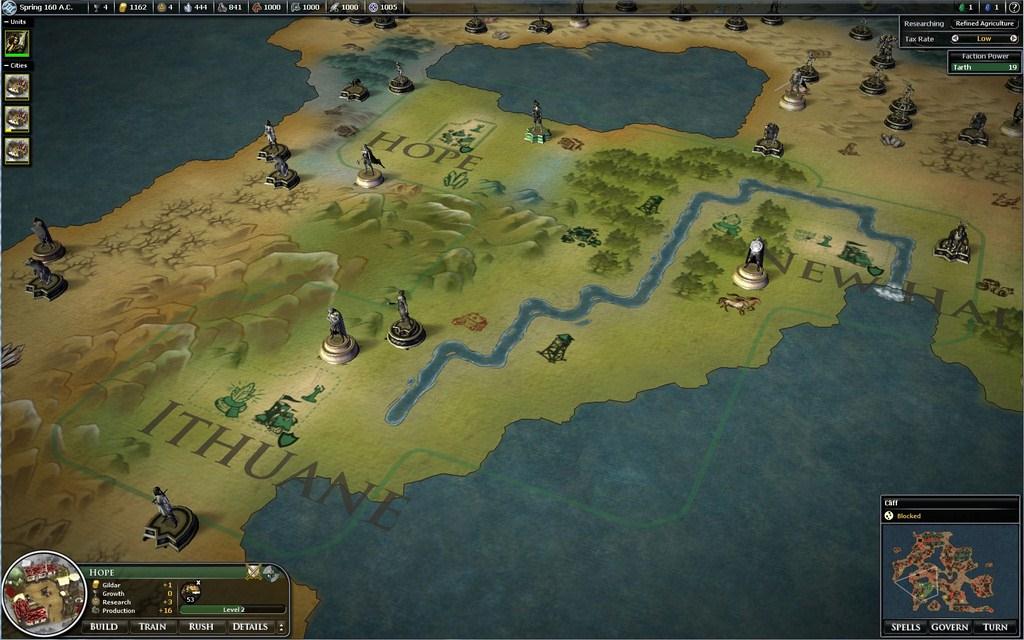 Written by Tom Bitterman on 12/17/2012 for PC
More On: Elemental: Fallen Enchantress
A specter haunts the face of fantasy strategy gaming – the specter of “Master of Magic”.  Gamers of a certain age remember MoM fondly.  This reviewer was not the only one to spend many a sleepless night with the game.

Perhaps it is remembered too fondly, though.  In the intervening 18 years nothing has been able to recapture that feeling.  Nothing has even come that close (Age of Wonders notwithstanding).  Now no turn-based strategy with a fantasy setting can avoid being compared to MoM.  The comparison is rarely favorable.  One wonders after a while whether potential game designers shy away from the genre for exactly that reason, or try so hard to avoid the comparison that their game suffers.

“Elemental: Fallen Enchantress” (EFE) has decided to confront MoM head-on.  A bold move by itself, this is an especially gutsy call given the abject failure of the previous version, “Elemental: War of Magic” (EWoM).  If you remember EWoM, I'm sorry for having reminded you.  If you don't know how bad EWoM was, just take my word for it.  Don't go look up an old review. 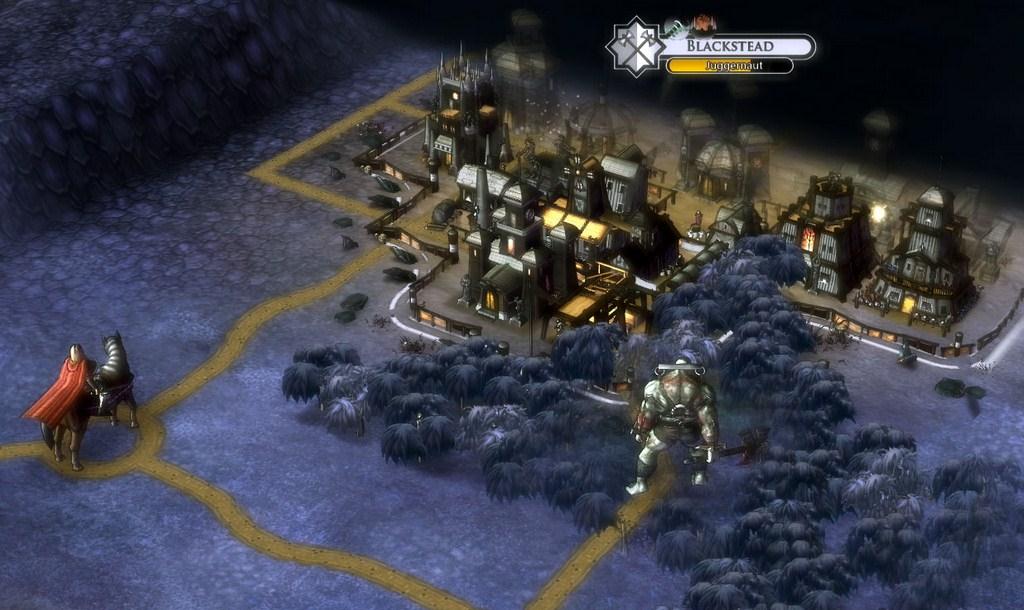 Luckily, EFE is a much better game.  It is, in fact, a decent game.  Not great, but actually pretty good.  The basic story is the same: there was a big magical war a while back, the land was laid waste, and now only a few people (including you) can use magic.  Your goal is to either unite all the kingdoms under your rule, wipe out all your rivals, complete the uber-quest, or cast the mega-spell and bring the land the peace it needs to rebuild.

Your tools are standard 4X tools:   The spin of EFE is the way they work.  EFE attempts to make each of the X's into a mini-game in its own right, and to weave these distinct games into one overarching, big game.

For exploration, EFE provides a quest-based set of adventures.  You can recruit heroes (your avatar is the only one you start with) who can go on adventures.  The adventures generally have a simple structure – listen to the problem, go there kill that, return for reward – but they provide some RPG spice to the TBS.  Your heroes all have stats and can gain levels, and quests are a good way to do that.

For expansion, EFE provides maps full of blasted lands, priceless resources, and numerous, belligerent monsters.  This is a post-apocalyptic world, after all, and nice places to settle can be few and far between.  You might want to just plop cities down as quickly as possible, but many areas of the map simply won't support them.  You'll have to fight for the good spots. 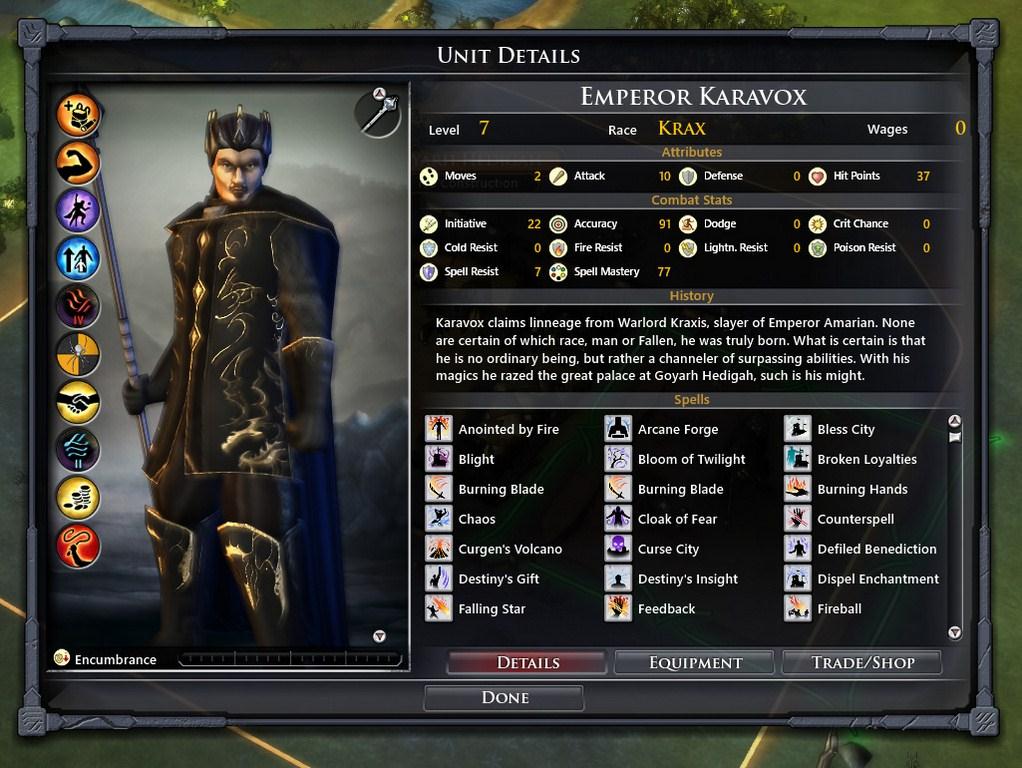 For exploitation, EFE provides a variety of resources, including magic crystals, bees (for food), metals to mine, and tons more.  They are all auto-gathered once you seize the land they are on and build the appropriate buildings.  In a nice feature, certain techs uncover previously unknown resources – a mediocre city can turn out to be a powerhouse once a new tech has unlocked a previously unknown deposit of ore.

For extermination, EFE provides an adequate selection of troops and heroes.  Of course, this is a fantasy TBS so “adequate” means tons of different troops: basic non-magical troops, giant spiders, spell-casters, elementals (duh), various races, and way too many more to mention, along with the ability to craft different arms and armor for each unit.  Movement takes place on the strategic map, but fighting takes place on a chessboard-like tactical map.

Of course, there is a tech tree that you progress down.  There are three primary tech groups: civilization (things like improved farming and greater trade income); warfare (arms and armor); and magic (spells).  Each has their use, and each city can specialize in one tech group which allows you to further craft your empire.

In a welcome (sort of) surprise, these different pieces fit together pretty well.  For example, your avatar might go on a quest that results in him obtaining a powerful magic sword.  He can then take that sword and slay a dangerous monster that was keeping you from settling a prosperous plot of land.  The resources from your new city plus the new tech you just researched then enable you to build a new troop type that can help your avatar beat his next challenge.  The whole thing hangs together and can make for hours of entertaining play. 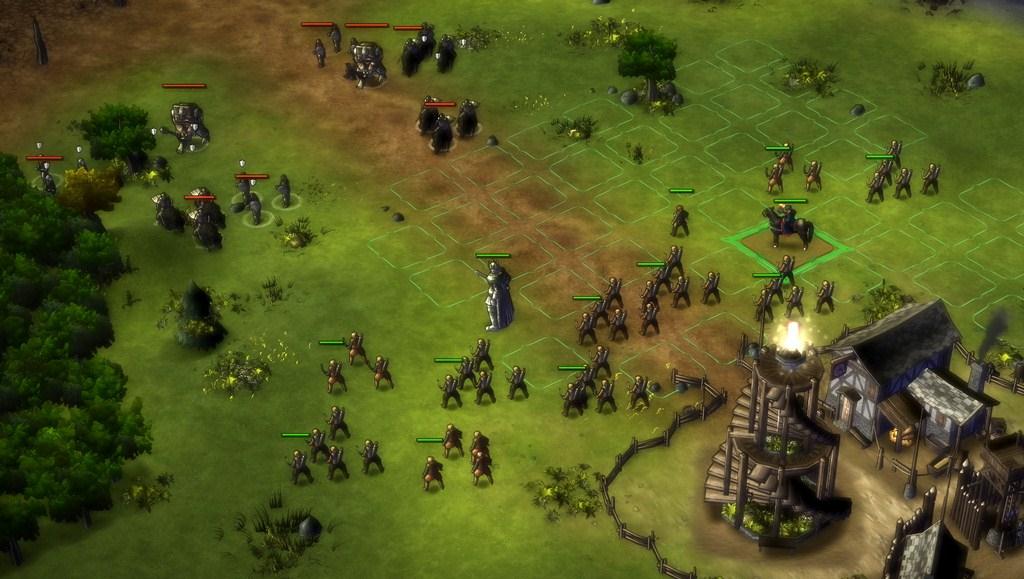 So why did I call this a decent, but not great, game?  Although the individual pieces work well together, they are, considered individually, about average.  Quests tend to start to feel the same after a while; it can feel like a chore (or a treadmill) to go on the next one and you wouldn't do it except that you need the bauble at the end.  Expansion can be frustrating – there are so few spots that what seems like an initially strong position is revealed to be hopeless when there is no place to put your third city.  Too many of the monsters are too tough when they are encountered, effectively making chunks of the map unreachable until long after the game has been decided anyway.  Resources are decent, but having new ones pop up throughout the game can make a mockery of thinking about city placement.  And combat comes off worst of all.  The tactical screen is small to the point of being cramped – there really isn't much in the way of tactics to be found here.  The auto-battle AI is bad – there were plenty of times when an auto-battle resulted in a total party kill of my side, when manually playing out the battle had me win with barely a scratch.  Last but not least, the mechanics are heavily tilted toward killer stacks.  Often all one really needs is the toughest stack on the board and some garrison units.

In summary, then, “Elemental: Fallen Enchantress” has a lot of moving parts that work well together.  There is a lot of replayability here and the AI can put up a decent fight.  When everything is going right  EFE has that “just one more turn” feeling.  The flaws only show up when you start to look too closely at the individual parts.  A patch that enabled multiplayer would be a hit.
A collection of average mechanics combine to make a big, complicated, pretty good game. It's no “Master of Magic”, but there is real potential here. Expect some killer mods.