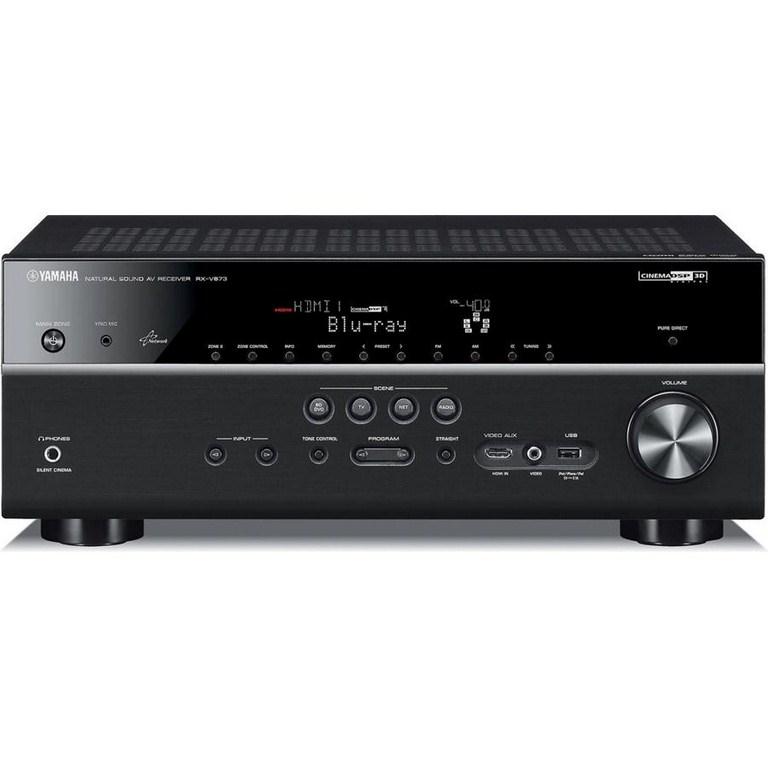 Pixels & Bits: How to add HDMI inputs to your system

Written by Dan Keener on 11/13/2012 for 360   AV   PS3   WiiU
More On: Nintendo Wii U Pixels & Bits
Welcome to Pixels & Bits, where the staff at GamingNexus will take a weekly look at the impact of audio and video products (as well as related gear) that enhances the gaming experience.  In this serialized article, we will discuss audio and video products, accessories and opinions on how these work within the confines of the gaming experience.  In this week’s article, we will take a look at what options are available to expand the Hi-Def HDMI inputs your existing gaming rig has available to it.

On November 18th, the Nintendo Wii U will join the console party and mark the last of the consoles to support Hi-Definition play and utilize the HDMI output.  Those that are looking to add the Wii U to your console collection might suddenly find yourself in a bit of a bind when it comes to the number of HDMI inputs on your current gaming rig.  The Wii U predecessor was not a hi-def console, so it was always easy to hook into your system via the Component Cables while your PS3 and/or Xbox 360 used up the scarce HDMI inputs on your TV, often competing with a cable box or satellite receiver.  However, the Wii U will now require another HDMI input to get the best possible graphics and play, so in today’s article we will look at three ways that you can add to or change out equipment in your gaming rig to accommodate another HDMI input.


Switching Box
A switching box will in most instances be the cheapest and easiest way to expand your HDMI input options.  These boxes, based on price, can accept two or more HDMI inputs and output them into a single HDMI source to your TV.  They come with many different options, but you should look for ones that can pass through the most current video options (such as 3D, 1080p video, HDCP v1.2 compliant, etc.)  I prefer those that are powered and have remote controls for ease of use, but that may add additional expense.  One great example of an HDMI switching box that fulfills what many gamers will be looking for is the Kinivo 501BN.  This five-port (four in, one out) HDMI switcher comes with an IR remote, supports both 1080P and 3D video and is both HDCP v1.2 compliant and powered.  Best of all, you can purchase it on Amazon for $60 or less (currently on sale for $38.95.) 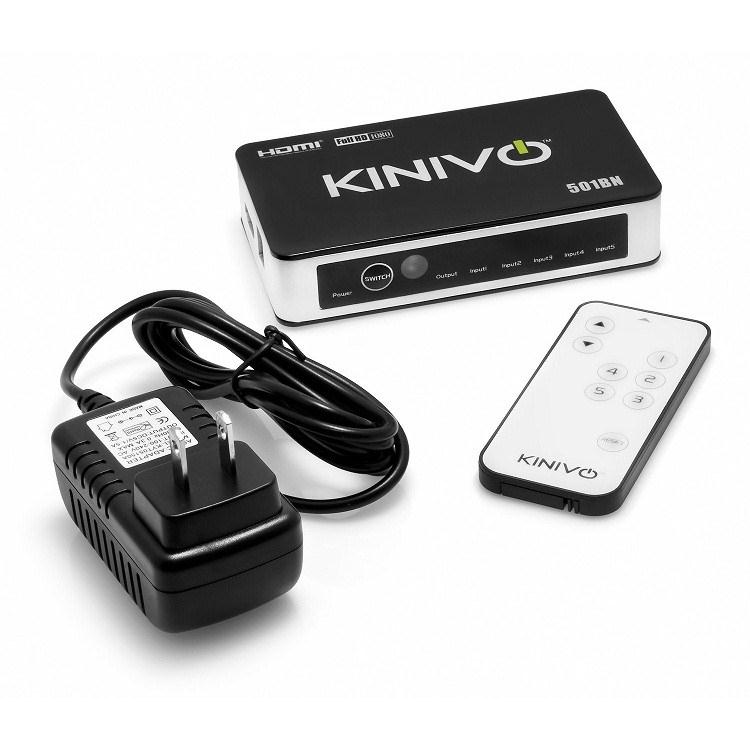 Home Theater Surround Receiver
Probably the most complex, yet beneficial, way to upgrade your hi-def inputs is by adding or updating your home theater receiver.  Most receivers from Sony, Pioneer and Yamaha are more than capable of adding HDMI switching starting around the $250 price range.  However, until you reach the $500 plus price point, the rest of the receiver’s capabilities (power, surround channels, sound quality, inputs, etc.) do not necessarily equal the video switching capabilities.  After doing some research, I found that the Yamaha RX-V673 has the perfect blend of power, HDMI inputs and other capabilities that gamers would want.  Although it may be a bit on the pricy side at $599 for some, it has a low THD (Total Harmonic Distortion) and five HDMI inputs along with 125W per channel for all speakers.  With the Yamaha RX-V673, you suddenly can take all of your HDMI output devices and roll them into one input into your TV.  You also will always have digital surround audio and pass through audio to the TV with this configuration.  The only downside is that your receiver will always have to be on when watching any video source you run through it.  To me this isn’t a big deal, as good surround receivers are meant to take a pounding and last. 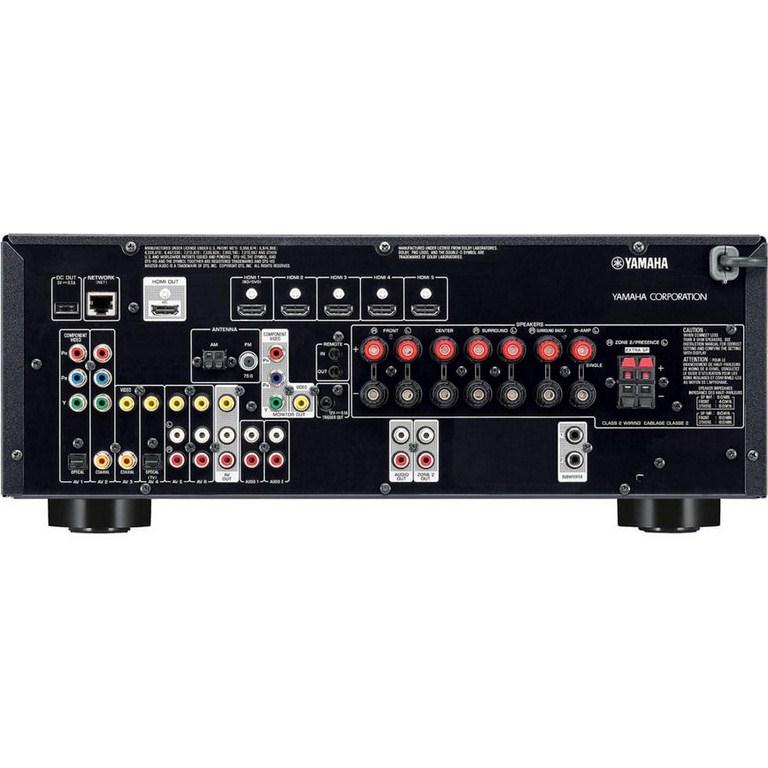 Flat-Panel HDTV
Don’t laugh, as having a TV with not enough HDMI inputs is a valid reason to consider purchasing a new set to be the centerpiece of your gaming rig.  Even though flat-panels have dropped in price recently, there are a lot of people that purchased HDTVs several years ago that have not had a need to replace them as yet.  Unfortunately, many of these TVs were only 720p models and may have had only one or two HDMI inputs.  It was only recently, or only on the high-priced models from even four years ago that four+ HDMI and 1080p was standard.  Nowadays, pretty much any TV that is 40” or larger comes standard with three HDMI and 1080p, with many having four and even five HDMIs inputs now.  In my personal situation, the centerpiece of my family room is a Samsung 56” DLP TV that is still going strong,  However, with only three HDMI (plus two component) it does not necessarily allow me to hook up all of my gear any longer.  Even without a Wii U in my possession, I have a PS3, Xbox 360, Cable Box and DirecTV box (Sunday Ticket only) all vying for the three HDMI ports.  I recently pulled out my up-converting DVD player to relocate, but you get the point.  My experience may be different than yours, but here are three LG TV options from Best Buy in popular sizes that might be good replacements 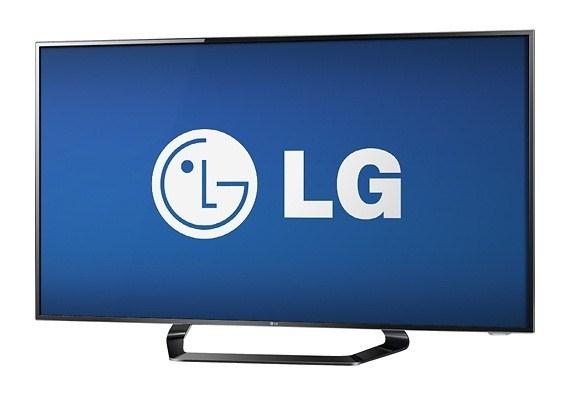 After reading this edition of Pixels & Bits, the one thing to take away is that at some point, whether it is caused by a Wii U purchase or not, you will probably have a need to add more HDMI inputs to your gaming system.  The three options mentioned above have varying degrees of price and complexity, but any one of them will expand your capability to hook more Hi-Def video devices into your gaming rig.  The one thing to keep in mind is the additional benefits of adding new hardware (surround receiver or TV) vs. just a switching box.  While the switching box is cheap and easy, adding hardware will not only expand your input capabilities, but will upgrade other A/V portions of the games making the entire gaming experience better.


About the Author:
Dan Keener has been on staff at GamingNexus since 2006 and specializes in Audio & Video gear as well as gaming accessories and has over 15 years of Home Theater consulting and sales experience.  If you have a question or comment for Dan or about the article, please leave it below.