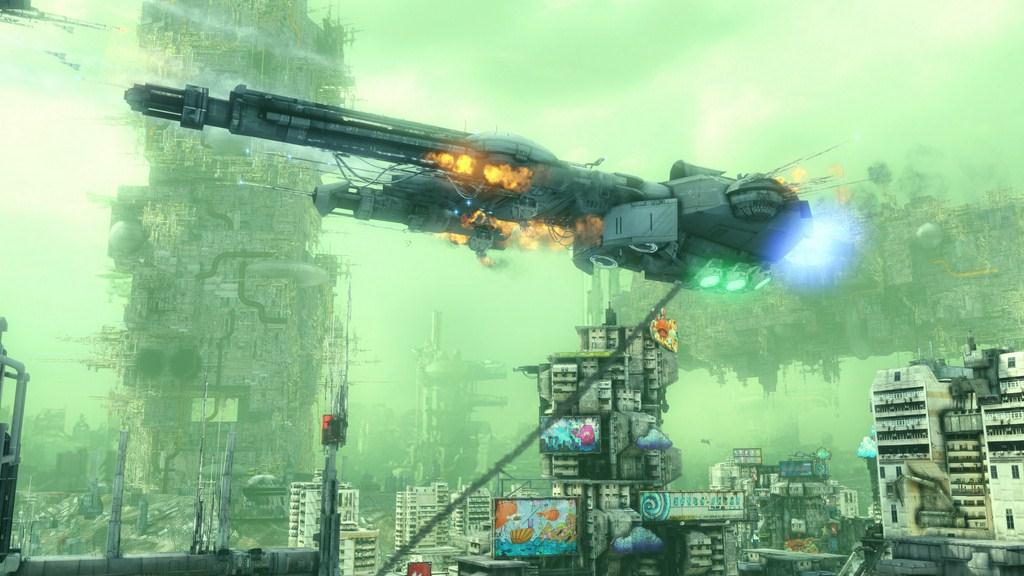 Written by Ben Berry on 11/5/2012 for PC
More On: Hawken
I’ve been a sucker for mech-style combat since the first days of Robotech/Macross back as a teen in the mid 80’s. Outside of the MechWarrior series, mech combat games have been mostly average to abysmal. I enjoyed MechWarrior Online when I spent some time with it last month, even though it did have a few issues, and I hoped to enjoy playing the first closed beta weekend of Hawken equally well.

One of the first things I noticed about Hawken was how amazing it was graphically. Set in a futuristic alien landscape, the appearance of the destructible environment is of especially high quality. Mechs displayed in that landscape don’t look outlandish, they look like they belong in that slightly shattered but still attractive environ. There’s an undercurrent of the anime look to the environment, and to a lesser extent the mechs themselves without overtaking the theme as a whole. Combat animations are solid if not exactly outstanding (yet), but there’s definitely satisfactory response from weapons and the results of firing them. 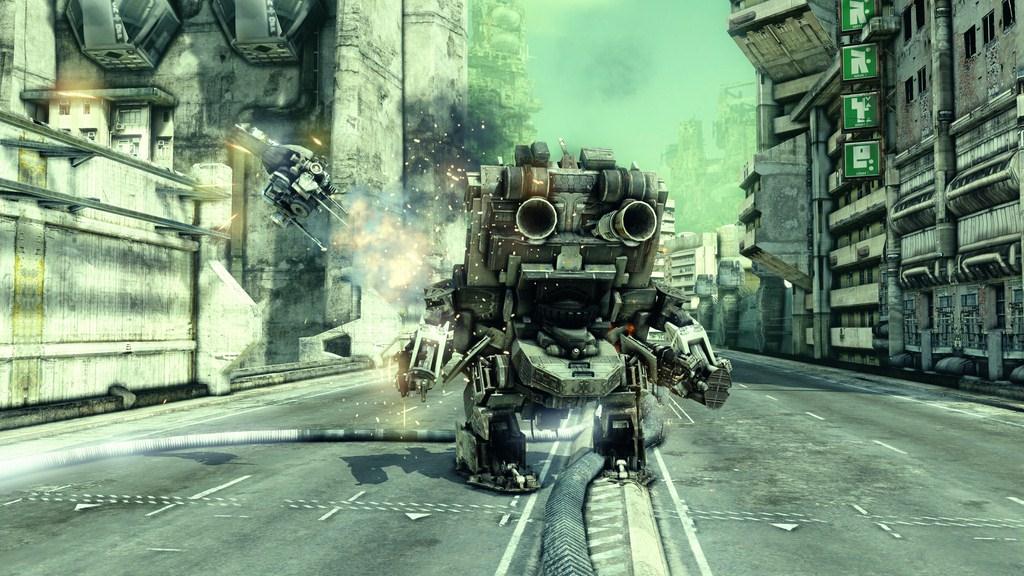 Combat is the strong heart at the basis of the game; pick your mech, upgrade it, customize it and away you go. Combat is fast paced; while none of the mechs I faced could one shot me, taking sustained fire will put your mech out of commission fairly quickly. Each mech has a primary and secondary weapon with an alternate primary available in load out. You can drop items like deployable turrets to help triangulate fire in an ambush style setting, or shields to temporarily add significant protection which comes in very handy when your mech overheats in the midst of a heavy firefight. I survived a battle with two much more powerful mechs by using the shield at a key point. The environment adds a lot to combat with the right mix of obstacles, open space, destructible landscape, and perhaps most importantly multiple levels within each map so you’re not just looking around you, you need to keep an eye on the areas above and below you as well. A well placed mech with the high ground is a tough opponent to beat. 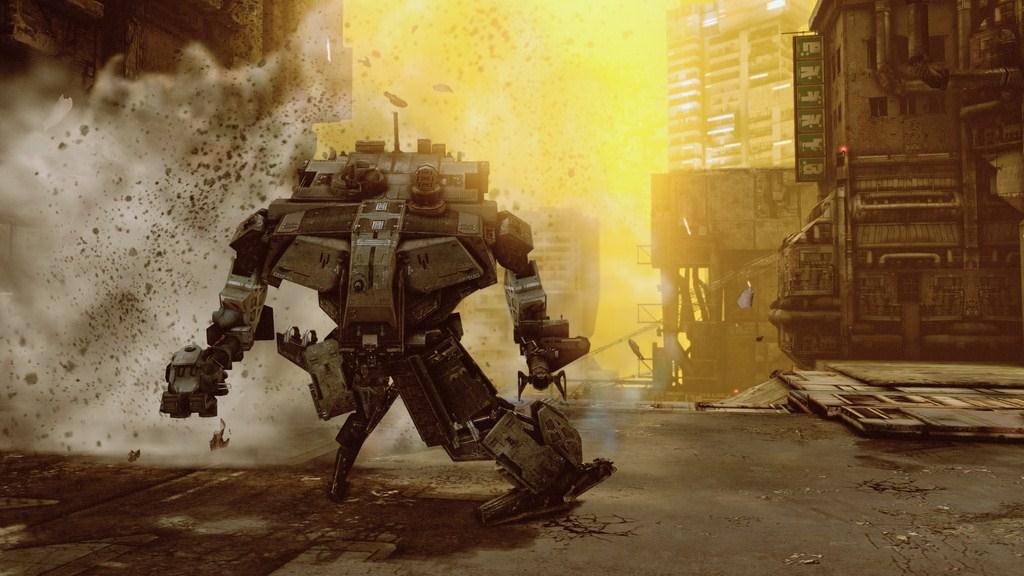 In terms of advancement, you start with a base mech and earn your way up to higher quality, more powerful mechs. You can shortcut that earning process by purchasing higher end mechs through an in-game store that like any other free-to-play is the source of support to fund development. I will say my least favorite part of the game was the mech customization; where MWO offers maybe too much customization, Hawken offers not enough.  Visual customizations (whether paint or replacement of body components for a new look) and some of deployable or tactical enhancements can be added to each model of mech but you’re limited to the primary weapons that come with that mech. I’m hopeful there is flexibility in that in the long term, but I can see from a profitability standpoint why that wouldn’t be the case. There’s also a skill tree of offensive, defensive and utility skills that you can build through experience earned in game. I played enough to earn a couple of increases to my weapons damage and one decrease to the damage sustained to my mech. The skill tree seemed to really allow players to fit advancements to their personal style of play.

My chief complaint with MWO was that once you died, you were done in a battle. After you die, you’re able to leave the battle before it ends, but you’re then forced to go back to the waiting room, find a new fight. Hawken solves that problem through the traditional FPS methodology of unlimited respawns during a timed battle. While MWO forces you to think tactically and hope through a combination of hiding, upgrades in your mech, and luck you won’t die as soon as you come in contact with a group of enemy mechs; Hawken relies on the tried and true method of getting your right back into the game as soon as you die. This means the learning curve to getting to the point where you can hold your own and really enjoy the game seems to come around a lot faster. By the end of the closed beta weekend, I felt much further along than I had in a similar timeframe in MWO.

Coming away from my few hours with Hawken, I felt like I enjoyed the combat style and graphics far better than I did in MWO, but that some of the content outside of the actual gameplay were not quite as strong. With both games being free to play, you really don’t have to choose between them, but it will be interesting to see what changes in Hawken over the next 40 days in terms of customization options for the mechs to see how much additional depth it adds to the experience.