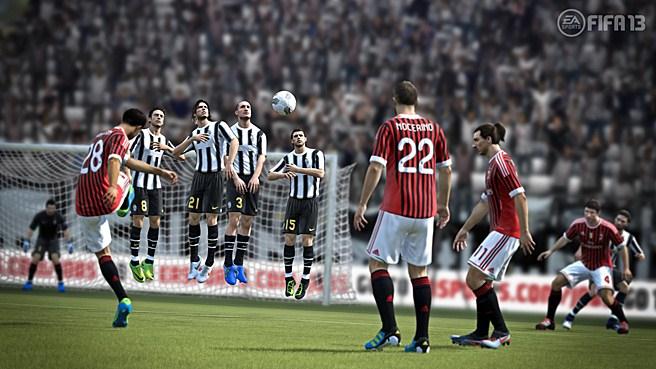 Written by Sean Cahill on 9/25/2012 for 360
More On: FIFA Soccer 13
FIFA 13 has gained a lot of steam in the last few years in the gaming industry.  In the past couple of editions, EA Canada has done a fantastic job of fixing what needed to be fixed and leaving the good stuff alone.  This formula can often be criticized by fans of many series, especially in the world of sports gaming, and EA is all too familiar with that claim.  I had someone ask me just a week ago as to why FIFA seems to get a pass on this and other series such as Madden sometimes are accused of being nothing more than a roster update.  My answer is the same reason this game is the best of the series:  Because when it's a really good game, sometimes it takes more work to not make major changes than it does to completely revamp it.

GAMEPLAY
FIFA 13 has built upon the strong showing of its predecessor from last year and made some great fine-tuning tweaks to improve some issues with the AI.  Offense has definitely been bolstered, with CPU players making runs on a more frequent basis in order to set up strong offensive play.  In last year's version, it seemed that it took nothing short of an act of a higher deity to get a CPU player to understand that a through pass was going to be coming and he should make the run.  That issue is gone, as the AI for offense is far more intelligent.  On top of this, it isn't just about setting up runs.  The AI will set up runs to the goal based upon the style of play that a gamer chooses.  For example, if a player utilizes the wings more than the center, the forwards and midfielders will make their charges on the near posts of the wing that a player is charging on instead of just hanging back to remain onsides.  More risks are taken with this, so I found myself getting caught offsides from time to time, but I'll gladly trade off an offsides here or there in order to have more creativity with the offense.

Set pieces, corner kicks, and free kicks have also been tuned up.  Last year, I had a major complaint about the difficulty of not just executing the free kick or corner kick itself, but finishing it as well.  It took a lot of time and effort to realize that a cross into the box had to be perfect in order for another offensive player to take advantage and have a chance at the net.  This year, the chances are greater.  Players will adjust to the ball on a more frequent basis, creating more scoring chances.  Now, it must be noted that the frequency of these chances also depends on the type of team a player chooses to be.  International squads, especially higher ranked ones, set up much faster and in a more organized fashion than some of the lower ranked squads and club teams.  There's nothing wrong this, though, as it creates more of a challenge for those wanting to play as a lower club in an effort to build them up.

While the offensive side of the ball has received plenty of love from the developers this time around, the defense wasn't left entirely out in the cold.  The AI on defense is very crisp, whether it's to mark a player with a ball upon command or just to set up an offsides trap.  The CPU is exceptionally good at executing traps in the middle to last third of the field.  I found myself getting caught early on in games at least twice or three times, thus making me be a bit more patient and use the sprint trigger a lot less.  The defense adjusts to an offensive style a lot faster than in the past, so players will have to work to get those open shots to not only get into the goal, but sometimes just to get it into the box. 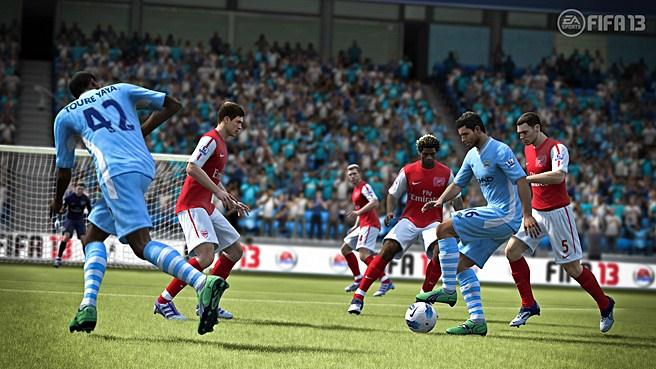 If there is one gripe I have with this year's version, it's the suspect passing.  This was a great strength last year, but I've found that, in this year's title, the passing can be a little bit of an issue.  Players have a random tendency to do the dreaded "quick pass" even when the pass button is only tapped once, sending the ball in a random direction that a player had no intention of sending it to.  On top of this, sometimes through passes are incredibly tricky to direct, though the power aspect of it isn't so much of a problem.  The passing isn't terrible by any stretch of the imagination, but it can be a bit frustrating just trying to move the ball upfield if one of these little issues hits at the way wrong time, though it might be funny to be doing a touch pass to the wing and watch him kick it 30 rows deep into the stands.  Even with these little issues with passing, gameplay remains incredibly strong.

PRESENTATION
One of the major strengths of last year's title is just as strong this time around.  The title menu and overall layout has not changed very much, which is a good thing.  Navigating through menus is a breeze and the soundtrack accompanying a player through the modes is a wondferful selection of titles.  The player models are definitely more accurate in this version, though it isn't perfect.  While I can look at a player like Wayne Rooney or Lionel Messi and believe that I'm looking at the perfect 3D depiction of them, the same can't be said for others such as Clint Dempsey or Robin Van Persie.  It is a bit hit or miss on the models, though it's understandable with the incredible volume of players that have to be accounted for in the game.

Skill games have returned, though the open arena practice mode that greeted a player upon startup is no longer around.  Instead of just throwing a player into the practice arena to figure things out, skill games are presented to a player before every match to work on a different aspect of that player's game.  Experience points are earned by completing those modes, and while they can get a little bit repetitive, none of the skill games take more than a couple of minutes to do and are generally very fun to play.  The standard skill games such as target practice on penalty kicks will remain, though new ones such as the long-range garbage cans, might catch a new player off guard with the idea behind the improvement.

More stadiums have been added to the game, though there is still a distinct lack of a lot of authentic stadiums.  There are 26 authentic stadium that include the likes of Old Trafford, Wembley Stadium, Juventus Stadium, and Estadio Azteca.  Fans of MLS are going to have to wait at least another year to see any authentic U.S.-based stadiums, as none are included this time around.

CAREER/PRO MODE
Career and Be a Pro mode have gone through some changes as well.  A player may now choose to manage an international team as well as the standard club teams throughout the world, which I felt was a much needed addition to the game.  More options are available to those who love to play the personal Be a Pro mode, including the option to request a transfer out of a club.  In years past, players were practically stuck at a team they went to for the duration of the contract without any hope of going elsewhere.  A player, in essence, was at the mercy of the CPU to decide if a loan would be granted or if another club was going to pay the transfer fee worth.  Also, transfer fees seem to be a bit more realistic in this version, even though the value of a lot of the top players in the world I still feel is a little ridiculous. 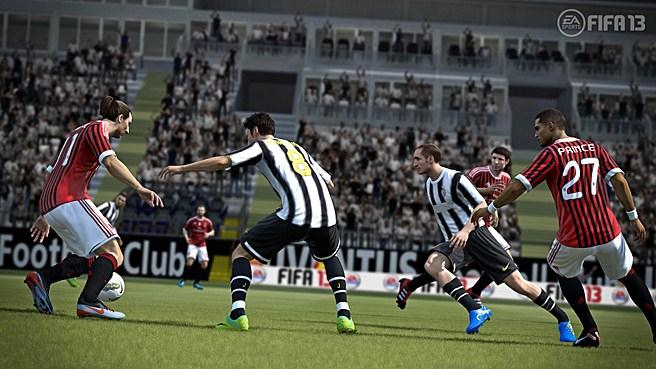 In the Be a Pro mode, the interface hasn't changed much.  The new options mentioned already and in my preview from a couple of months ago are already implemented into the system and ready to go.  Building upon this, I found that the player I created for the duration of my review had more opportunity to do some things I never got to enjoy in FIFA 12, such as meet with the press.  Rarely, if ever, did I get the chance to go through that in the previous versions of the game.  In a short time with this game, however, the option came up at least once per part of a season, especially when it came to a transfer period being right around the corner.

There is no loss of gameplay jumping into either parts of the career mode, though I found it a bit more challenging to manage an international team than a club team.  Decisions that are made seem to be far more paramount than at the club level since it's the top level of play, so inserting a player onto the international team that may not be a fit for a particular position is going to hurt a lot more than it would at the club level, plain and simple.

FINAL THOUGHTS
I mentioned before that sports titles are some of the most difficult in the industry to review, simply because the yearly renewal of the title sometimes gets weighed unfairly based upon what is changed.  In FIFA's case, however, the old saying of "if it isn't broke, don't fix it" certainly works.  The fine-tuning of the gameplay, coupled in with the necessary changes in the Career/Pro modes makes this title more than just the dreaded "roster update" that sports fans fear with their favorite titles.  FIFA 13 is the real deal.

With absolute minimal issues with gameplay, the deepest roster in any title to date, updated career and pro modes, and some of the most accurate player models, FIFA 13 is the best soccer game to date. If this were the World Cup, FIFA 13 would be hoisting the trophy.