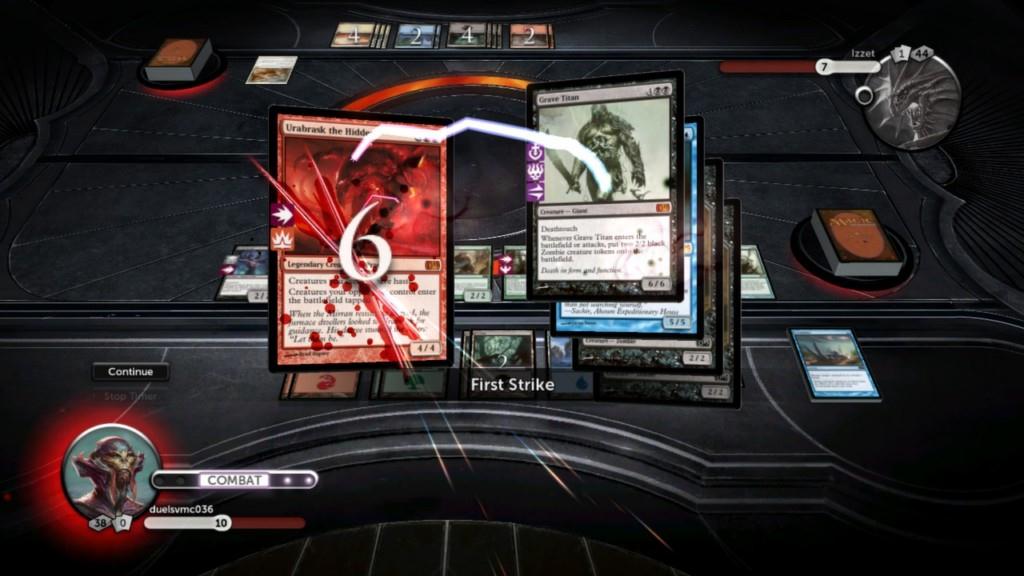 Magic the Gathering: Duels of the Planeswalkers 2013 Expansion 1

Written by Jeremy Duff on 10/19/2012 for 360   PC   PS3
More On: Magic the Gathering: Duels of the Planeswalkers 2013 Expansion 1
It is no secret amongst my friends that I adore Magic the Gathering. Unfortunately, despite my love for the game, I don’t get a chance to break out my actual cards as much as I would like. As a result, I end up spending most of my time playing digital versions like this year’s Duels of the Planeswalkers 2013 (DotP2013). Although I really enjoyed the game, there were some glaring holes in terms of the content included in the base game, especially in terms of the deck variety. The game, as a whole, was incredibly solid but it could have been so much better and with minimal changes.

My biggest issue with this year’s game was the fact that although you could (finally) manually choose which mana you were tapping to play spells, the game never really gave you a chance to do so. We are talking about a feature that fans had been clamoring for since the original game released, not to mention an absolute necessity for playing multi-colored decks. Despite Stainless and Wizards using this improvement as a huge selling point for the new game, there was only one deck included that allowed you to make use of the mechanic. All of the other improvements in this year’s edition, such as the inclusion of the Planeschase game type and a much better presentation style, were overshadowed by the lackluster deck variety. Surely this was something that the developers recognized and planned on addressing with the game’s subsequent DLC.

As it turns out, that is exactly what the crew at Stainless Games has done with the first batch of DLC for DotP2013. To correlate with the launch of the new set for the physical card game (Return to Ravnica), DLC #1 includes five new decks, all dual colored, based around the returning guilds from the new set. A large majority of the cards used in these decks are completely new to the game, drawing classic ards from many popular sets including Eventide, Guildpact, and EDH. Purchasing the pack will add a couple of tabs to the traditional mode selection of the game; there is a new campaign ladder which consists of five new stages, each with a new Planeswalker representing each of the new decks. You will need to beat each of them in their base campaign in order to unlock the decks for your own personal use.

Each deck is unique in its gameplay style and brings new experiences to the game as a whole. They have quickly become amongst my favorite decks to use in the game, especially after unlocking the 30 additional cards available for each. Let’s take a closer look at each deck and see what they have to offer:


As the title of the deck suggests, Aural Servants is all about adding auras (enchantment spells) to your creatures to gain the upper hand in matches. White its creatures don’t look like much at first glance, your various sorceries and enchantments will buffer them into powerhouses very quickly and often by more than one at a time. Being a blue and white deck, the spells also give players a chance to manipulate your hand selection and your life counter; there are numerous opportunities to gain life and draw additional cards with pretty much every spell cast.


Sepulchral Strength is all about destroying cards on your opponent’s battlefield and profiting from their demise. You will be utilizing a wide variety of creature sacrifice related spells and manipulation of both graveyards to strengthen your forces; as a result the more you destroy (creature-wise) the stronger you become. This deck, in particular, proved to be a lot of fun and very frustrating for opponents as you are constantly picking away at their resources with almost every turn.


Although a blue and red themed deck, Mindstorms plays very much like a mono-red deck with fast acting attacks done through spells. Many of the creatures and spells offer chances to inflict damage on your opponent(s) outside of the attack phase of your turn, meaning you can reduce their life counters quickly regardless of which defenders they have on the battlefield. The creatures that you do place on the field are quickly buffered in order to overwhelm the opponent. If you like fast paced, highly-offensive decks, this one will be right up your alley.


Much like Mindstorms, Grinning Malice is about inflicting a rapid assault on your opponent(s). Nearly all of your non-creature spells focus on destroying creatures or magnifying the damage that you are dealing. The creatures of this deck are all very offense oriented as well, utilizing haste and the ability to inflict damage directly on opposing creatures. 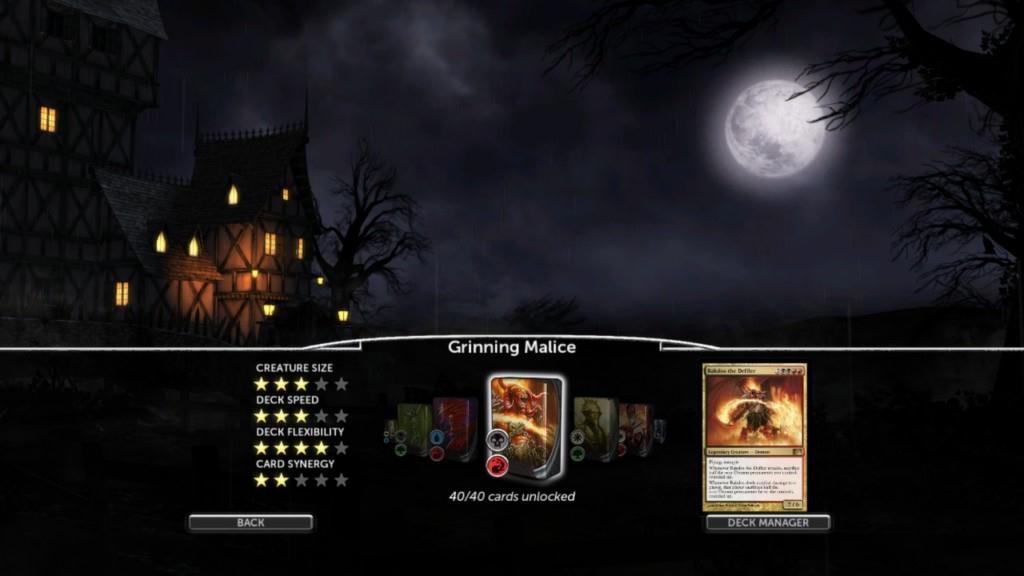 Collective Might (green and white deck representing the Selesnya Guild)


Just as the Selesnya Guild does in the new (and original) set, this deck makes heavy use of tokens on the  battlefield.The amount of creatures that you have on the battlefield will grow rapidly thanks to spells that both strengthen and multiply your the tokens under your control. Not only do they grow in numbers rapidly, but their strength grows repeatedly too.

In addition to the new decks and the basic campaign, the DLC features the standard Revenge campaign tab (more difficult matches against the same Planeswalkers), new loading screens and unlockable portraits for your profile, and five new challenge stages. As with the base challenges in the game, each of these will put your knowledge of the MtG mechanics to the test in precarious situations. It is also worth noting that these challenges in particular teach you some of the advanced strategies that can be used with the new assortment of cards.

In the end, this content makes Duels of the Planeswalkers 2013 a better game, which is what all DLC should do. I could sit here all day and complain about how this content should have been included from the start, but it wasn’t. It is here now and as a result I find the game to be much more enjoyable. The new decks are varied in terms of their strategies and very fun to use; plus, they finally give me a chance to manually tap my mana pool for spell casting which I have been dying to do since it was released. If you enjoy the base game, this pack is a definitely a must buy. Now, if I can only convince Stainless to bring back the Archenemy gametype in the next DLC.
The first batch of DLC for DotP2013 does its job without question: it makes the game better. Five multi-colored decks, each with their own strategies and mechanics make for a more varied and enjoyable experience regardless of your platform of choice.