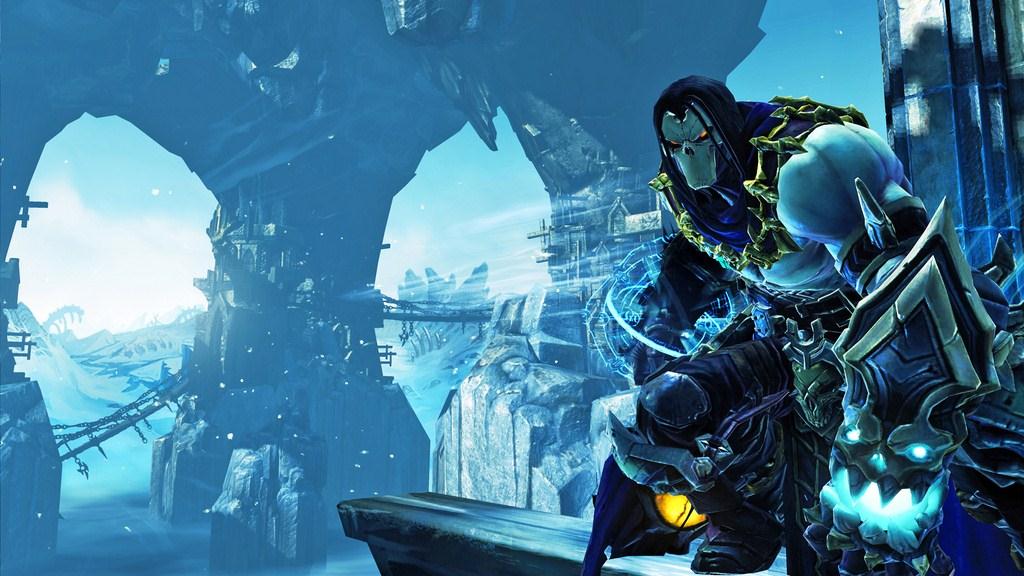 Written by Nathaniel Cohen on 9/25/2012 for 360
More On: Darksiders II
I really try to keep the cost of a new videogame out of my evaluation process when it comes time to score the game.  It’s hard to pin down any specific value on them since their success or failure is largely determined by the vagaries of the gaming public.  60 bucks means different things to different gamers who all judge their games on a completely idiosyncratic set of traits - whether they know it or not.

When it comes to judging DLC, on the other hand, it’s perfectly appropriate to let price in on the equation because the pieces at work are smaller and therefore easier to rate on a value-for-price criteria.  At least that’s how I look at it.  For example, because it’s so short, I just feel more comfortable telling you that Argul’s Tomb probably isn’t worth the 560 Microsoft Points (that’s $7.00 in real money) it will set you back should you choose to download it.

That’s not to say Argul’s Tomb is bad because it’s not.  If it had just been another quest in the main game, no one would have ever thought to themselves, “Hmm, this quest seems out of character relative to the rest of the game.”  Separate from the main game, however, 560 MSP seems a bit high for the two or three hours of new content.  Also, when I say “separate from the main game” I mean you can’t even access it from the main campaign; you have to select Downloadable Content from the main menu then select Choose Campaign.  Furthermore, when you’re all finished, you have to exit to the main menu to get back to the main campaign.  I had, perhaps wrongly, assumed it would simply be a new place you could fast travel to.

Content-wise, your two or three hours playing Argul’s Tomb will be spent in three dungeons.  Two are what you would expect based on the rest of the game’s content.  The third one you have to visit first, is Vigil’s attempt to put a shooter level in a Darksiders game.  Does it work?  The answer is “sort of.”  The gun is that “grenade” launcher that shows up at other points in the game and you’ll need its explosive projectiles because they’re the only way to handle the large enemy mobs out to get you.  The only real issue I had with that level was how awkward it is to carry around a giant gun that you can’t place into your inventory; every time you have to interact with something you have to put Gorehammer (yes, it’s called Gorehammer) down and then pick it back up again.  If all that sounds like too much trouble, then feel free to not use it since there are no puzzles that require it, but be warned that you’ll double the difficulty of the dungeon at the very least.

The other two dungeons are straight forward Darksiders II dungeons full of all the complex “unlock the door” puzzles money can buy.  They’re both exactly what you’ve come to expect and there’s not really anything else to say about them.  It is worth mentioning, however, that you do score an unusually large number of high-quality loot drops.  It seemed like every battle left the room littered with purple items, and you do get a special named weapon from the final boss of Argul’s Tomb.  However, since I’m not a fan of that particular kind of secondary weapon, I’ll never use it.  Of course, beyond some nice loot, you get experience.

That’s pretty much all you have with Argul’s Tomb.  It’s three dungeons, three relatively easy bosses, a lot of above average loot, and a very slight story unconnected to the rest of the game.  All of that will cost you 560 MSP unless you pre-ordered Darksiders II, then you get it for free.  Like I said before, Argul’s Tomb isn’t bad, I just don’t feel like the content justifies the price; so unless you’ve finished Darksiders II and can’t sleep at night for the longing in your heart, skip it.  You’re not going to miss anything.
Argul’s Tomb adds one new quest, three new dungeons, and takes less than three hours to complete. The quality is what you’d expect, but ultimately it’s not worth the cost; that is, unless you pre-ordered Darksiders II and get Argul’s Tomb for free.