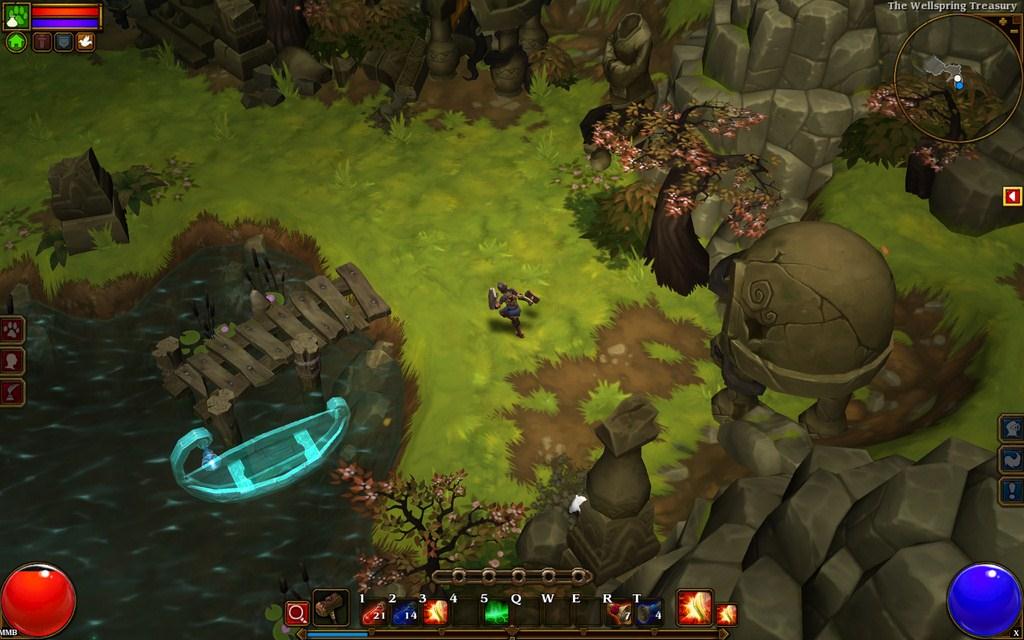 Written by Matt Mirkovich on 9/19/2012 for PC
More On: Torchlight II
The loot-running racket just got a lot more crowded. With the upcoming release of Torchlight 2 this week I got a look at a near final build and took a test drive through the first act of the much anticipated dungeon crawler. I come back to the world of Torchlight a bit burnt out, thanks in part to the release of Diablo 3 a few months ago, but I press on and find that Torchlight 2 definitely has the chops to go up against Diablo 3. It's not done by reinventing the wheel though, it's a bunch of little things that are immediately noticeable that give Torchlight 2 a distinctly different feel.

First, the game is incredibly quick, responsive, snappy, and other adjectives that describe speed. Character movement isn't a stat and there's just one speed, FAST. Characters fly through the rolling hills and caverns. Then there's the speed shrine which takes the speed to an even more ridiculous level. This speed isn't just reserved for any one class either, all characters are just quick on their feet, which makes exploring a lot less time consuming. The new Charge Bar also keeps the action at a brisk pace, offering up combat bonuses that will remain as long as players are in combat, and another addition that will keep players in the action longer, the pets can now retrieve items from stores, which actually saved my ass against a boss near the end of the act. I was literally running around in circles for two minutes dodging attacks while my pet falcon went to town and back to fetch me a couple of potions. 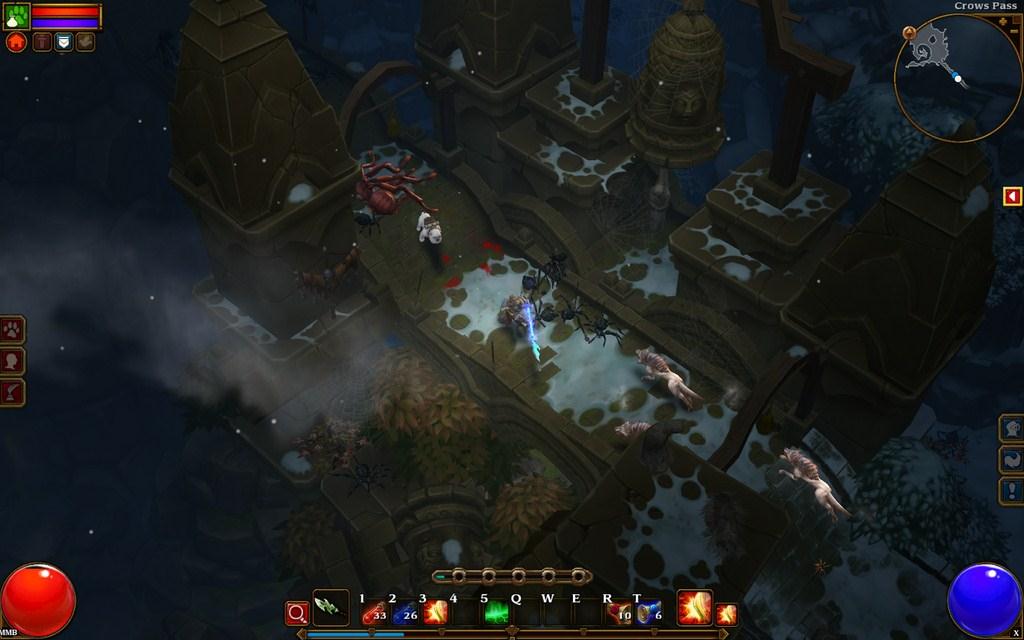 The new classes in Torchlight 2 build off of the previous game in a few ways and adds a new class altogether. The Alchemist is now an Embermage, the Vanquisher is the Outlander, the Destroyer is now an Engineer, and the Berserker is just going to punch things in to submission with their fists and beastly magics. The pets now offer up a lot more variety in terms of choice. I went with a sweet falcon (because that gets all the ladies according to Reddit), but I know a bunch of people will be happy to see stuff like ferrets, bulldogs, papillons, panthers, and wolves.

There's plenty of stuff for those pets to carry too, with the first act taking nearly six hours to complete across a number of dungeons and landscapes and plenty of loot dropped at my feet. There was plenty to find, see and explore, making it vastly different from the original Torchlight's dungeon crawling. There is now a hub world in each act that serves as the point of return when using a waypoint scroll, and this is where players will find vendors and enchanters to sell or augment all of that sweet sweet loot. There is also a stash that players can store items in that can be shared amongst all created characters, so finding a sweet gun while playing as an Embermage doesn't necessarily mean it needs to be sold now. This inclusion will drive me to play more of the classes. Outside of the town players will now explore a variety of locales that feature smaller dungeons that contain generated events for players to partake in and more loot to find. The level designers obviously went through a lot of pains to make Torchlight 2 visually pleasing and varied, with tons of hills and vistas that players can explore. And enemies can attack from surprisingly, it's not uncommon to see melee enemies on the high ground jump down to engage. 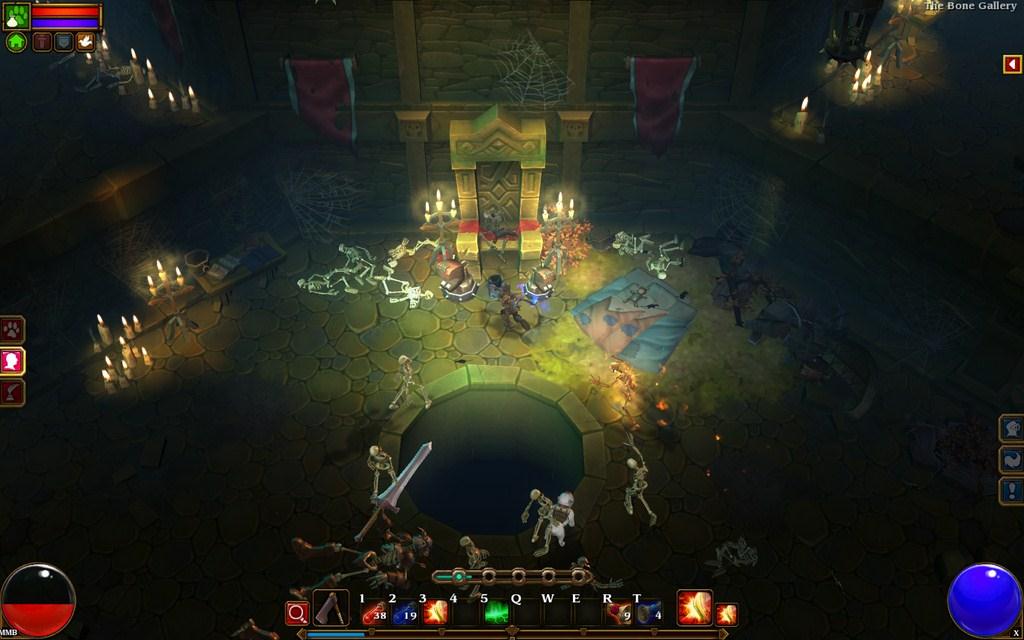 Character growth hasn't changed much from the original Torchlight, the only noticeable change is that magic has changed for focus to cover all the characters. Skill growth is a little bit different in terms of layout and accessibility. Some skills can cap until a later level to keep them within check in terms of balance, others have tiers that offer a bonus. For example the Outlander's Glaive Throw skill will rebound off more enemies when it is leveled up. There are also plenty of skills that offer permanent passive effects that offer up something interesting, like the Outlander's Shadowling Ammo that offers a percentage change to turn defeated enemies into small bats that fight for the player for a limited time and then explode. Players also have the ability to redo their last three choices for skills in exchange for a small amount of gold.

The visuals are definitely upgraded over the previous Torchlight, and the style remains the same. The steampunk visuals give way to some rather impressive looking arcane locales. The upped poly count also makes things look a lot smoother, and running this game at max resolution is certainly easy on the eyes, and wasn't taxing on a reasonably powered system that was built two years ago.

It's only a few days away, and Torchlight 2 is looking like an excellent follow-up effort from the guys at Runic. The speed boost and addition of the Charge Bar make combat fast paced and enjoyable. The new locales offer up a lot of variety in terms of visuals and will have players improvising their combat tactics thanks to enemies taking advantage of terrain. The revamped character classes have a few more options when it comes to how to play the game as well. Once this game goes live on Thursday, the debate for which is the better dungeon crawler can begin, and having played both Diablo 3 and Torchlight 2, I can definitely now say it's going to be a tough call.