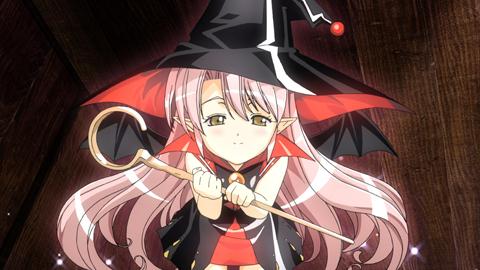 Written by Matt Mirkovich on 9/18/2012 for PSP
More On: Growlanser: Wayfarer of Time
I enjoy a reasonable challenge in the games that I play. I don't enjoy relying upon dumb luck to win what should be a no-brainer battle. And about half way through Growlanser: Wayfarer of Time I realized that I'm not going to get through this game on my own skills and overly-leveled party. Nope, I was just going to have to hope that the scenario of battle I was dropped in to didn't contain some stupid loss condition that would be incredibly easy for the computer to achieve. I wouldn't harp on something like this right out of the gate if it wasn't for the fact that stupid battle conditions are about half of the experience. Slogging through Growlanser: Wayfarer of Time is one of the most masochistic acts of gaming I've suffered through, and I don't know if I developed Stockholm Syndrome as a result, but as time went on, I started to enjoy it, but that doesn't really make it a good game.

Growlanser: Wayfarer of Time is one of the last games for the PSP, but I would have believed that it was a first generation release. Wayfarer of Time is a port of the PS2 game from 2003, but it's surprising that there are so many weird design choices left over from porting the game that are present that makes this game feel antiquated. It also has some very dated looking art (this game looks especially pixelated when played on a Vita). To top it off, this game is one of the most unrealistically difficult games I have played in quite some time and I almost sent my PSP through the wall a number of times trying to get through this game. 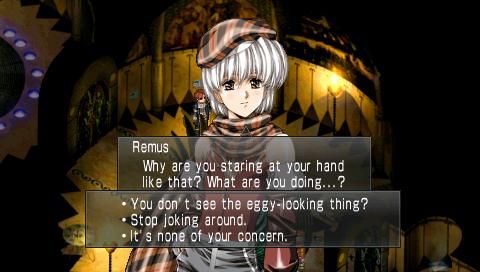 Wayfarer of Time puts players in the boots of a nameless protagonist, a Ruin Child, raised by a mercenary squad called the Alten Schwart. Working as a mercenary is all well and good, traveling between countries and serving as hired help, until angels start showing up and start destroying towns left and right. In the midst of some political dust-ups between the countries of Marquelay, Valkania, Iglesias, and Dulkheim, the Alten Schwart is destroyed, its members scattered. Players must find out what is going on with the angels, and survive the machinations of kings and politicians who all work toward their own twisted goals. With over 40 endings possible in the game, there are a lot of different paths to take and a great deal of stories to experience. The only problem is the pacing of this game can be ridiculously slow at times. Early on this game is reasonably well paced, but by ten hours in I was sitting through a period of the story where approximately half a year had passed in game, and I spent it all in a lab to be experimented on. Meanwhile I was treated to a theater of war, seeing countries poke and prod each other trying to gain a strategic advantage, and it was utterly boring, quite possibly the longest hour of pressing the X button I've ever experienced.

When this game isn't boring, it's damn difficult and it's a major detriment to Wayfarer of Time. I've lost track of the number of times where I went in to a battle and was utterly steamrolled, or given a loss condition that the enemy was able to achieve before I even finished casting spells, and these were mostly boss battles that like to pop up at real inopportune times (interpret that as me not saving enough, sometimes). 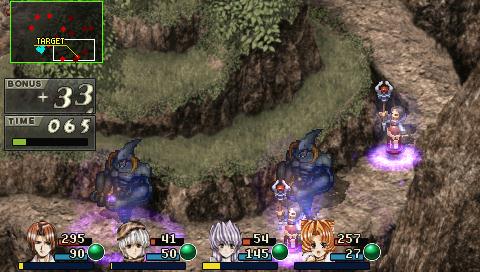 One battle in particular that I can't shake happens in the later portions of the game. Let me recall just one of my many enraging experiences with this battle. My party of four reasonably high level characters (normal enemies would fear them) stationed around flags that needed to be protected from enemy attacks. The protagonist is a melee fighter, as is one of my companions, Eliza. Remus is an archer so he's got range, and Frayne is my mage. Once the battle starts, I queued up commands for each character, Eliza and the protagonist would head off enemies trying to charge in, and attempt to stifle any magic spells being cast by the enemies. Remus was set to attempt to take out the archers that were present, and Frayne was charging up spells that could wipe out a unit in one shot, but those spells would take a while, but she's at the furthest flag so she should be perfectly fine.

Well, plans all went to hell when the enemy archers managed to get critical hits on one of the flags, taking it down in two hits, and Remus hasn't even gotten a shot off yet. Eliza and the protagonist are holding things down fairly well but they wouldn't be able to get to the archers, and Frayne's spell is only halfway cast. I could have her cast the spell early, but that would force her to have to bear the brunt of the three knights charging her way. My only option at this point is to try and have Eliza and the protagonist take out the commander, and halfway through that task, enemy reinforcements arrive, and it's now a four on eleven battle. Doing enough damage to the commander causes all the other units to flee, unfortunately the fleeing units all want to run straight toward my flags and attack them while Eliza and the protagonist are at the opposite end of the map, giving enemies a fairly clean run at the flags, and after the second flag fails, the mission is a loss, game over. 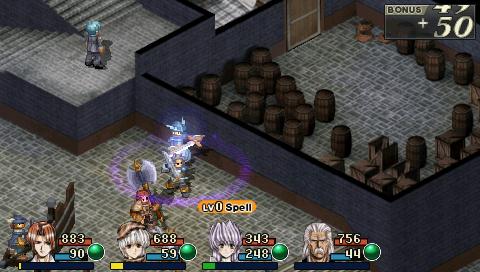 That's not even the worst experience I could give you either. There are a number of fights that I went in to that I was terribly under-leveled, but at a point where the monsters around were not giving up the experience to make it worth grinding, unless I want to spend a good five or six hours in one area. I suppose it would be worth it at that point because I'd finally be able to afford some of the ridiculously expensive armor. Basically, expect to do a lot of grinding and don't expect it to always lead to an automatic victory. Also, I figure I should throw this little tip out there unless people are rabidly searching for the manual while playing this game, but it is possible to cast buff spells outside of battle and carry those effects in to battle, which at least helps set up for a battle and doesn't waste the early turns trying to get ready for combat while the enemy draws close.

Combat in Wayfarer of Time is a bit different from typical strategy RPGs, which is kind of a blessing and a curse. Movement isn't handled on a grid like most strategy RPGs tend to do, instead the whole field is open game, and characters move toward or attack their target automatically once their turn is up. Meters at the bottom of the screen show the progress toward a characters next actions. But this system doesn't show enemy turn progress so there's a lot of guessing that has to go in to which enemies are the biggest threats. If an enemy is casting a spell they will be delayed if they are attacked, but it's not possible to tell what level spell they are casting to see if it's even worth trying to delay it. Working with this lack of information makes a lot of battles more difficult than they needed to be and on top of that enemies will always have more powerful spells at their disposal and learning some of these more powerful area of effect spells is a matter of completing side-quests that can require a lot of backtracking to areas previously visited to search areas that don't really give any clues to where an item that is needed might be hidden.

Learning spells and skills is a simple matter of equipping stones to rings that are picked up off enemies at random. Once a stone is set in the ring, it allows the character to learn the skills that it contains. At best a character can learn up to six skills, abilities, or stat augments at a given time, but most higher end skills will only be taught one at a time, and will require exorbitant amounts of experience to level up, making some of them almost impractical until the end of the game, but on the other hand, some of these skills are absolutely essential to survival, so back to the grind I had to go. 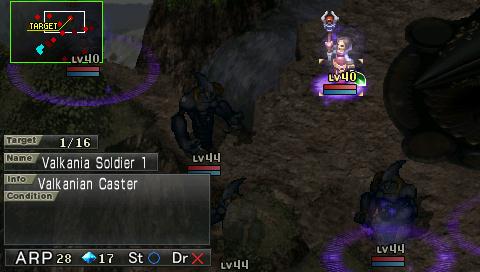 Graphically, Wayfarer of Time looks dated, it's got 2D visuals that aren't all that sharp, which is surprising even from a game from 2003. The character designs by Satoshi Urushihara definitely stand out, but it's odd to see such nice character art for when characters speak versus their somewhat ugly sprites on screen. This game looks like it would have been from the PS1 era, which makes the fact that it's a PS2 port all the more surprising. Audio is middling at best, with music that is constantly recycled, nothing is really memorable, and the same standard battle track gets old really quickly.

I was genuinely excited for Wayfarer of Time, and I'm incredibly disappointed to see that it's such a mess of a game, with weird quirks (like the cursor for any choice players make is not immediately on screen, the up or down button needs to be pressed for it to appear) and an at times ridiculous difficulty. A slog is really an apt term for this game, because that's all it is, the slow story pacing, the crushing difficulty, and the slow character growth make this game one for the extremely patient and dedicated. The new game plus option makes achieving the endings a lot more palpable, but with nothing to really speed up the events in the game it still is a great deal of a time sink. For those hoping that this would be a fitting last hurrah for PSP games, might I recommend Gungnir instead? It's definitely a difficult game, but at least it didn't feel as insurmountable as Wayfarer of Time did. Otherwise, Growlanser: Wayfarer of Time can only be recommended for the hardest of hardcore fans, everyone else, there's better stuff out there.
The battle system in Growlanser: Wayfarer of Time isn't really at fault here, it's the numbers game behind it that seems to be rigged in the computer's favor that makes playing this game a chore. The slow story pacing will also require a lot of patience from prospective gamers.