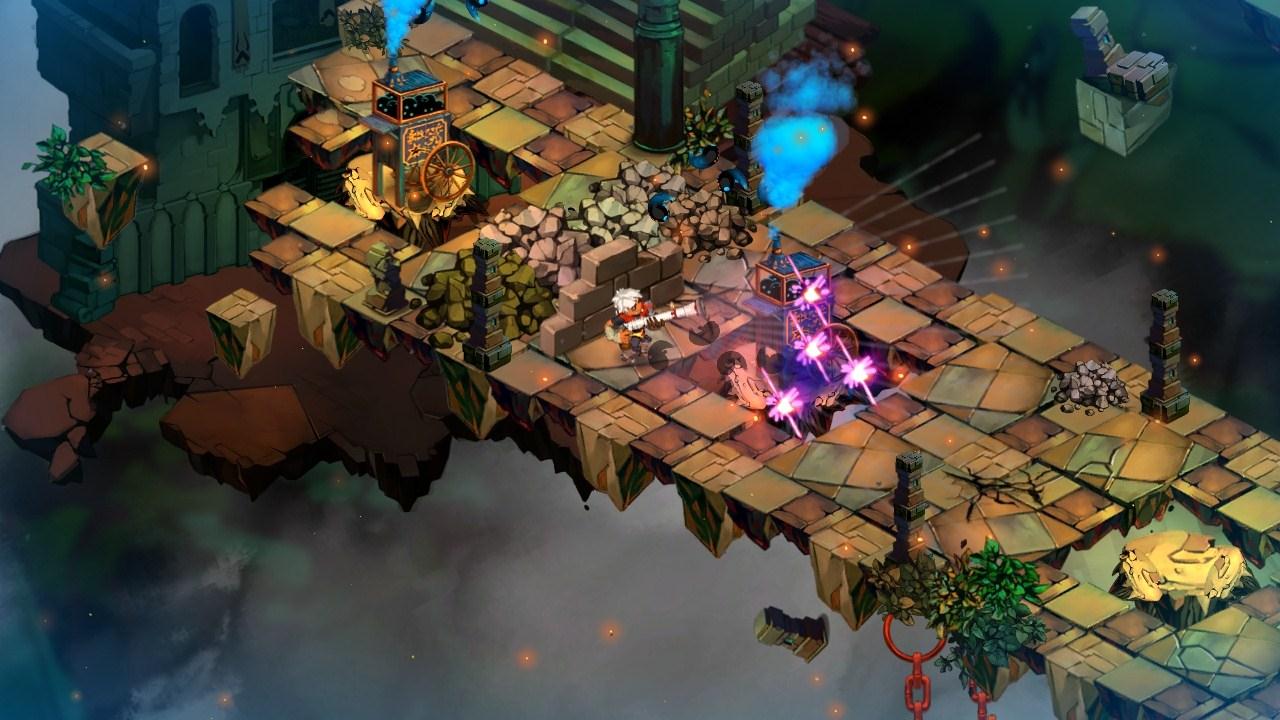 All In Your Head

"You want to hear ballerina music?" I ask. I click on LMFAO anyway. Those two party rocking dudes may say they're sorry for party rocking, but they shouldn't be. Everyday they're shuffling. Besides, I'm broadening my daughter's musical horizons. In our home and in the car, my wife plays nothing but classical music, probably because her mother played nothing but classical music, and my wife is nothing if not an astute recreation of her mother and her tea-and-crumpets environment; her homeschooled, God fearing, erudite, classical music loving mother and environment. Plus tea and crumpets.

It's that cloistered eggshell I'm already having to chip away at with my own toddler. It's forming. I can see it. I'm watching its eggy embrace encircle her in a tough but still crackable ovoid, but I must move quickly. She may not be making any long-term memories yet, but these are formative years nonetheless. If I don't act now it's going to be a lifetime of Beethoven and Vivaldi, Bach and Mozart. Just a few minutes of LMFAO might do the trick

"No!" she says, a little more insistent than I like. "Bal-uh-WEE-nuh," she says. Her enunciation is improving even if her pronunciation isn't.

"Okay. Here. Sweetie. Let's try this." I stop the party rocking dudes and flip frantically to the Bastion original soundtrack, my second-favorite role-playing game (but number one soundtrack) from the past 12 months. She's impatient. I'm losing her. I've got to make this one count or it's "ballerina music" for the rest of the afternoon -- sayonara, sucker. And not just any ballerina music, but Pyotr Ilyich Tchaikovsky's Swan Theme from the Swan Lake ballet. It's track number 9 on the Best of Tchaikovsky album, performed by the Czecho-Slovak Radio Symphony Orchestra, and my daughter will not be satisfied unless I push the repeat button on that one. She watches me to make sure the red Repeat LED lights up on her little ghetto blaster's face. Let's get a loop going, Dad, she seems to be saying. I don't want any other pesky songs jingling around in your brain for the rest of the day.

Sure, it's frustrating getting Gotye's "Somebody That I Used to Know" or Carly Rae Jepsen's "Call Me Maybe" stuck in your head, but Tchaikovsky can be just as relentless. He was Russian. He died of cholera. Or suicide. Either way, I'd understand. And if this Bastion soundtrack doesn't hold my daughter's attention, then I can look forward to an entire afternoon of partying like it's 1899.

"Listen," the Bastion narrator says on the first track. "All this takes a lot of getting used to."

Skip to track 2. Some O Brother Where Art Thou banjolele crushes up against a chunky breakbeat. This is good stuff. I look at my daughter. She's leaning against the rocking chair, her chin kind of resting against her hand, her eyes not really seeing the speakers. The track sounds like some Chinese railroad workers could bust out in a breakdance battle in my living room at any minute. I purse my lips into a duck face, bobbing my head, really selling it. My two year old, however, looks nonplussed.

I give it a few more seconds, but I know what she's going to say, so I stop the track before she can say it. It's ballerina music time. I queue up Swan Lake. She lifts her chin and her eyes go large. "Tutu!" she says. She runs to her bedroom and comes back, maybe 20 seconds later, with a frilly pink tutu around her waist. She has several others, but this one is her favorite. 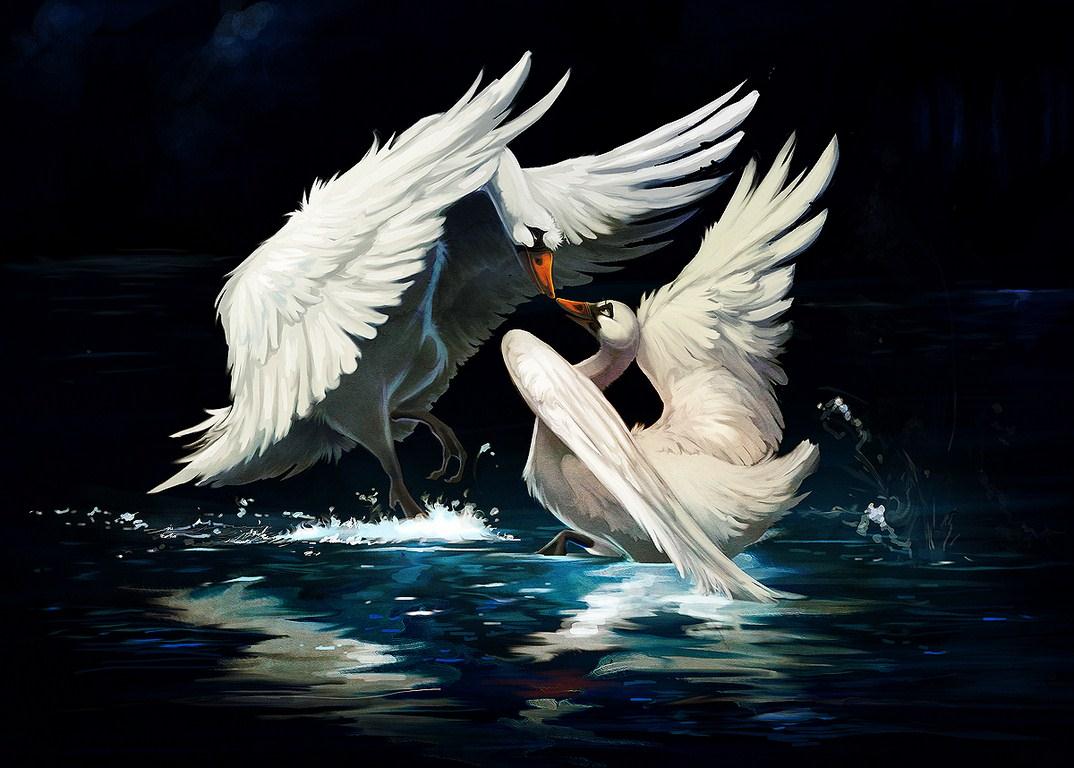 She begins to dance. First position. Second position. Leg up. Pirouette. Tiptoes. She's two-and-a-half and she walks on her tiptoes. I cringe but I'm amazed. Then she kicks one leg back and falls forward in some kind of controlled, kung fu-like scorpion kick. I'm not certain if I'm watching her version of Swan Lake or a soccer match in Wembley Stadium. This Crouching Tiger Hidden Hackey Sack dance could go on for another 15 minutes. "Deeee, dee dee dee dee deeee, dee deeee," she croons to the music, touching her fingertips together above her head. And, sure enough, Tchaikovsky is now stuck in my head too. My chin starts to lower down to my chest, spittle forming at the corner of my lip.

The Germans have a word for the song looping over and over in my head. They call the phenomenon an ohrwurm, or earworm for us English speakers. When it's not Tchaikovsky's dirty ballet-conducting fingers scribbling around in my gray matter, I have another earworm -- a couple, actually -- currently working me over instead. One is Gotye's aforementioned "Somebody That I Used to Know." The other is the likewise aforementioned Carly Rae Jepsen's "Call Me Maybe." That's correct: I often only get the most overplayed radio-friendly pop music stuck in my head. They're not the songs I want stuck in my head, but they're the songs I deserve to have stuck in my head. Internet memes popped up around both of these songs, so there's been no escape. This could be my cue to stop listening to top 40 radio, but if I did, those touchstone Internet memes would be lost on me. I wouldn't be part of the conversation. I could've gone into the week of July 4th, all happy-go-lucky, maybe at my buddy's unfortunately gluten-free BBQ cookout, or possibly getting a $20.00 elephant carwash at the drive-through Oregon Wildlife Safari (you never know), when those fateful words would stream over the radio into my ears for the first time: 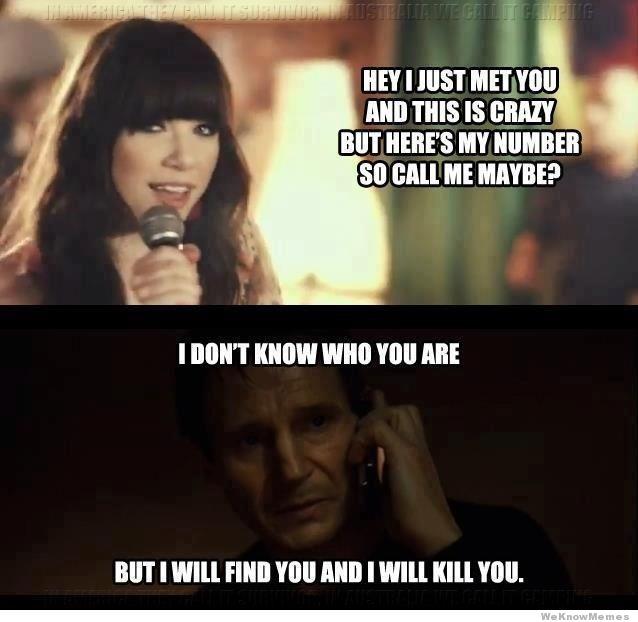 My daughter has zero tolerance for such bubble gum popular music antics. "No. No thank you." She can be polite sometimes. And when I'm flipping through Zune's Hot This Week list, or even my Fun. station on Last.fm (Fun. is the latest punctuation atrocity from the fine folks that brought us Panic! at the Disco), all she gives me is a curt series of nopes and no thank yous. Too catchy for her in a certain sense? More catchy than, say, Swan Lake on repeat for two hours? You be the judge.

I snap out of my lull. "No thank you," I say. I can be polite sometimes. And after 120 minutes of a Swan Lake that's desperately missing Natalie Portman in a Black Swan tutu -- my kid's cute, but you understand -- I queue up more video game soundtracks. Sword & Sworcery LP, give me your REM-state Ballad of the Space Babies. I queue you up too, Mass Effect 3 soundtrack, even though I wish were a little less Mass Effect 2 and a little more Kavinsky. Grand Theft Auto IV, thanks for vacuuming up "No Sex For Ben," the funkiest, beatboxing-est track to every come out of The Rapture. And while dubstep's popularity wanes in one aspect, I will probably always harbor a space in my heart for Ephixa's Zelda Step: remixes conjured, killed, and reborn from The Legend of Zelda's myth-producing gamescapes.

My daughter leaves the room. I'm not going to force her to sit here and listen to this. But I will turn the music up. Perhaps she'll broaden her musical horizons on a more peripheral level, subconsciously. And, perhaps, one day she'll be throwing a tea party for her sock monkey, she'll get a little snippet of Bastion, Sword & Sworcery, or Mass Effect 3 stuck in her head. And I'll be there with an apology, because I can be polite sometimes, telling her, "Sorry for tea party rocking."