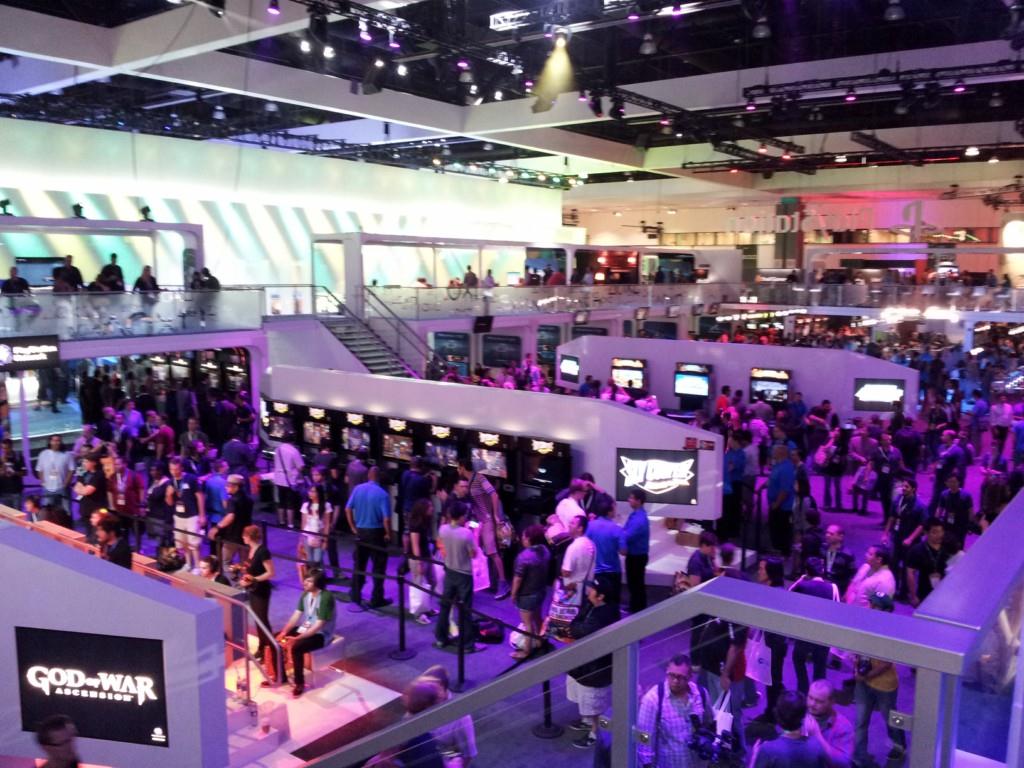 Written by Mike Mahardy on 7/12/2012 for 360   3DS   PC   PS3   Vita   WiiU
More On: E3 2012
Another E3 has come and gone, and the reverberations are still being felt throughout the gaming industry. While many of us weren't able to make it to the L.A. Convention Center, the majority of us kept our ears to the ground for any news from the show. After a steady slew of news made its way through the wire for the week, a few of the GN writers took their time to impart their feelings from the show.

I remember in the past being so excited for press conferences because of all the new games that they would show off, but in the last few years I have been more excited to see who will embarrass themselves the most and produce the newest internet memes. I don't remember much from the Microsoft conference except that it started with Halo 4... which I couldn't care less about but hey, people love it so I'm not going to complain about that. Then Microsoft thought it would be a great idea to shove down our throats that “everything is better with Kinect” and their new Microsoft music feature for Xbox live. We also got a chance to look at Microsoft Smart Glass, which looks like an impressive feature of tablets but alas, I can't afford any of that stuff so I have no interest in this.

And where do I begin with Sony. Get this... you have this brand new handheld out, you apparently have tons of games coming out for it this year... People are skeptical about the Vita since there aren't that many games available for it, and what do you do? You show a 30 second clip of Assassins Creed for the Vita and announce a Call Of Duty for the Vita with ZERO footage... not even a screen shot... and that's it. We had plenty of time for the Harry Potter magical book though! At least we got confirmation that PS1 games would be available to play on the Vita which was great as I have been waiting for this for a while but this was facepalming levels of stupid from them. Granted I am pretty excited for Beyond as I LOVED Heavy Rain and Indigo Prophecy. And finally we had Nintendo. They decided to dedicate their entire conference to the Wii-U which again... you have this NEW handheld device out there... why NOT give a little time dedicated to that? 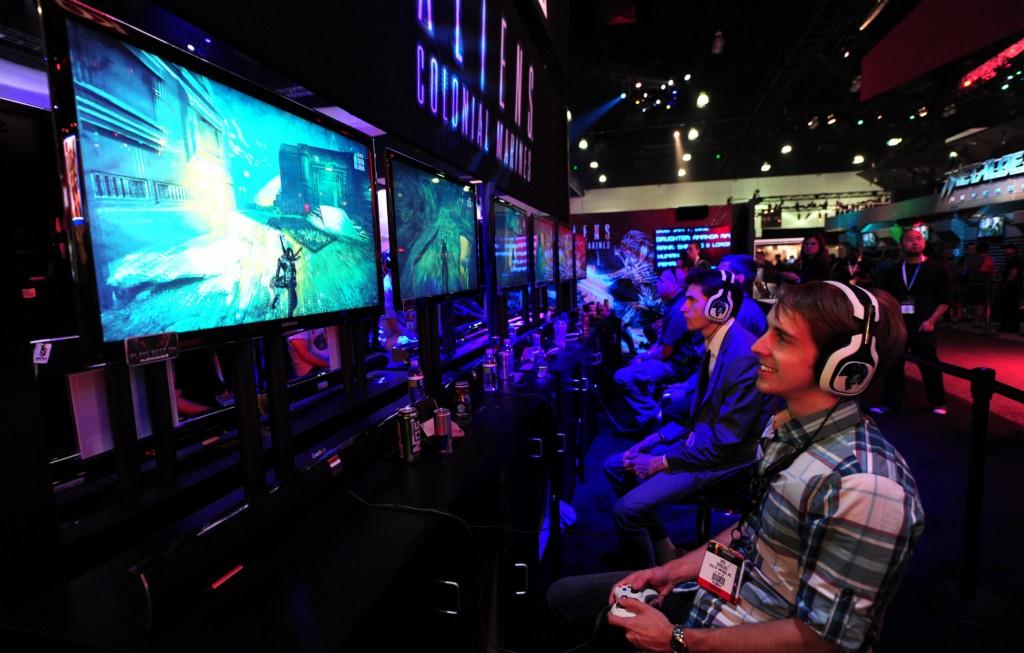 I hate E3.  Maybe it's because I've never been to one, but as strictly on outsider, it's nothing but empty fluffed-up promises and clueless suits that let other clueless suits tell them to tell us what the "next big thing" is going to be.  It's depressing to me and I pay as little attention to it as I can.  90% of what they show off will get cancelled, be delayed past the point of relevancy, or be mediocre directly proportional to how much hype it got as the "next big thing."  Chances are the nearest UFO convention will be exactly as based in reality as E3.

What can I say? There weren't a whole lot of surprises at this year's E3, which was rather disappointing for me. Microsoft's conference was pretty much the definition of "predictable." Not that what they had on hand was bad or anything, it's just what I was expecting. SmartGlass is...intriguing, but like Kinect I'm highly skeptical about how much of its potential it will meet. Every few years Microsoft seems to introduce some buzz-worthy new technology or service, and only end up delivering half of what they promised. Sony actually had the best show in my opinion, with standouts like The Last of Us and Beyond: Two Souls, but considering the competing press conferences were so dull, disappointing or predictable, it wasn't hard for Sony to stand out. I have to be honest, Playstation All Stars Battle Royale was kind of embarrassing, showcasing Sony's worst problem: a total lack of creativity or originality. Both the game's completely generic name and blatantly stolen premise, without a mere mention of Smash Bros, shows that Sony still has absolutely no problem shamelessly ripping something off and trying to "improve" it six ways to Sunday. 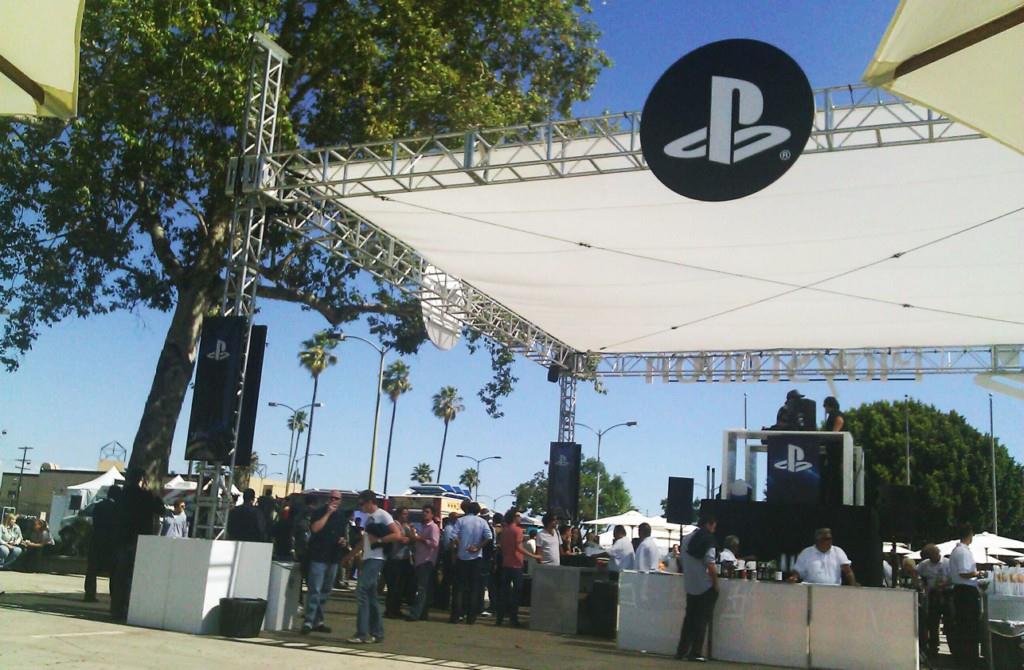 This year’s E3 was a nice change of pace from the last couple of years because it was all about the games. Sure, Nintendo focused on the Wii U, but both Sony and Microsoft were dedicated solely to software offerings. There weren’t any promises based on hardware that would be out in the future. It really felt like everything that we saw was “within arm’s reach”.

While both of those company’s had solid conferences, I really feel that Nintendo dropped the ball with their conference. It is very odd that with just a few months left until they release the Wii U, little to no details were given regarding the launch. We don’t have any idea of a date, a price, or the specific launch titles being planned. Sure, there were a couple of titles touted as launching alongside the system, but those were few and far in between.

I had a wonderful experience attending this year's E3 and was able to get hands-on time with a bunch of great titles. The games that surprised me most at E3 were those that had developers and publishers breaking the mold by showcasing original and thrilling game concepts. I've included two of my picks below for games that surprised me during the hectic week of press releases and appointment-filled calendars. The most noteworthy game revealed at E3 was Watch Dogs, which has been in development by Ubisoft Montreal since 2010. Watch Dogs combines the concepts of information warfare, surveillance, hacking, and city supercomputers within a open world game set in a future version of Chicago. All I could of think of during the game's videos was an awesome combination of Grand Theft Auto and the film Blade Runner. Another game that took me by surprise was the upcoming independent release Pid, which is being developed by Swedish studio Might and Delight. An innovative gameplay concept and stunning texture-less visuals placed Pid at the top of my list for games to watch this year. 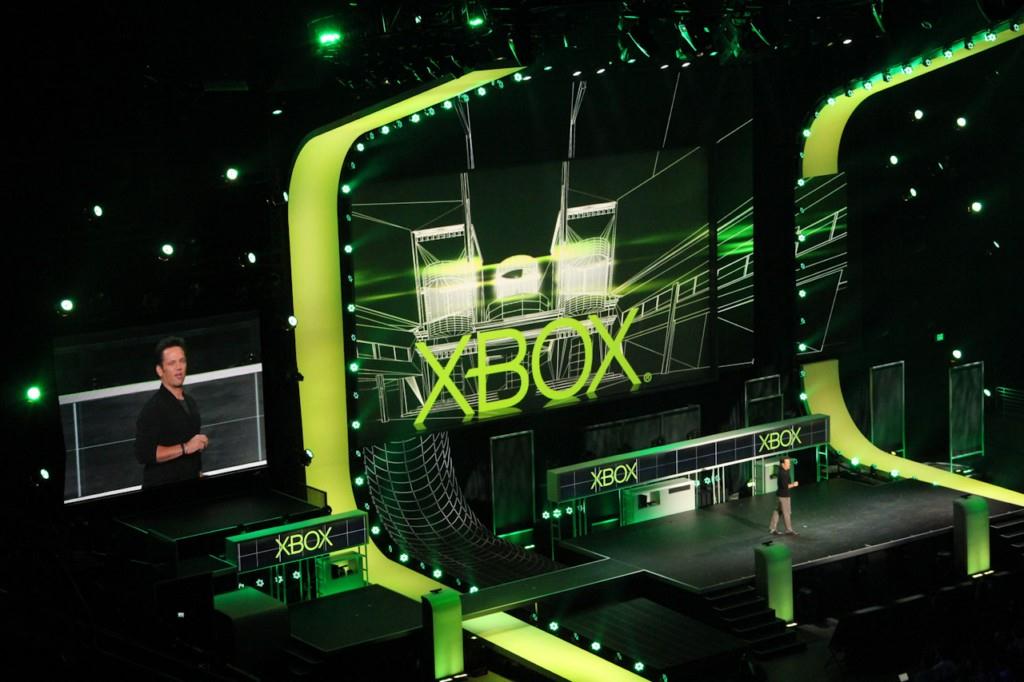 Prior to E3, I was so excited to see what Nintendo would show for the Wii U and the 3DS, as well as the new games Sony would put on display for the Vita this year. Sadly, there weren’t too many surprises. Nintendo essentially had the show to themselves in terms of hardware. The other two companies in the big three declined to announce or showcase any next gen consoles yet, so with the bases loaded and the chance to end the game, Nintendo could have knocked the ball out of the park. Instead, they bunted. Rather, they grounded out in the ninth inning.I would have loved to see more of the Wii U’s capabilities. Inventory screens and mini maps on the touch screen get the Zelda and Metroid blood in me flowing, but aside from a couple of new editions of 2011 and 2012 titles, there wasn’t exactly a large roster of new games.

As far as the actual games go, I really have to be the optimist here. I agree with Jeremy, this year was about the games, and there was no shortage of them. Yes, there were very few new intellectual properties, but the ones that were present promise to be amazing. Dishonored, Beyond: Two Souls, Watchdogs, The Last of Us, and XCOM: Enemy Unknown brought their A game, and I wasn’t disappointed in the sequels either. They showcased a sense of steady iteration rather than repetition, taking their franchises in new directions all across the board. Papo & Yo and The Cave are two smaller titles that I can’t wait for, and I was glad to see them get the spotlight they deserved.

While there were plenty of gameplay demos to see this year, the majority of the writers thought the hardware presentations were a little disappointing. It's safe to say that next year will showcase much more in terms of consoles, so until then, it look like this generation is going to finish strong.


* The product in this article was sent to us by the developer/company.