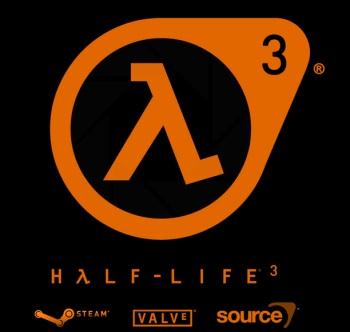 Written by Charles Husemann on 5/31/2012 for
More On: E3 2012
With E3 around the corner some of the writers at Gaming Nexus have been slaving away, trying to come up with some predictions about what we will and won’t see at E3 next week.

Jeremy has already covered the five big games to look out for at E3 so I’m going to talk about the highly anticipated games that you’re not going see next week.  Much like professional decorum at the Nintendo press conference there, just isn’t going to be a lot of new info on these games next week for a wide variety of reasons.

Without further ado, here is a list of the five games I think will be absent at the show next week.  For each game, I’ve included the reasons why the games are important as well as the reasons the game will not shown.  Of course there’s a chance we’ll get some new bit or two of information on the games, but I don’t think we’ll see any big announcements from any of these titles.

Both games are also shining examples of how Free To Play is re-energizing the game industry and how the model is quickly becoming the new standard for the industry.

Why they aren’t going to be at E3
Booth space at E3 isn’t cheap and without a place like Kentia Hall (where the space is cheaper), smaller devs just don’t have the capital to buy a seat at the E3 table. Even having presentations at local hotels isn’t cheap as LA hotels raise their rates for the show.  It also doesn’t help that smaller developers don’t have the development bandwidth to deliver a new E3 demo without impacting the timeline of their projects.

Prey 2
Why the game is important
Prey 2 was the biggest surprise at E3 last year.  The game not only looked great, but it featured some very innovative vertical gameplay mixed with an interesting plot line.  It also helped that the game was one of the best looking ones on the show floor.

Why it’s not going to be at E3
Depending on who you talk to/believe, the game is either not meeting the quality standards set by publisher Zenimax or the team at Human Head has halted development to negotiate better terms.  Either way it looks like one of the bigger surprises from last year won’t be showing up at the show this year, which is a huge disappointment.


The Last Guardian
Why the game is important
The latest game from Team Ico captured the hearts and minds when the first footage was shown during Sony’s E3 press conference in 2009.  The footage of a young boy playing with a young gryphon like creature resonated with everyone at the show even though we knew that the game would probably end in one of two ways.

Helping the hype is the fact that Team Ico has created a few modern masterpieces over the last decade or so which further ups the expectations of everyone who saw the footage.

Why it’s not going to be at E3
The game appears to be stuck in development hell at this point.  The departure of designer Fumito Ueda probably hasn’t helped things and given the anticipation for the game, you would have to be a fool to show the game in any kind of unfinished state.

This is a bit of a wild guess but with the release of the PlayStation 4 next year you almost have to wonder if they haven’t shifted development of the game to the new platform to give the upcoming console a system seller when it launches.


Grand Theft Auto V
Why the game is important
The Grand Theft Auto series is one of the top franchises in the game industry and barring a complete disaster at Rockstar the game is guaranteed to be a contender for game of the year whenever it is released (more than likely 2013).

Why it’s not going to be at E3
We won’t see GTA V at E3 because the game doesn’t need to be there to get coverage.  Rockstar stopped showing the GTA games at E3 years ago and there’s no reason to believe that trend is going to change this year.  Why would Rockstar try to compete with all the other games on the show floor when they could pick any other day on the calendar to own?

Half Life 3
Why the game is important
A lot of people (myself included) consider Half Life 2,along with its two episodes, to be one of the best games of all time.  It’s been nearly five years since Half Life 2:Episode 2 cliffhanger ending and gamers have had a near terminal case of gaming blue balls waiting for Valve to conclude the series


For those of you holding out hope that these games will show up in some form at the show, I would remind you that with the exception of GTA V, all of these games are confirmed to not be at the show next week.  I am a bit surprised we haven’t had a major announcement around GTA V the week ahead of the show, but there is still time for Rockstar to make a splash ahead of it.