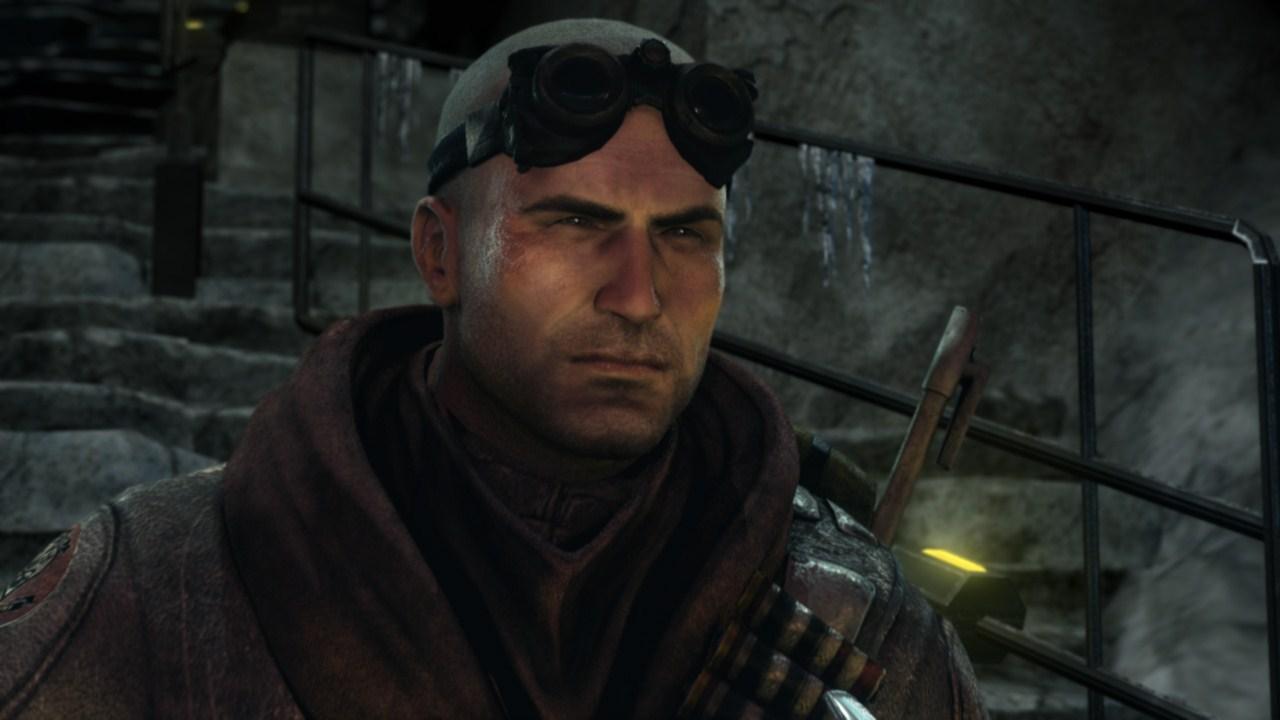 Written by Tina Amini on 4/25/2011 for 360   PC   PS3
More On: Red Faction: Armageddon
During a two-day long event, THQ showed off many of their upcoming titles. Although we’ve already previewed the two announced online modes of Red Faction: Armageddon - Ruin and Infestation - from the event, we’re finally allowed to talk about the single player campaign experience. Within the few hours we spent playing the campaign, members of the press were introduced to a multitude of weapons, enemies and vehicles.

Volition puts you into the shoes of Darius Mason, grandson of Alec Mason who we know from Red Faction: Guerrilla. With the Terraformer machine on planet Mars destroyed - and the planet thereby rendered uninhabitable - the Colonists moved underground to settle beneath the crust of the planet in the mines developed by their ancestors. Our adventures start with Darius escorting a medical convoy into the Bastion, which is the last stronghold for mankind upon Mars. Given his expertise, the Colonists enlist in Darius’ help to power up water pumps with power cells. As he scrounges the underground mining trails, Darius encounters the bug-like aliens intent on his destruction.

Pulsating pods housing these creatures will burst upon their detection of you. Immediately, I know what must be done. Selecting Red Faction’s signature weapon - the magnet gun that boasts infinite ammunition - I propel the side of a building into said pod to annihilate it before any other enemies can be produced from it. The Ravagers that have been released spring from wall to wall like large, significantly-less-cute squirrel monkeys. Their more robust counterparts are tougher opponents, but these lithe fiends can also be tricky to catch. 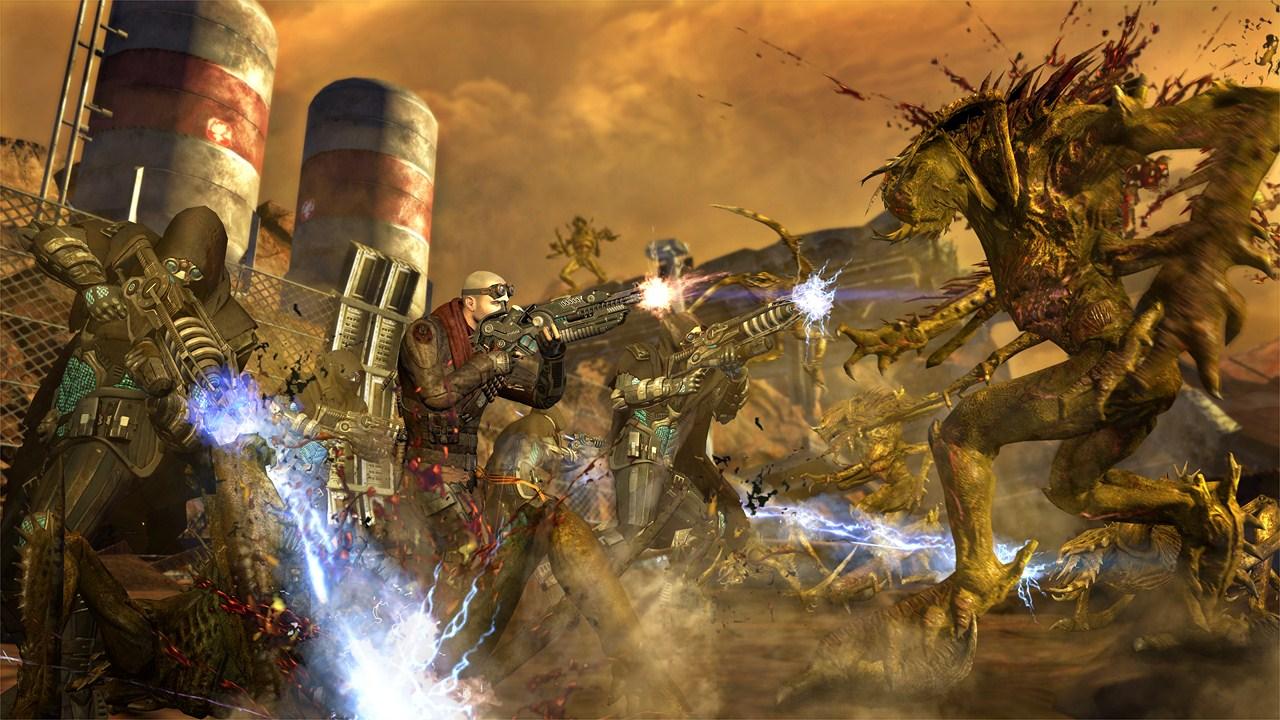 At this point, it’s time to experiment with the many, many weapons the build has available for us. If I feel so inclined, I can very well use my repairing tool to reconstruct the building whose side I have just torn off just to launch it into more enemies with my magnet gun. For those with a taste for close-range combat, the Maul sledgehammer is a vicious melee weapon. Of course, the shotgun and Banshee pistols work wonders in close-range, as well. There are standard weapons to choose from, such as an assault rifle, rocket launcher, and pulse grenade. Even snipers have a place here with the Rail Driver. My favorite to experiment with, however, was the Nano Rifle and Plasma Beam that disintegrate both constructions and enemies alike. The taste of vengeance was never so sweet as watching enemies burn into nothingness.

Combined with the variety of weapons here are their combination with your Nano Forge abilities. You can select one of four abilities per charge. I found myself using Impact - a blast wave that will both damage your enemy as well as send them flying away from you - most often, but there is an ability for every play style. While the Impact ability is more defensive in nature, there are more offensive abilities to choose from. Players can choose to send out a Shockwave that grabs aliens within a radius to suspend them mid-air in a stasis field. Shockwave turns your enemies into perfectly behaved targets. Berserk works like a boost to temporarily increase your fire power for extra damage. Finally, another defensive ability, Shell is much like how it sounds. Dropping a Shell on the ground will create a protective, energy shell force field. Any shots made by your enemies into this Shell will have them reflected back from whence they came. Attempting to enter the Shell itself will have the aliens subjected to damage by the energy field.

Of course, the Nano Forge abilities have a recharge rate on them so as not to give you too much power over your enemies. Even so, as you destroy buildings and kill enemies to pick up experience points, you can spend these on upgrades like a faster recharge rate on your Nano Forge. All the other standard upgrades are unlockable, as well - such as increased health, damage, aim, etc. The upgrades make an immediate, and distinguishable difference in gameplay. The advantages from these boosts make a noticeable impact on how efficient a killer you are. 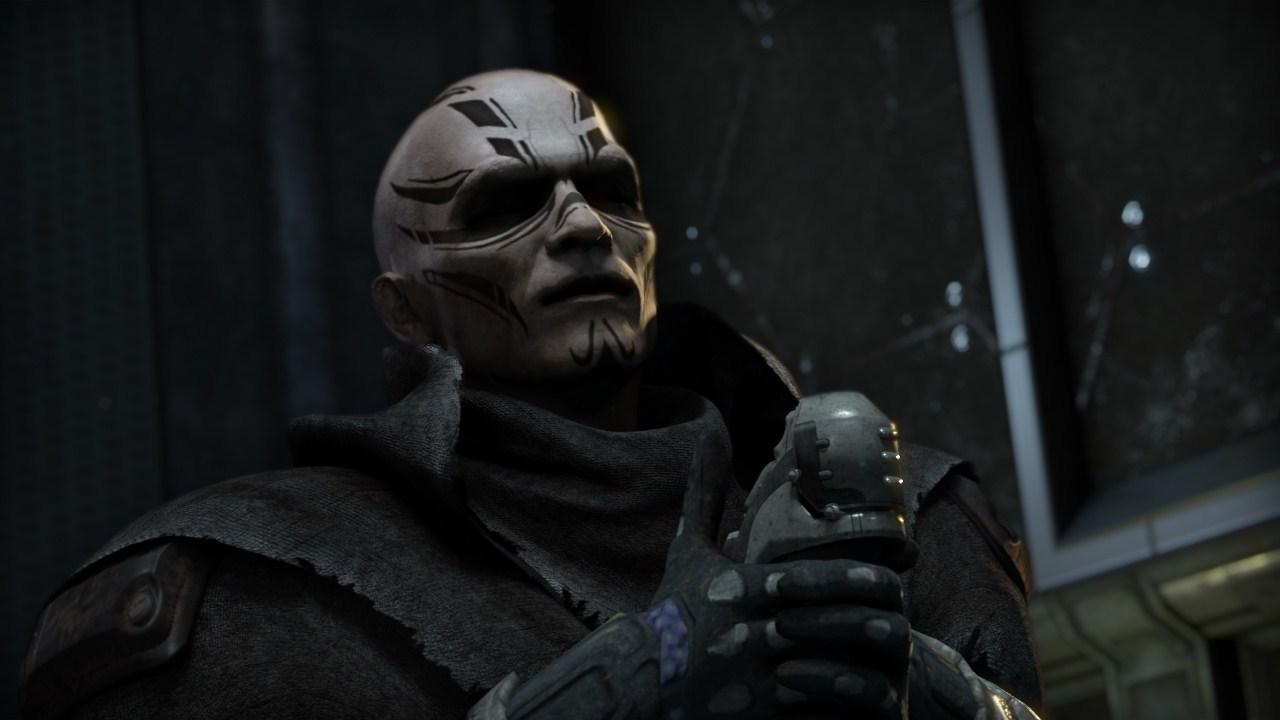 Along my journeys I am asked to destroy infected buildings throughout the underground society we are hoping to rebuild. While doing so, I make the acquaintance of the LEO exosuit - a powerful, fully armored suit that can shoot, blast missiles and ram enemies. This is the perfect contraption to be riding in when trying to destroy aliens and buildings alike. Unfortunately, during this avenue you realize that you’ve been duped into releasing the aliens into the premature colonies set up underground. After being chased by understandably angered Colonists, Darius manages to meet up with Red Faction to help fend off the alien threat on the surface.

Here, our mission brings us to the objective of destroying the cultists’ relay stations aboard the Walker. The Walker is spider-like vehicle that launches impressively powerful laser beams that result in satisfying explosions. I enjoyed it so much, in fact, that I didn’t even reserve this weapon for the tougher enemies/constructions. Everyone - fodder units and all - got a taste of the laser beam goodness. It’s those moments in a video game where you’re given the liberty of playing with godly powerful abilities for just a brief amount of time that energizes you for the challenges up ahead. Volition does a phenomenal job of allowing players to feel playful with their unique abilities and weapons, but at the same time managing the level of challenge within the campaign.

By the summation of the demonstration of Volition’s Red Faction: Armageddon, I came away only after my fingers were pried off the controller. I’m a sucker for unique weapons that actually work well. The magnet gun was not only a new experience, but it proved effective enough for me to carry the weapon with me in my limited inventory. Between launching enemies into head-on collisions against their will and disintegrating ledges where enemies are perched, I had a wicked good time exposing my opponents’ folly, much to their embarrassment.

Look for Red Faction: Armageddon to release on the PC, 360 and PS3 on May 31st this year in North America.

We’d like to thank THQ for providing travel and accommodations for us to attend the preview event.