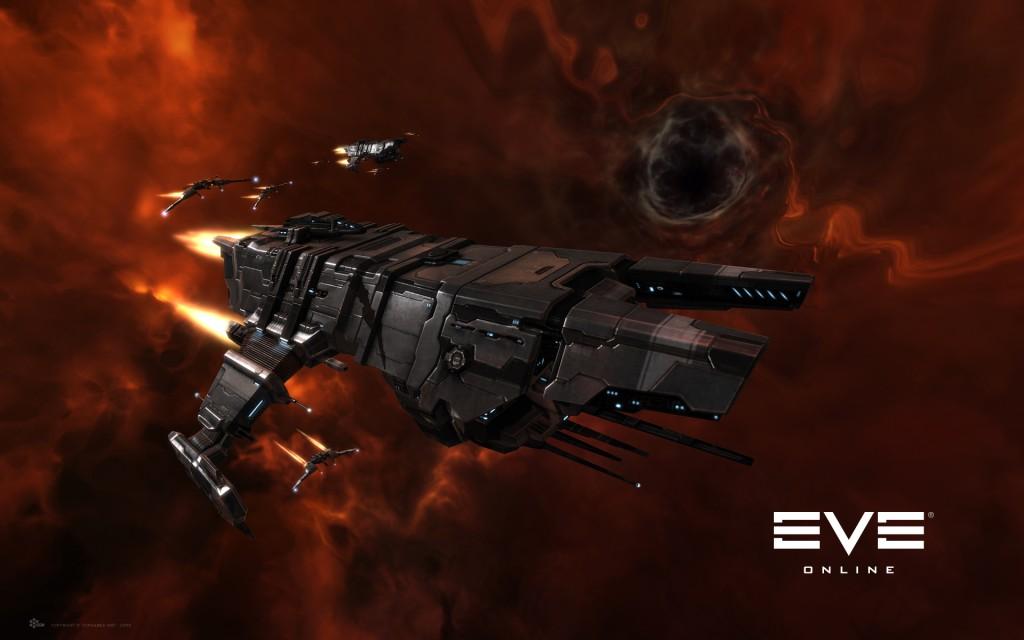 Written by Randy Kalista on 5/4/2009 for PC
More On: EVE Online
One minute, there’s an offhand report of some malfunctioning weather satellite in the Seyllin solar system. The next, wormholes are ripping open time-space over the entire New Eden star cluster.

Apocrypha, the eleventh expansion for the six-year-old EVE Online, measures the most dramatic sea change of the sci-fi spaceship MMO to date. The aforementioned wormholes, Tech 3 Strategic Cruisers, and revamped New Player Experience mark the top three highlights, though the devil resides in plenty other details. Developer CCP pulled a significant amount of stops in the creation and implementation of Apocrypha, and -- thanks to a newly-minted and thus far fruitful partnership with Atari -- has put EVE on store shelves once again; the first time since after its initial launch in 2003. That hardcopy presence today serves more as a victory lap than a show of force for the Icelandic developer, but the expense of putting out a boxed product speaks to the admirable and still-growing success of EVE.

As the in-game story goes, a wormhole opened up in the Milky Way galaxy that brought humanity to the New Eden star cluster. That wormhole eventually grew unstable and collapsed forever. The phenomenon hasn’t repeated itself since. That is, not until the May 10, 2009, launch of Apocrypha.

Wormholes -- which, in-game, operate on randomized algorithms -- can now appear anywhere in known space, and can lead anywhere into wormhole space. Every feature in these new systems must be scanned anew, as opposed to the pre-mapped environs of known space, and the local chat channels are disabled. (Local chat, in known space, serves as an ad hoc indication of which and how many players are in-system with you, giving players warning of potentially hazardous run-ins with one another.)

With the wormholes being wildly unstable, tales emerge daily of pilots finding themselves stranded on the oft lonely, unexplored side of a now-collapsed wormhole … with no immediate means of returning home. The only way back to known space in those instances is to seek out yet another wormhole, and hope that your situation doesn’t escalate from bad to worse by being unceremoniously spit out inside some uncompromising player-corporation’s borders. Self-defense doctrines often necessarily employ “kill on sight” orders as a nutritious part of a complete breakfast.

Exploration is certainly a reward in itself, as the introduction of nearly 2,500 new star systems to the EVE universe marks an approximate 30 percent growth spurt to the original number of stars. The total number is now north of 8,000. And while risk without reward wouldn’t be enough, there are many rewards indeed waiting to be culled on the other side of known space. The opportunity to carve out sovereign territory is tantalizing for solo artists as well as corporations, and the mineral wealth located in asteroid belts is phenomenal.

An ancient and chronicled race known as the Sleepers exists in those unexplored expanses as well, and they’re an enemy that fights with an ability (read as improved AI) heretofore unseen in the NPC lineup. The Sleepers are not unbeatable, but they typically give pause to even the most seasoned flyers in the EVE universe.

Tech 3 production and engineering, coupled with Tech 3 Strategic Cruisers, marks the apex of ship customizability. Up to this point, static components fit into static hulls. Your frigate, your destroyer, your cruiser looked exactly like everybody else’s frigate, destroyer, and cruiser. But now, within aesthetic and technical limits, Tech 3 Strategic Cruisers lend themselves to a font of creative setups and shapely designs. As in the real world, the introduction of new technologies comes at a premium. Stuff ain’t cheap. But EVE’s player-run economy will -- as it does with all things -- find an equilibrium, and prices for Tech 3 items and ships will stabilize, allowing this advanced-level addition to gain prominence in New Eden. 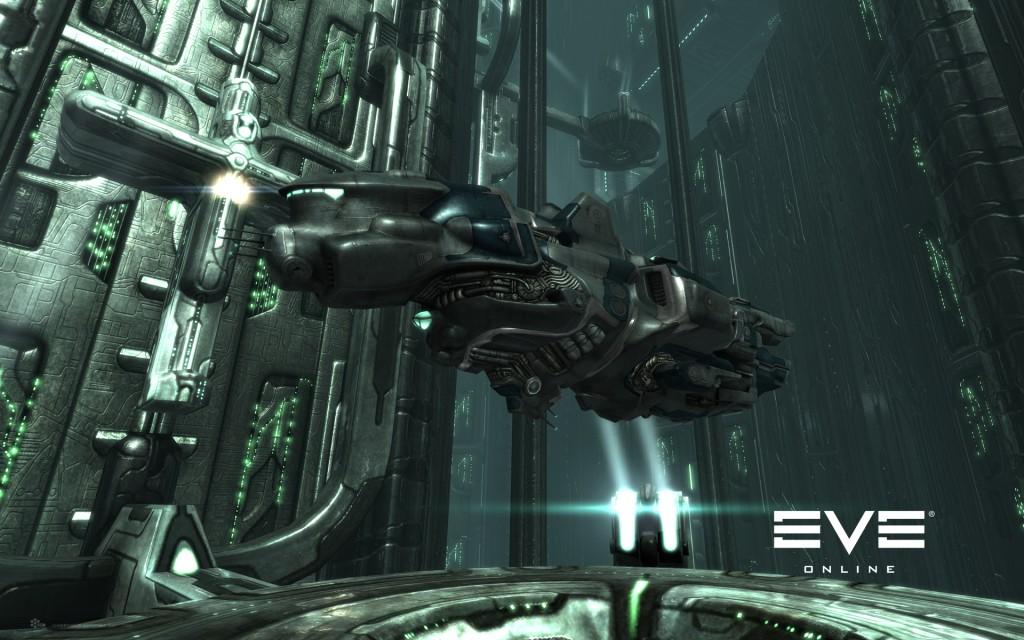 Not everything is high-geared for veterans, however, which makes Apocrypha an ideal starting point for newbies, despite EVE’s well-earned reputation as a scary-complex simulation. The New Player Experience is a major rewrite of the game’s tutorial in an attempt to ramp down EVE’s perceived learning “cliff” into a more scaleable learning curve. Thus, the opening tutorial is drastically shortened, boiled down to the most critical elements of moving your ship, “pew-pewing” (shooting) a few NPCs, mining a couple rocks, and shaking hands with the marketplace. Then, as you later find the time and inclination to explore the user interface further, the piecemeal EVE tutorials make themselves apparent when you see fit. Let’s not mince words: EVE is mind-numbingly intricate. CCP accepts this, and fully understands that it can be detrimental to new-player retention rates to heap too much on them from the get-go. Previous EVE players will (rightly) wonder if they’re missing something. They’re not. The onus is simply being placed on players to learn at their own rate.

To engage players in the lore of the land, an Epic Mission Arc now spans empires in breadth, and the animosity of nations in depth. Further, since dedicated writers have been (months prior) added to CCP’s payroll, the NPC-granted missions have been proofed and edited from top to bottom. As a self-professed story whore, this is one of the most welcome changes I’ve seen in EVE. Before CCP had full-fledged writers on board, the mission texts were a frequently-garbled spattering of mission objectives and half-baked motivations. Still, rarely do the standard “kill ten rats” missions incite national pride and heroic chest thumping, but the Epic Mission Arc -- if in name only -- portends to up the ante for the ten or so of us players that pore hungrily over storylines.Character respecs are another one of those all-important features for MMO characters nowadays. You have two remaps in the bank right from the beginning, with one more being granted for each year of your subscription. Yes, each year. At that rate, you can’t reinvent yourself endlessly, but you can certainly answer any midlife crisis your character is going through. This helps find certain skills to buff and certain skills to nerf, depending on any specialty listed on your agenda.

On that note, a new player’s attributes are now fairly even with any other new player’s attributes across the games four racial choices. Pre-Apocrypha, several levels of cryptic character creation had the ability to stunt and/or favor specific races for specific careers. All too often this puzzling process was lost on new players and stigmatized the population of certain demographics. Now, all things being more equal, the initial character creation process is simplified -- and much more depends on diligent in-game skill planning then on lucky (or heavily calculated) pre-game min/maxing choices. 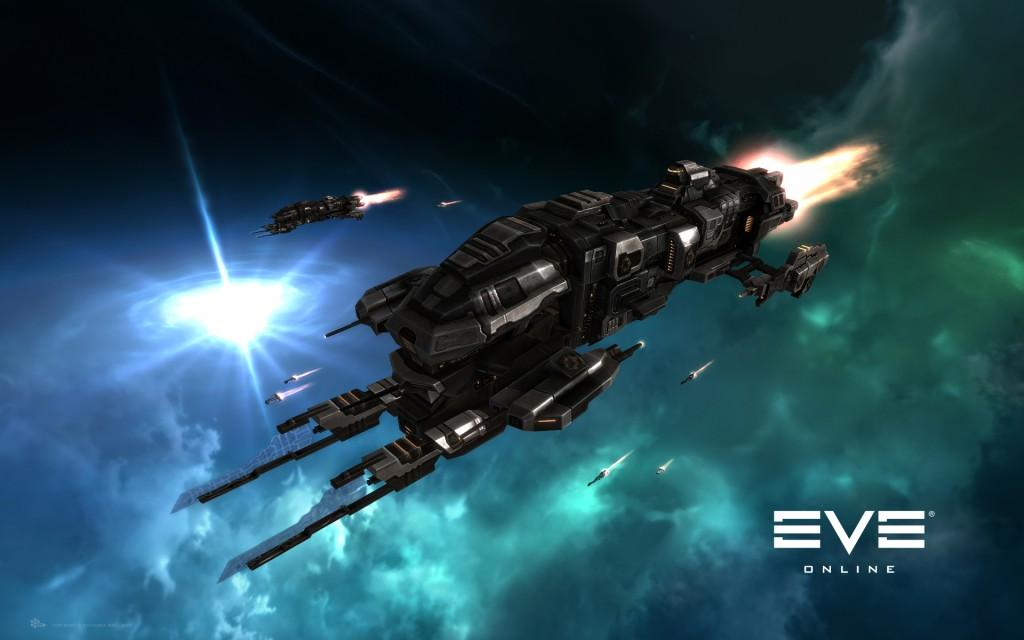 One of Apocrypha’s finest contributions appears in the form of the Training Queue -- but first a little context as to how EVE’s skill training works. Players do not advance by levels and there is no level cap, per se. They advance by skill training, and selected skills grow whether the player is online or off. For example, I can train the Spatial Awareness skill which grants a one-point bonus to my Perception attribute. This skill, like every skill, can be trained up to level five, thus potentially granting me five bonus points to my Perception. Training from level four to level five will take me 3 days, 9 hours, and 52 minutes. I click train, and my point in Perception will go up at the end of that time.

Now, before Apocrypha -- before the Training Queue was introduced -- I would have to login and be ready to “inject” my next skill to train at the end of those 3 days, 9 hours, and 52 minutes. If that training ended at 3 a.m. and I was snug in bed, then I would effectively lose any training time between 3 a.m. and when I could next feasibly login. And while it’s was not beyond me to set an alarm for 3 a.m. to inject my next skill, it was providing an unnecessary strain on my otherwise blissful marriage. But the Training Queue gives me a 24-hour leeway in setting up the next skill(s). On that third and last day of training, I can now tack my next skill seamlessly onto the end of the currently-training skill. No more alarms kicking me out of bed at 3 a.m., and not a single second is lost as one skill completes training, and the next one begins.

That may seem like entirely too much exposition on a singular trait of the EVE universe, but that’s because it’s major. It’s a feature that’s been debated on EVE forums and (doubtlessly) in CCP’s boardrooms for years. But, since its realization, it has immediately rendered itself so crucial as to be impossible to renege without CCP having a virtual riot on their hands.

Other tiny but appreciable tweaks have been made throughout the game. Ships and stations can now be viewed remotely in a window. Meaning that even when browsing the market, for example, you can scope out a fully-rendered 3D model of your dream ship; whereas before you had to rely on viewing woefully inadequate thumbnail images of the item in the marketplace, catching a glimpse of one somewhere out in the space lanes, or trawling the internet for images. 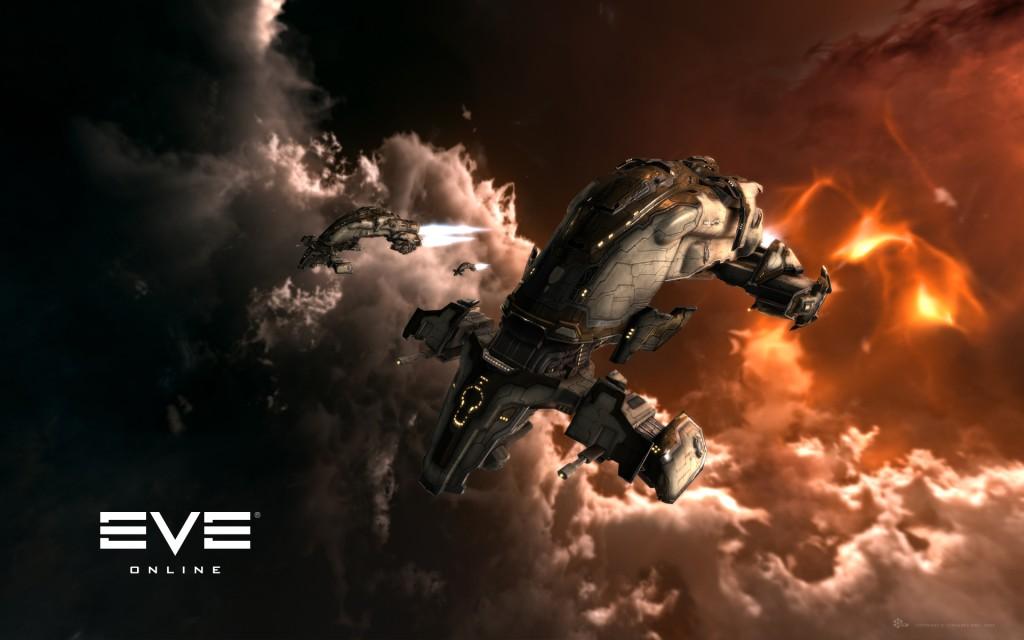 One of the few (but in itself frequent) complaints about Apocrypha stems from changes made to the games audible cues. Miners wail about not being able to hear their mining equipment operate. My speakers pop and then muffle when my ship gets pummeled all the way down to the hull structure. While frustrating these are somewhat par for the course for modern games and those fixes will come in time.

Issues of balance will also raise their head when new content is introduced in a multiplayer environment, but CCP isn’t going anywhere. They have a proven track record of applying mythically long, well thought out lists of fixes and tweaks. Apocrypha has just launched, but it will doubtless grow and mature in accordance with the open community/developer dialogue that’s proven invaluable to EVE’s development every step of the way.

Further sweetening the deal, the upgraded graphical client that was previously only available to DX10 users is now available for DX9-running machines. A game that was indelibly picturesque to begin with is now even more scenic on even low-end systems without the need to plunk down dollars for new video cards

And as another portion slid into the EVE layer cake, the Russians are coming. Full localization ensures that the Great Bear will now be prowling a universe localized for English-, German-, and Japanese-speaking individuals (although in-game chat channels exist for more than 30 other languages, to include everything from Afrikaans to Vietnamese. The EVE universe has just got that much bigger and will be better for it.
What is old is new again as thousands of veteran EVE players jettison themselves from known space and experience the thrill of exploration and new discovery through wormholes. On the other side of the coin, new players have never been more welcomed to the most satisfyingly complex MMO in existence. Apocrypha, as an expansion, brings so many improvements to the table that it would be, going forward, impossible to imagine the game without them.