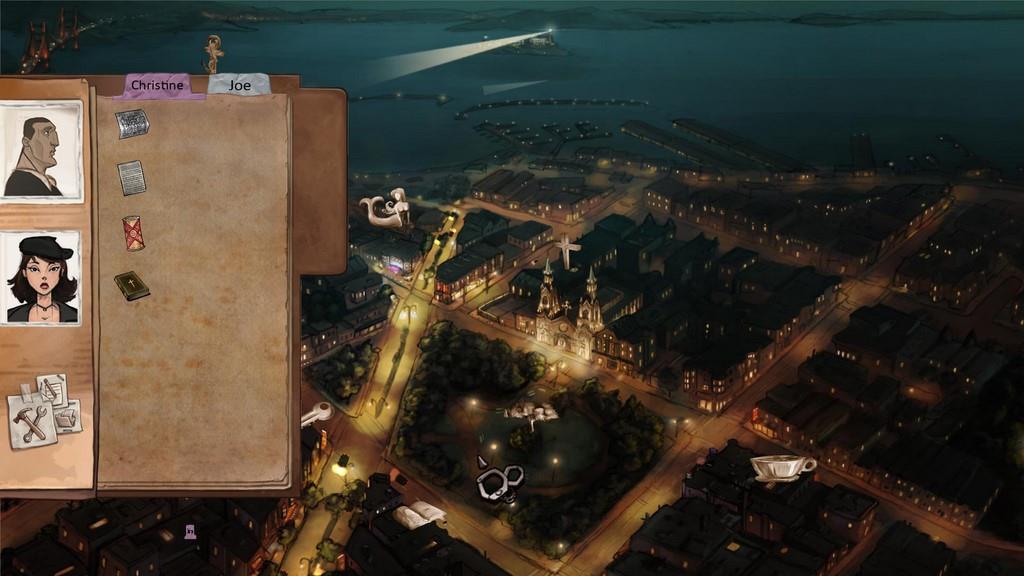 I have been to Alcatraz, fortunately as a tourist. This was back in the days before the island was “discovered” as a major tourist attraction often requiring having reservations made days in advance. Back then the tour was operated by National Park Rangers, and it was easy to just show up and get on a boat.  Obviously, that was thirty-plus years ago, but I clearly remember being happy that I was only going to be there for a few hours. As an aside, I also remember when the tour group was led into one of the solitary cells and the door was closed, the point being to demonstrate the utter darkness of the cell. The demonstration fell apart when (and this still makes me question the sanity of your typical tourist) people started taking flash photos. SMH.

I am sure I’m not alone when I say that I tend to show measurably more interest in games that are set in places that I have physically been to. This was certainly the case when I found out that Daedalic Entertainment was preparing a new point & click game based on a prisoner attempting an escape from the maximum security prison that sits atop the island. Oh, and the game would be set in 1954, an interesting era in San Francisco’s storied past. Hence the game’s name, Alcatraz 1954.

The 1950’s saw the emergence of the Beat Generation which was, in the ubiquitously dry language of Wikipedia, “a group of American post-World War II writers who came to prominence in the 1950s, as well as the cultural phenomena that they both documented and inspired. Central elements of "Beat" culture included rejection of received standards, innovations in style, experimentation with drugs, alternative sexualities, an interest in Eastern religion, a rejection of materialism, and explicit portrayals of the human condition.”

Yeah, whatevs. What that means to us as players of the game is a catchy jazzy soundtrack, a type of sexual liberalism that was considered somewhat beyond borderline mores of the time (but looks tame in comparison to contemporaneous behaviors), and plenty of “I can dig it, daddy-o” lingo. When you consider that in those days performing an elicit gay marriage was enough to get a priest defrocked, you can see the degree to which our culture has changed. The zeitgeist of the era is well captured and pervades throughout the entire game, and is done so in a matter-of-fact sort of way; there is no moralism or judgmentalism to be seen.

As with most (if not all) Daedalic games, the artwork is terrific. The backdrops are drawn in a style reminiscent of (but not identical to) Edward Hopper’s famous painting Nighthawks. The 3D characters superimposed on those backdrops, on the other hand, are drawn more like caricatures. It makes for a striking dichotomy at first, but after awhile it just starts to look…. right.  That said, the movements/animations of those characters does a fairly good job of breaking the mood. The engineer in me says that there was only so much they could do when animating 3D sprites on top of a 2D background, but the aesthetics just don’t work when a character that is supposed to be wielding a tool or weapon has empty hands. 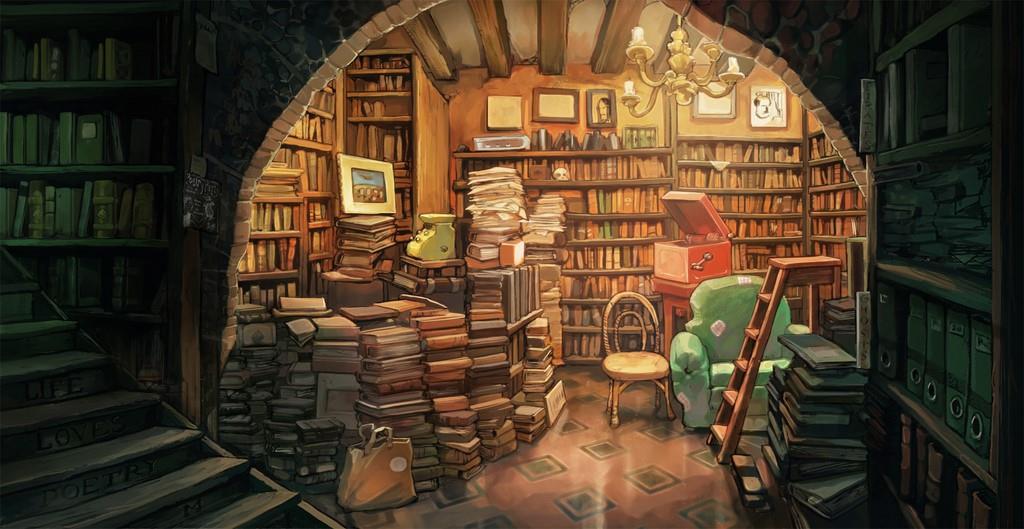 Another aspect of Alcatraz 1954 that I thought I would enjoy was the fact that it was grounded in reality. I struggle with games of this type that are far too often set in fantasy environments where the puzzles require a freedom of thought that I simply cannot attain. I typically get stuck on the simplest of “combine the frog tongue with the unicorn milk and place that in the pewter urn to make a potion that will make the restraint ropes melt” types of puzzles. My hope with Alcatraz was that the puzzle solving would be far more logical. And for the most part, it was. There were a couple of critical combinations and actions that took awhile to figure out, but even in those cases the answer made sense once I figured it out.

The downside of such logical puzzles, as it turned out, was that there were times that I knew exactly what I needed to do, but could not get the game to respond in the way that I thought it needed to. The worst was one that actually forced me to resort to an internet search for a walkthrough to help me figure out where my thinking had led me astray, only to find that I had been right all along but that I was using the wrong mouse button to look at objects in the room. There was another that had me backtracking through my actions to try to find an object I hadn’t picked up or a conversational tidbit that I had missed. 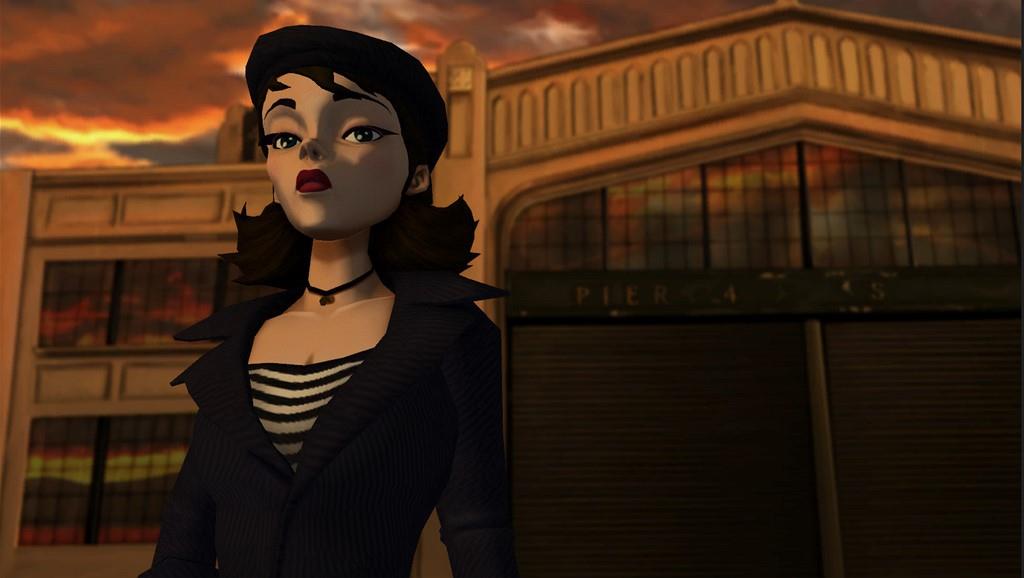 That second problem came about at least partially because the story is played out by jumping between the two main characters. You start the game in the role of Joe. Joe is living in a cell on Alcatraz as a result of having escaped from Leavenworth, where he was jailed as a result of a failed robbery.  Joe doesn’t like Alcatraz (who does??) and wants to escape again. To do so, he will need the help of his wife, Christine. As the two stories play out more or less in parallel, you can jump from one to the other at will. Both stories will allow for doing things in a non-linear manner, although obviously some degree of linearity will be required as you have to have found and collected certain objects before some parts of the story can advance. While this freedom of movement and choice is liberating in a point & click, it can cause a little oddness now and then, and it definitely makes backtracking quite a chore. All in all, though, the game handles this aspect very well.

The compelling story and intriguing puzzles are well supported by excellent voice acting. The characters really come alive as the actors selected for each voice are well matched for the type of character. Bad guys sound like bad guys, good guys sound like good guys, and transvestites sound like, well, sorta what I guess a prison tranny would sound like should I ever happen to meet one. Which brings up the subject of the adult orientation of the game. There are sexual references aplenty, and there is graphic violence. Nothing to the degree of, say, Grand Theft Auto, but something to be aware of nonetheless.

For all of the various branches and options you can select as you play through the game, there are ultimately only two main outcomes at the end. This is not to say that your morality decisions have no effect at all; you will be faced with life or death decisions, but those involve secondary characters. It is this level of freedom, paired with a game designed to ensure that no matter what you do you will be able to finish the story, that makes Alcatraz 1954 somewhat unique in the point & click genre. In fact, it is the only one that I have played that serves up the temptation to run through it a second time, if only to be smarter about proactively saving my progress rather than trusting the game to do it. Which is, by the way, the single pro tip I will offer: save early and often, unless you’re the type that enjoys re-playing large portions of a game.  That aside, it’s a well-paced game with an interesting story to tell, the artwork and acting are well above average, and the puzzles benefit from being logical in the real world.  That’s just about all you can ask for from a point & click, isn’t it?

An innovative approach the adds a degree of non-linearity to the game play combined with a compelling story line and great visuals make Daedalic's Alcatraz 1954 a game that is hard to walk away from.