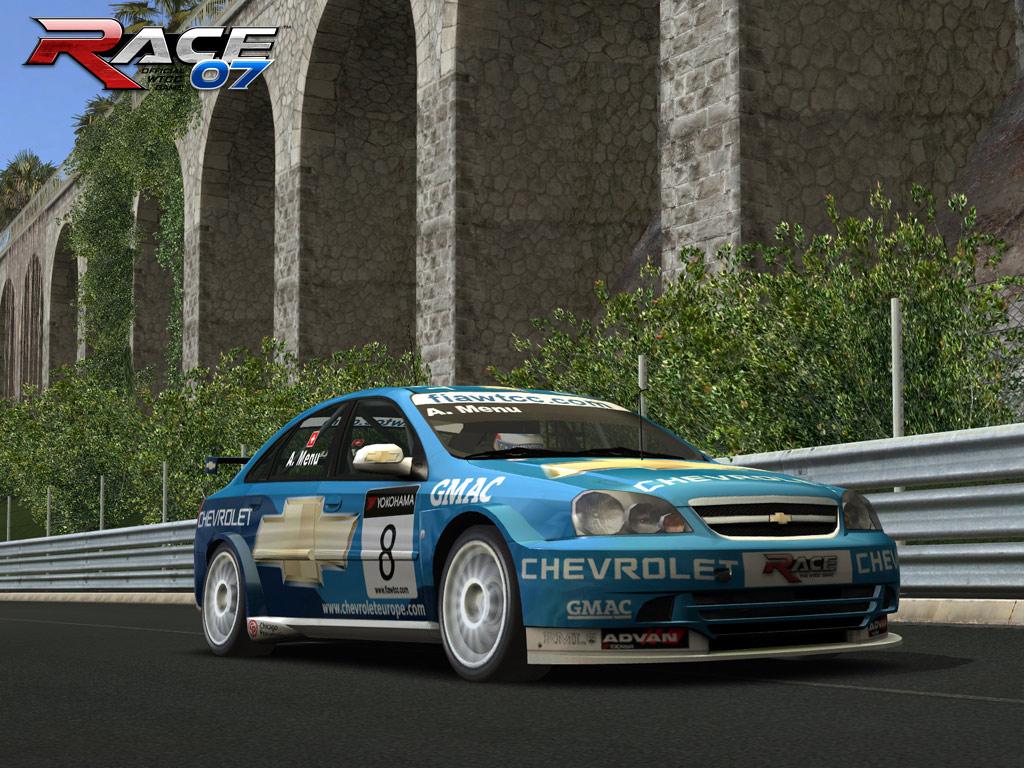 Having nearly reached the top of the traditional product maturation S-curve, PC-based racing sims have had to differentiate themselves in areas other than the fidelity of the driving physics, the quality of the sounds and graphics associated with cars and tracks, and the abilities of the AI opponents. Basically, the new releases coming from top shelf developers like SimBin will concentrate more on things like which cars and tracks are modeled than they will on advances in the engine that drives the experience.

SimBin's Race 07 is a perfect example of this. As far as the driveability of the cars and the intelligence displayed by the computer controlled opponents goes, there will at best be minor incremental enhancements over previous releases. Even when it comes to the eye candy, the improvements can't really be called innovative; rather, they are refinements to ideas that already existed.
For example, drivers of open-wheel cars will now have a more realistic view of the action in that the view is constricted by the confines of the driver's helmet visor. As the race progresses, the visor will become dirty, and may even begin to get covered with the pureed carcasses of any unfortunate insects that may have dallied just a second too long on getting out of the way of an approaching car. Don't get me wrong: this is a very cool idea, and I actually laughed out loud ("LOL" to you youngsters) the first time a bug got splattered on the visor, and again when I pressed the key that simulates the driver's hand coming up to pull a tear-off from the visor. Various other new camera angles and first-person view refinements add polish to Race 07.
I've long held that two of the coolest racing titles that could ever be developed would be 1) a complete history of the Indy 500, and 2) a complete SCCA racing weekend. In the latter, I visualized the ability to race multiple classes of open wheel, sedan, and GT-type cars on some of the lesser known tracks in the US. Race 07 is actually an instantiation of my SCCA simulation, albeit using European cars and tracks. For the open wheel crowd, Rave 07 will provide the slightly-above-entry-level Formula BMW series and the not-quite-Formula-One Formula 3000 series. Sunday drivers will enjoy the 2006 and 2007 World Touring Car series, and those more interested in grass roots racing will be drawn to the Caterham and Radical SR3/SR4 classes. As with SCCA racing, there is a class for every combination of desire, driving ability, and budget.
As this is a preview and is not based on the Gold build of Race 07, I can't say much about the performance of the AI or the PC horsepower required to drive the intense graphics. What I can do, though, is share some video of one of my test drives:

From what I've seen so far, Race 07 looks like a solid performer that will fill the niche between the fire-breathing Formula 1 cars and the crowded oval tracks racing of Nascar.