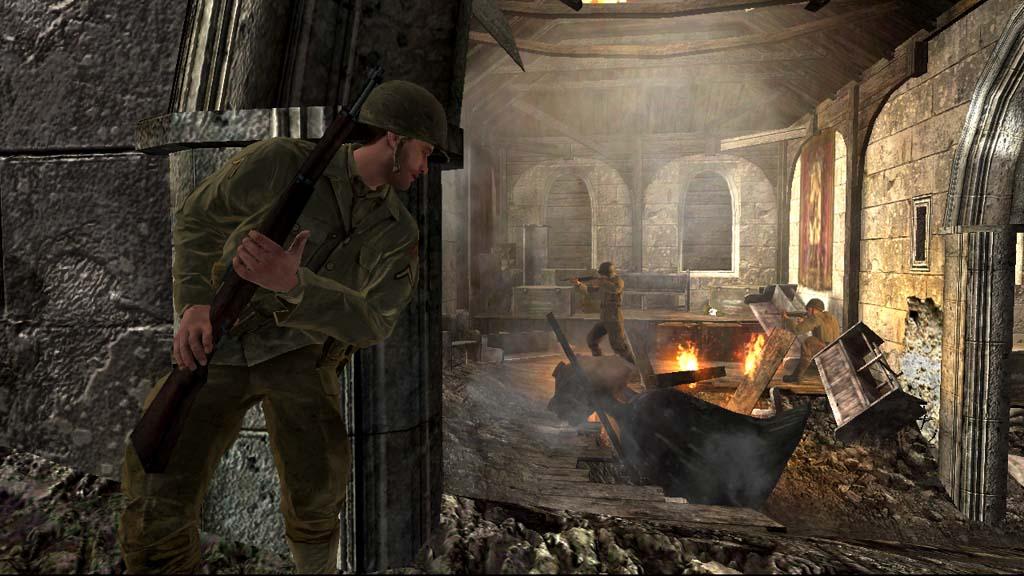 Written by Charles Husemann on 7/11/2006 for PS3   360   Wii
More On: Call of Duty 3
John and I are huge fans of the Call of Duty series so we're both looking forward to playing the next version of the game.  Of course John is a bit disappointed that he won't be able to play it on the PC but I'm sure he'll get over it after killing his fifth or sixth Nazi.

The follow is the formal product description from Activision about the game.  The first three screenshots are from the PS3 version of the game, the second three are from the Xbox 360 version, and the last two should be self explanatory.

Update: GamersHell has posted some of the new trailers for the game.

The follow-up to the #1 next-generation game, Call of Duty 3 delivers the intensity of being closer than ever to the fury of combat during the Normandy Breakout, the historic campaign that made the liberation of possible and brought the Allies a step closer to .  Through a seamless narrative that delivers the rush of unrelenting battle and breathtaking action, players assume the roles of four ordinary Allied soldiers—American, British, Canadian and Polish—and are thrust onto an authentic, living battlefield for an unprecedented variety of combat, with advanced high-definition graphics, detailed character animations and explosive on-screen action, delivering the most immersive and cinematically intense war experience ever.

·        The Power of Next-Gen – Built from the ground-up for next-gen consoles, Call of Duty 3 brings the battle to life with advanced graphics, a new physics engine, a procedural environment and detailed ensemble animations that deliver the most cinematic war experience ever.

·        Nowhere to Hide – Environmental physics allow players to destroy enemy soft cover hideouts, forcing foes out in the open.  But be wary, opponents can eliminate your protective cover as well.

·        Team-based Multiplayer with Vehicles – Combined arms and team-based combat provides unprecedented depth and variety by allowing up to 24-players to battle it out online with the option of single or split-screen Internet play.  Gamers have the choice to play as infantry or commandeer multiple-occupancy vehicles, including tanks, jeeps, and motorcycles with side-cars, leading to unique mobile combat roles for all-out, multiplayer mayhem.  Call of Duty 3 also offers soldier classes, each with class specific abilities, and a ranking system for truly diversified squad combat.