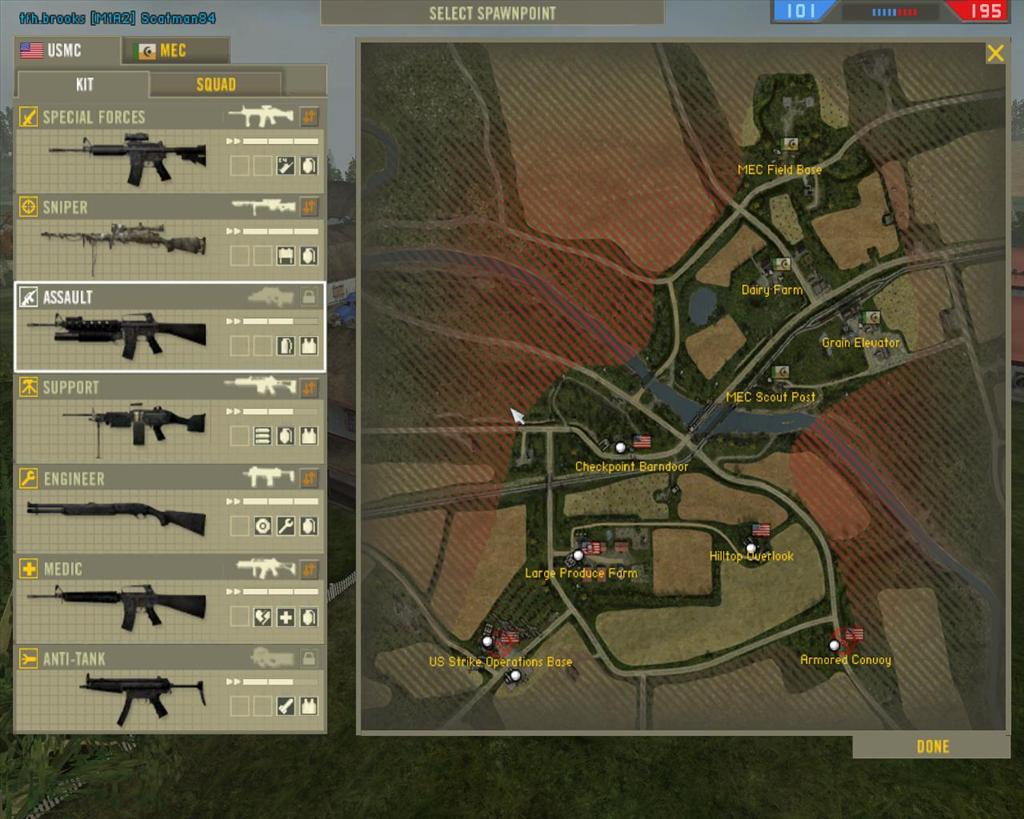 Written by Charles Husemann on 7/7/2006 for PC
More On: Battlefield 2: Armored Fury

If youre a regular to the site you know that I share a particular fondness for Battlefield 2.  Ive lost track of the number of times that Ive invaded Karland, defended the TV station in the and been killed trying to secure the middle command point of Kubra Dam.  For a while it bordered on addiction but then I managed to break the habit with the help of Oblivion, GRAW, and Rise of Legends.  So it was with some trepidation that I installed and tried out the Armored Fury booster pack for Battlefield 2.  Would the old flame re-ignite?  Would I once again loose two to three hour segments of my life defending virtual locations against hostile forces?  How many times would I be lying down in front of a flag waiting for it to turn neutral so that I no longer had to worry about someone spawning behind me?

The short answer is yes, the new booster packs actually managed to re-ignite my passion about Battlefield 2 and Ive certainly been playing the game more than I should since the pack came out last month.  The theme of the booster pack is that the MEC and the Chinese have decided to take the battle to the Americans and have invaded the .  The MEC have invaded through the southwest and the Chinese are invading through .  While there are nearly infinite Red Dawn jokes to make the packs do bring something new to the table just by changing the venue of the battles.

As the name implies the new maps are focused heavily on large scale tank warfare which take place across the three new maps in the game (engineers and anti-tank people are going to become very popular). The maps are Road Rage, Midnight Sun, and Operation Harvest.  Of the three maps only Operation Harvest will allow one side to win by capturing all the points on the map.

The three maps are all fairly well done and all of them have a slightly different theme. Road Rage is probably the most iconic of the three with the two symmetrical based on either side of a large highway clover leaf.  I was expecting most of the best action to take place over this key part of the map but the times I played the action was really focused on the MEC’s refueling station to the south of the bridge and the USMC’s first base to the North of the highway.  The highway segment itself has six vehicle accessible entry points (four on ramps plus the main pass over the highway) in addition to the two ladders infantry troops can use to get to the map.  The bridge segment does seem to be quite the target for bombing runs and strafing runs but is somewhat easily defended with a few well places mines.  I will admit that going up an on ramp in a tank does help satisfy more than a few suppressed road rage incidents.

Operation Harvest takes place in a somewhat scenic Midwestern area. The map is split into two different areas and is the only map of the three where each team doesn’t have an un-capturable base (the USMC can win by capturing all the points on the map).  The two sides of the map are divided by a river which can be crossed at a few shallow points or at one of two bridges.  What I liked about this map is that you have some wide open fields which allow for some nice open tank battles but also these fields are surrounded by tree lines which allow infantry to take shots at incoming armor or allow for armor to hide in and get a few cheap shots in.  This map also set during an incoming thunderstorm and you will occasionally see a flash of lighting or hear the boom of thunder in the back ground which is a nice touch.

The last level is Midnight Sun which is a map set in and has the fighting for control of an oil pipe area against the Chinese.  Again you have a fairly symmetrical map separated vertically by a river with a couple of crossing points.  The map is set at dusk so visibility is sometimes a bit murky.  Midnight Sun is also the least armored focused of the three as there really aren’t as many wide open areas for armor to duke it out in.

In addition the three new maps the booster pack adds two new types of vehicles, a ground attack fighter and a scout helicopter.   The ground attack fighter (for the it’s an A-10 Warthog, one of my all time favorite aircraft) is useful for taking out tanks and basically acting as a fast moving artillery strike.  It comes with four powerful bombs as well as a a powerful gun.  The scout choppers bring a little more strategy to the game as they provide mobile radar for your team.  This is helpful as it allows for an extra way to find attackers and can help make up for a crappy commander.  The choppers also have a vicious mini gun which can rend flesh and armor in seconds.  Two new forms of aircraft are a nice addition if you’re a good flier but if you are strictly a ground pounder like I am they just add another level of difficulty to the game.  I understand that the two new aircraft are a way to balance out the addition of so many tanks to the game but it further frustrates me as there is really no good balance to the aircraft.  Sure you have a few SAM sites sitting around the map but good pilots know where they are and will take you out before you get a chance to take them out.   To me the game desperately needs a stinger missile class or some other way to effectively take down planes and helicopters.

With all things Battlefield you have to take the good with the bad.  The good is usually the excellent game play and team work and the bad is usually the number of bugs that are in the software.  In this case you have to take the three new decent maps with the 1.3 patch that came out to support it.  The 1.3 patch introduces some cool new features (like the ability for commanders to drop vehicles in an area) but it also introduced a ton of bugs.  Since I’ve upgraded to the patch I’ve had more crash to desktops than I’ve had with any other game and the frustrating thing is that the game doesn’t crash until it finished loading a map.  Given that it takes three to five minutes to get into the game, find a server, and load a map we are talking about a lot of wasted time with nothing to show for it.

The real measure of any expansion or booster pack for a game like Battlefield 2 is how many other people download and play it because you really can’t play a game like this without a lot of other people.  While it doesn’t seem like there are a lot of servers out there with the maps on them I was usually able to find one to three servers that were running the booster pack.  Certainly not as many as who were running the original maps but there were only a few occasions when I couldn’t find a server to play on.

While it’s not perfect the booster pack has re-kindled my Battlefield 2 passion again.  While I’m not the biggest fan of Midnight Sun both Operation Harvest  and Road Rage manage to have that certain Battlefield feel where you can have intense battles for one flag that are part of a much larger conflict for the rest of the map. $10 does seem just a little high for the expansion pack (especially if you’re a ground pounder like me) but it’s not too steep of a price compared to what people are shelling out for new Ghost Recon Advance Warfighter content.

While there isn't a Karkland or Wake Island classic map in the mix, two of the three maps are actually pretty solid and feature some strong game play if you can get the game to run,