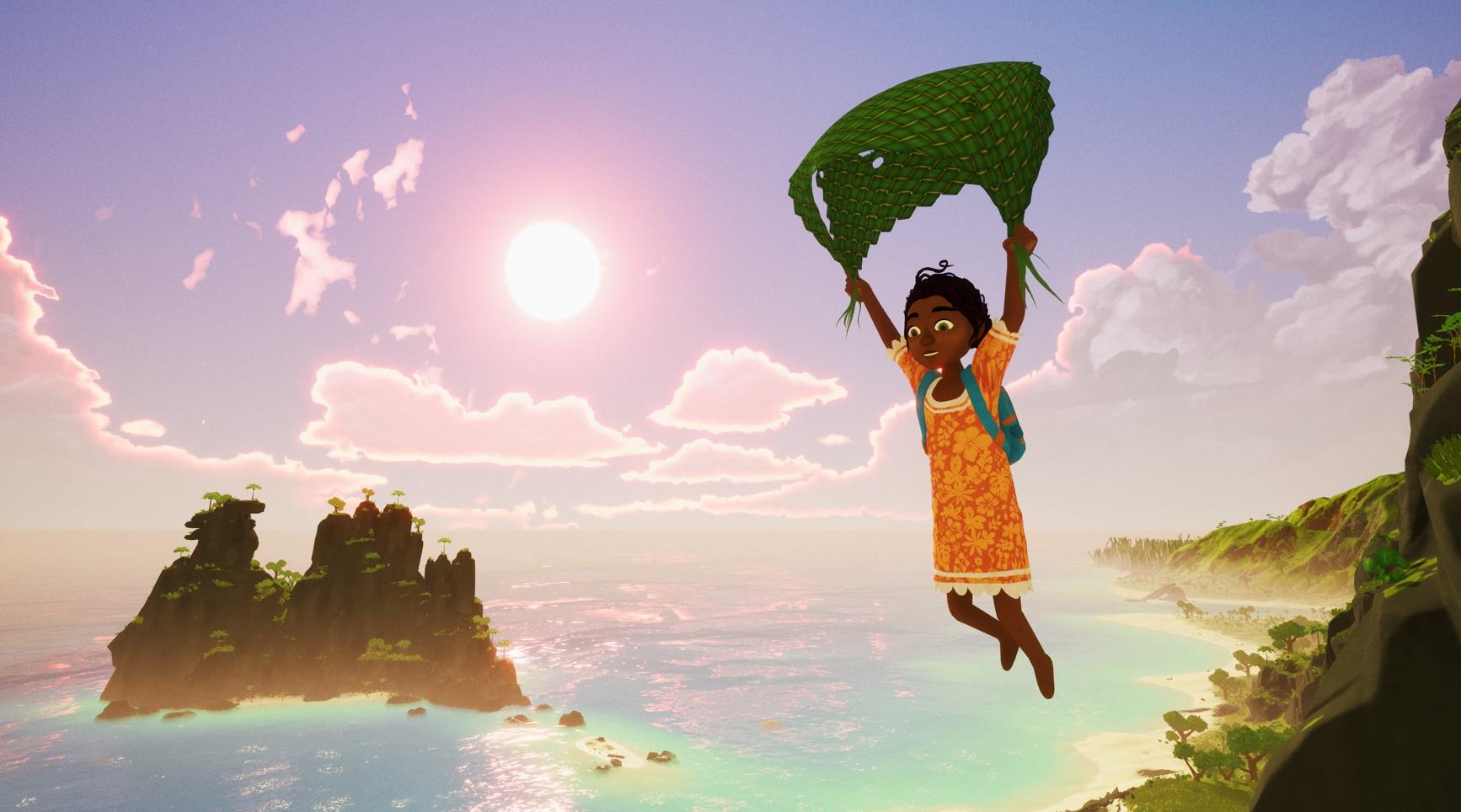 It can be surprising sometimes how a new game can make use of classic game mechanics, and the result still feels totally fresh and new. Playing Tchia, it didn't strike me until I was pondering my experience after my play session how much DNA the game shares with The Legend of Zelda: Breath of the Wild. Oh sure, I recognized the ability to use a glider to get down from high places as feeling pretty similar to the way Link makes his way to the ground. And I also noticed the way you use stamina to climb mountains. But the sheer originality and beauty of the presentation of Tchia blinded me to some other ways that the two games are similar. I was hypnotized by the colors, sounds, and sights of Tchia - as while it does share some mechanics with Zelda, it is anything but a clone.

I played approximately two hours of Tchia in a build provided to journalists (handily edited down into the below thirty-minute video for your viewing pleasure), and never once did I realize that - like Zelda - Tchia doesn't handhold the player in terms of where to go and what to do. It just straps a backpack on your character, says "Go get 'em, kid!", and sends you stomping off onto the island of New Caledonia, letting you use landmarks and a basic map to figure out where you are. And once I stopped mumbling around about the lack of a minimap, it worked like a charm. 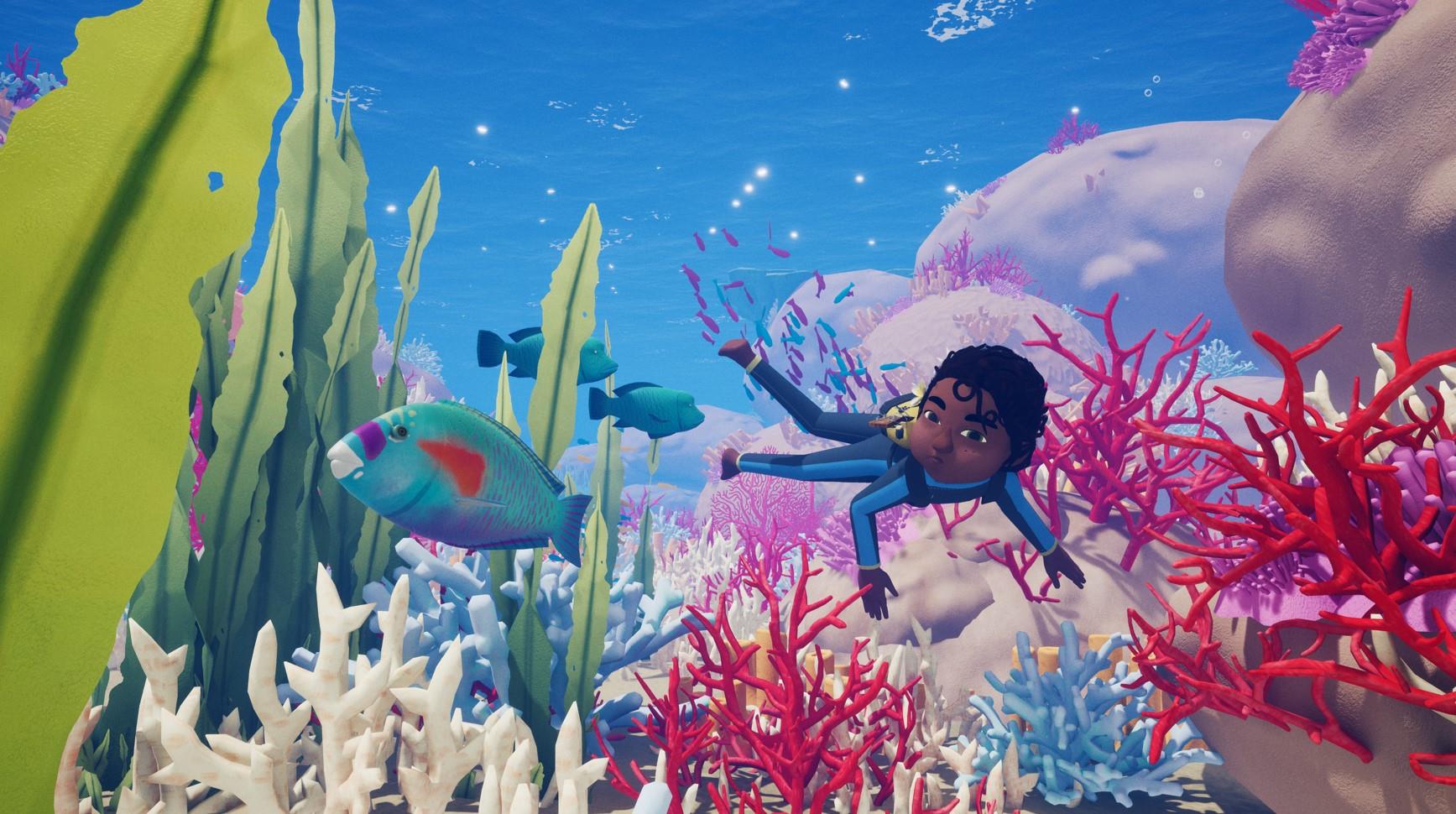 Developer Awaceb does a remarkable job of making it's fictionalized version of New Caledonia feel like a living, breathing place, and once you get your bearings, the lack of direction feels like a call to adventure rather than a drawback. The world is chock full of people and animals, though things are still spaced out enough to make exploration and discovery a very rewarding pastime. Steeped in the culture of the real-world New Caledonia, Tchia feels like something fresh and new in the gaming space, regardless of where you might have seen some of its mechanics in the past.

I spent most of my time with the game on a fantastic treasure hunt, though I did take time out to explore the game's combat and its amazing "soul-jumping" system. The ability to take over any animal (and most inanimate objects) in the game is a fantastic boon. Hop into a deer if you want to beat feet across a forest, jump into a bird if you need to soar up high and get your bearings. Travel to the bottom of a deep pool as a fish, then switch back to Tchia to open the treasure chest you found down there. The mechanic is smooth as butter and ludicrously fun to mess around with. 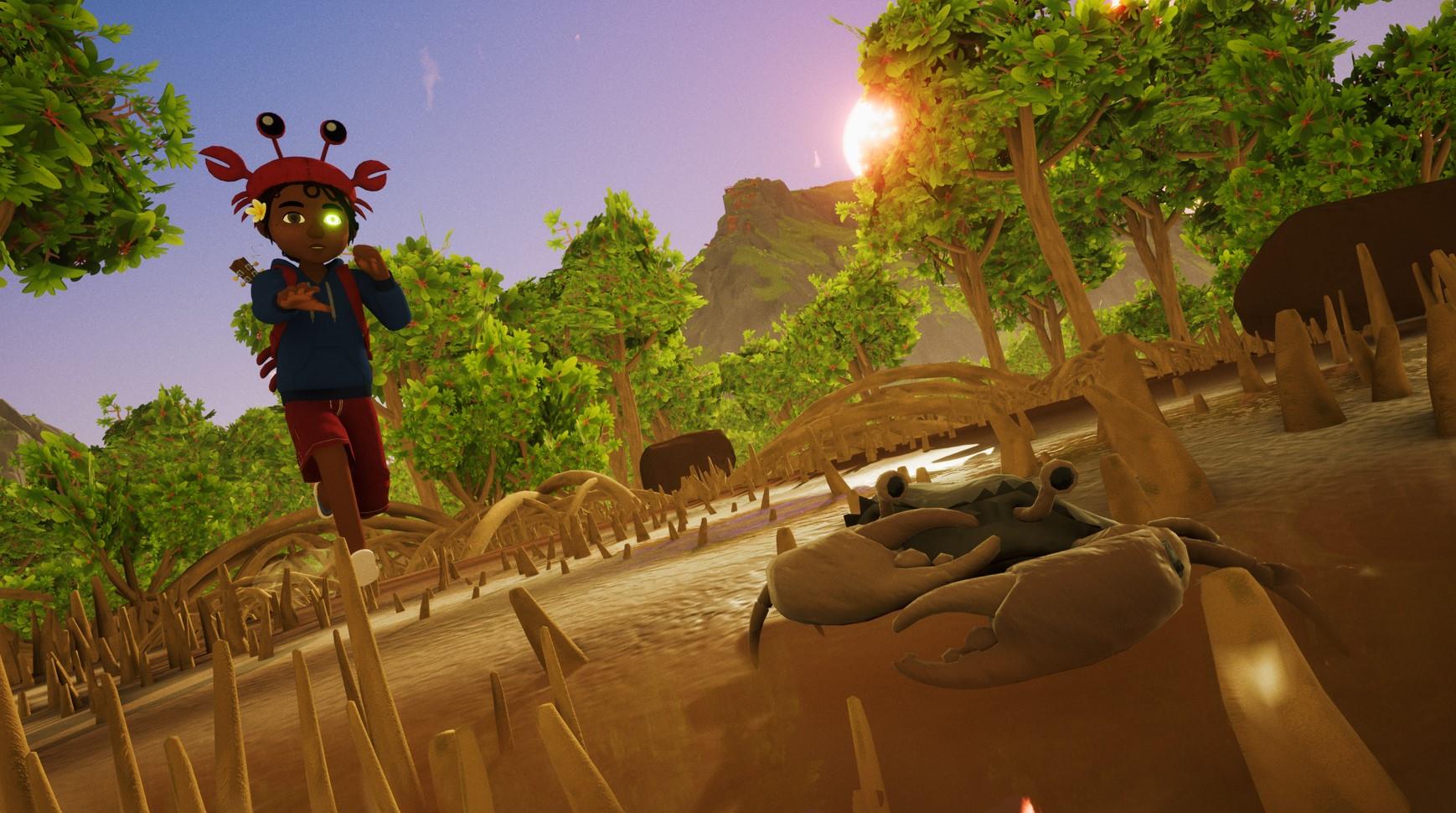 Though I was playing a pre-release version of Tchia, the game ran perfectly, feeling more like a release build than a preview. The visuals were bright and crisp, and the animations for Tchia (the character) were amazingly detailed. The game continually surprised me with the different ways players could interact with the world. I was at least halfway through my play time when I realized that I could land on trees when floating down from time spent as a bird. And the ability to possess a boulder and roll it into the river made me laugh.

Sometimes when I preview games, I run around for as long as I can, pushing the limits of what I can do, digging into every nook and cranny of the preview build. But in the case of Tchia, I quickly realized that I was going to be playing the full game when it releases, so I played enough to explore the game's mechanics and follow discover the outer boundaries of the build I was playing, and then I stopped. I want to discover the rest of Tchia's world when I have the whole game in front of me; I frankly didn't want to spoil it any further for myself.

I think that players are going to flip for Tchia. It is a ton of fun, and the game's take on New Caledonia and its culture is beyond charming. This is one of those games that is appropriate to share with your family, but you'll probably want to hoard it for yourself. Check out the below video for some highlights of my time with the game.

Tchia does not yet have a release date beyond "early 2023", but keep an eye on Gaming Nexus, and we'll be sure to pass along that info when we get it. Tchia is scheduled to release on PlayStation 4, PlayStation 5, and Epic Games Store.