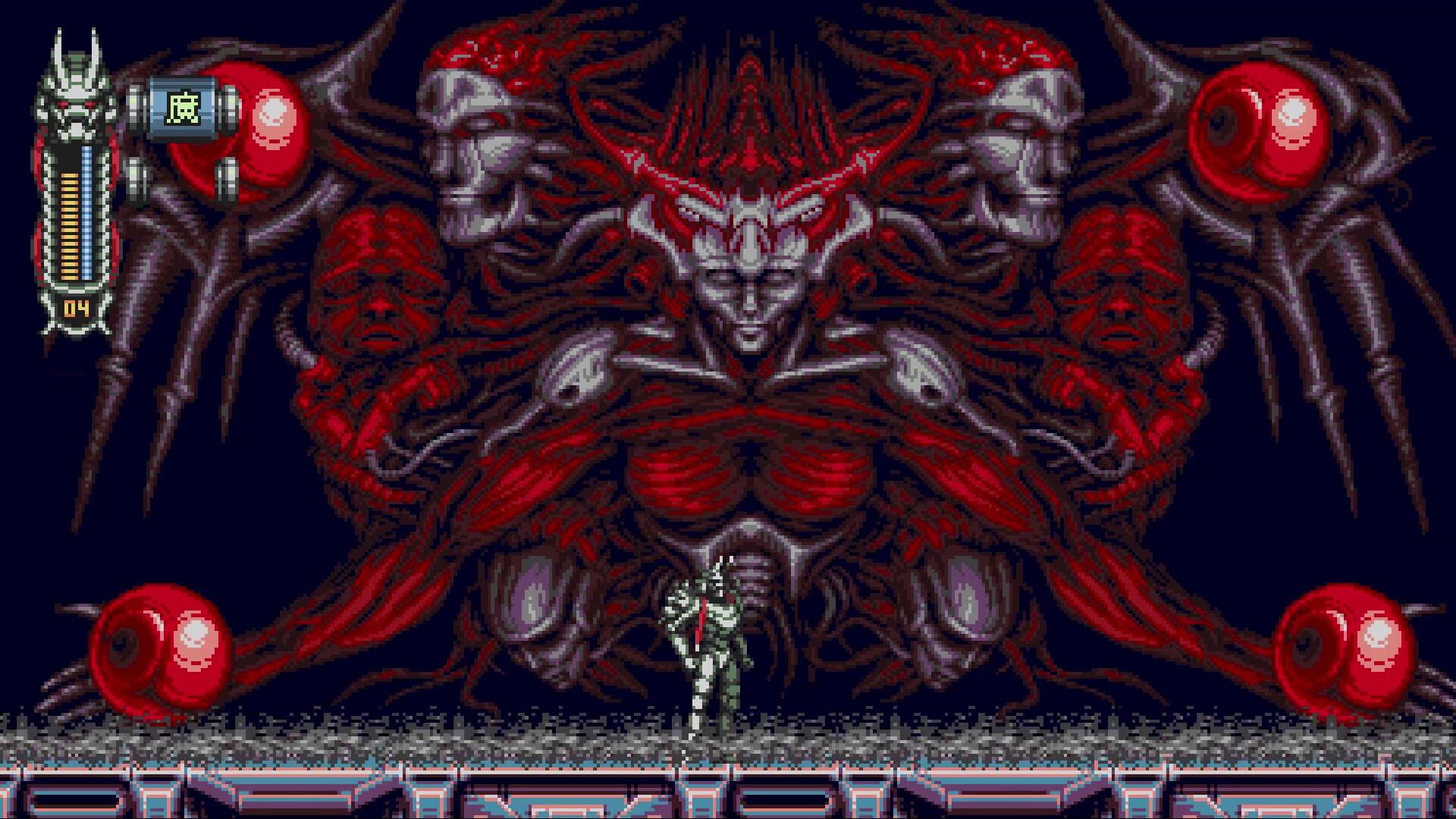 Vengeful Guardian: Moonrider is a side-scrolling action platformer that channels the golden age of classic 16-bit action games in a full-throttle quest for revenge.

In the oppressed world of Vengeful Guardian: Moonrider, humanity finds an unlikely hero. After building an army of super soldiers as weapons of war, the authoritarians unwittingly seal their own fates by bringing online the ninja warrior known as Moonrider. Conceived as a tool to preserve the totalitarian state, the Moonrider instead rejects its intended purpose and wages a relentless battle for vengeance against its creators and fellow super soldiers.

The design of Vengeful Guardian: Moonrider puts the best classic action-game elements in the laser-precise sights of its starring ninja, ensuring snappy, responsive combat that’s supremely challenging. Powerful modifier chips are hidden and guarded throughout the adventure, allowing you to customize the Moonrider’s fighting style while gaining killer advantages and abilities.

The gorgeously desolated world of Vengeful Guardian: Moonrider flawlessly channels the halcyon days of the 16-bit era through intricate pixel art, inspiring a striking gauntlet across eight deadly stages. From start to finish, you’ll enjoy seamless platforming action for a tight, focused experience that never lets its blade get dull. Complementing these beautiful pixel graphics is an incredible soundtrack with a timeless, nostalgic vibe. The result is the quintessential retro experience. 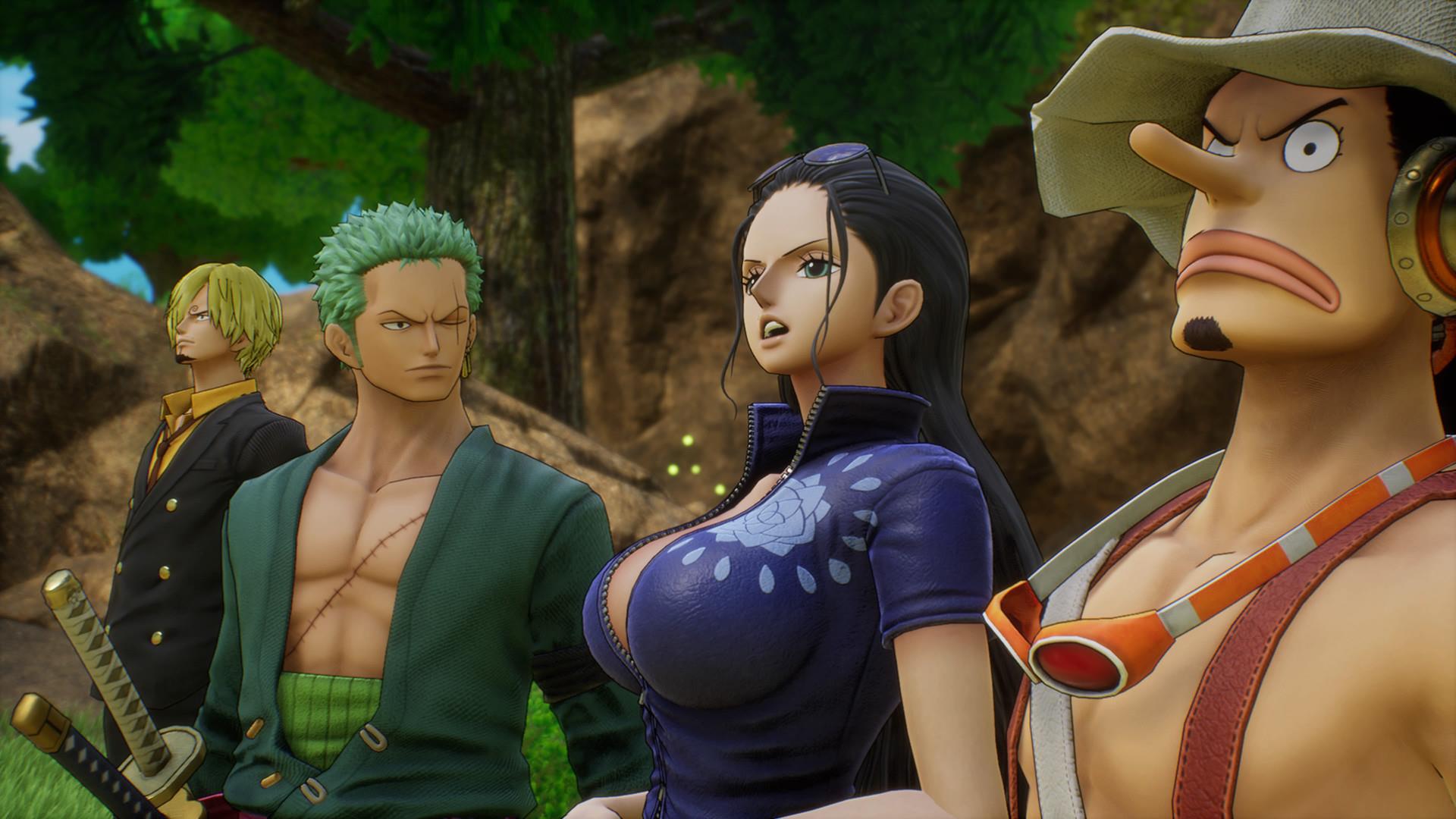 A new RPG from the hugely popular manga and anime series ONE PIECE, commemorating the 25th anniversary of the series!

The famed pirate, Monkey.D.Luffy, better known as Straw Hat Luffy, and his Straw Hat Crew, are sailing across the New World in search of the next island and the next adventure that awaits them. But during their voyage they are caught in a storm and shipwrecked. They find themselves washed up on a lush tropical island surrounded by constantly raging storms...

Separated from his crew, Luffy sets off on a grand, new adventure to find his friends and escape the island! Dangerous new enemies, terrifying forces of nature, and more await them!

Play as various members of the Straw Hat Crew in a classic RPG set in the world of the popular ONE PIECE anime!

One Piece Odyssey is coming to PC via Steam, Xbox Series S|X, PlayStation 4, and PlayStation 5 on January 13, 2023. 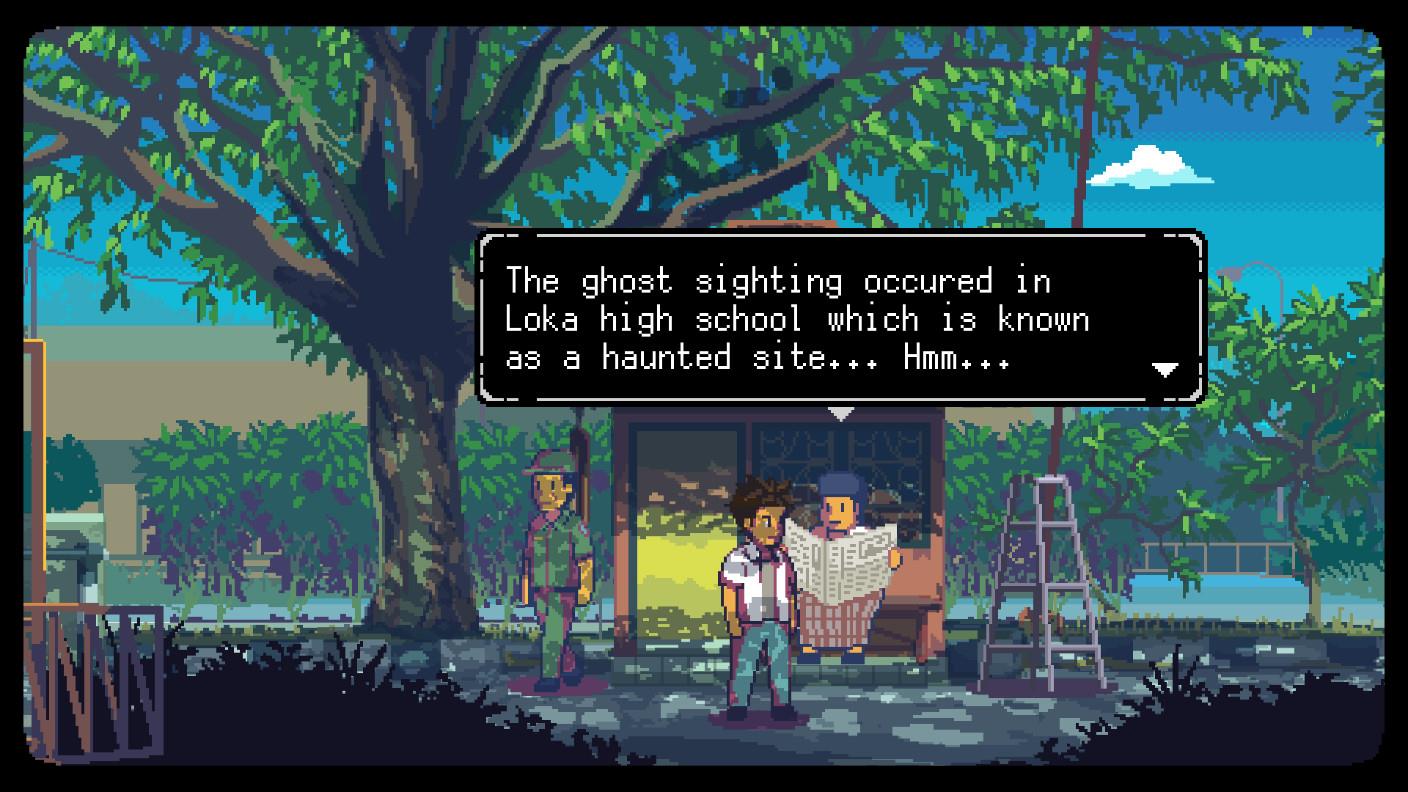 A Space for the Unbound is a slice-of-life adventure game with beautiful pixel art set in the late 90s rural Indonesia that tells a story about overcoming anxiety, depression, and the relationship between a boy and a girl with supernatural powers.

Follow two high school sweethearts, Atma and Raya, on a journey of self-discovery at the end of their high school years. When a mysteriously supernatural power is suddenly unleashed threatening their existence, they must explore and investigate their town to uncover hidden secrets, face the end of the world, and perhaps learn more about each other.

Set in a small town inspired by 90s era rural Indonesia, A Space for the Unbound presents an endearing story-driven experience with a vibrant environment waiting to be explored.

A Space for the Unbound is coming to PC via Steam, Nintendo Switch, Xbox One, Xbox Series S|X, PlayStation 4 and PlayStation 5 on January 19, 2023. 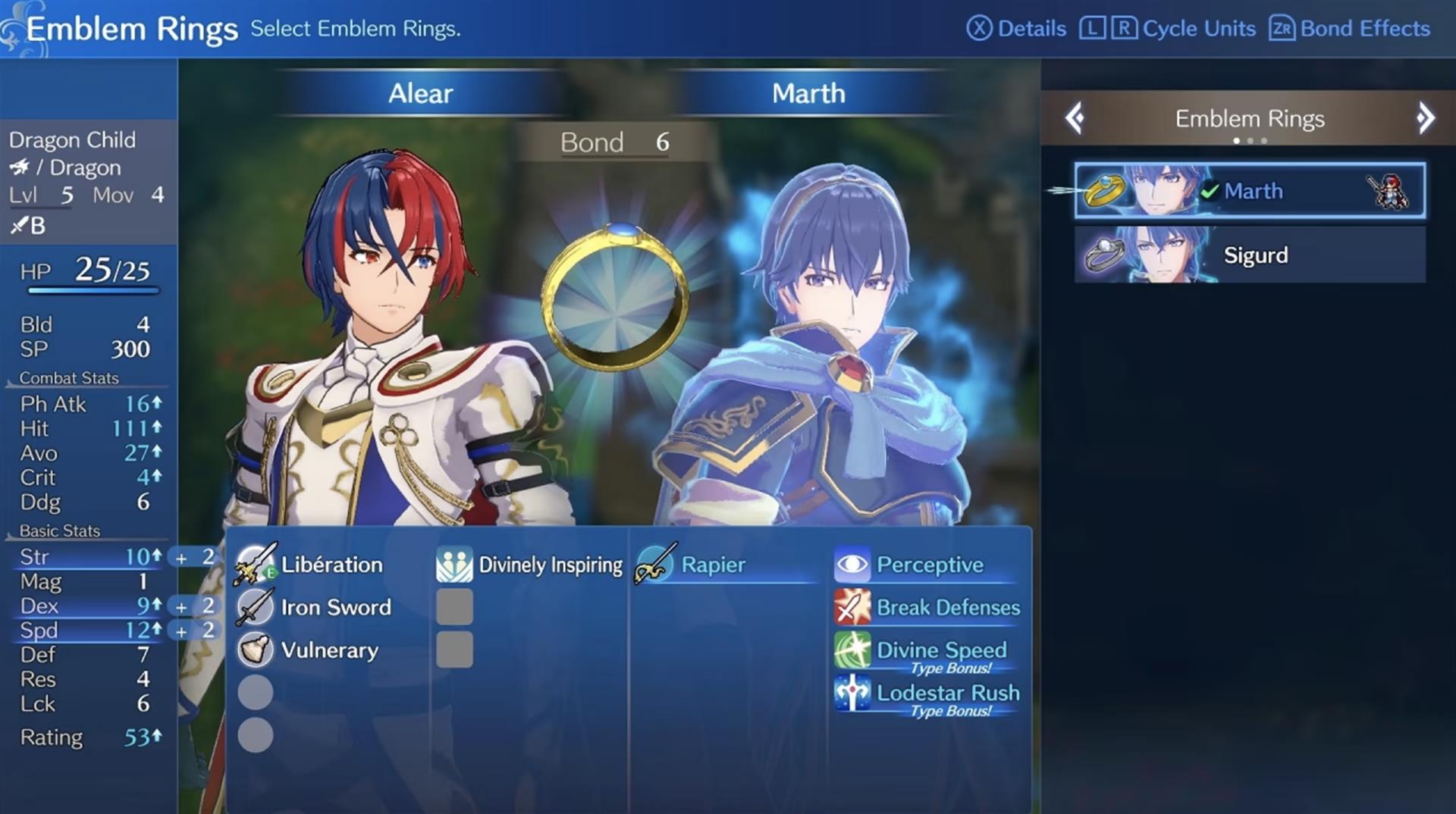 In a war against the Fell Dragon, four kingdoms worked together with heroes from other worlds to seal away this great evil. One-thousand years later, this seal has weakened and the Fell Dragon is about to reawaken. As a Divine Dragon, use rich strategies and robust customization to meet your destiny—to collect 12 Emblem Rings and bring peace back to the Continent of Elyos.

Fire Emblem Engage is coming to Nintendo Switch on January 20, 2023. 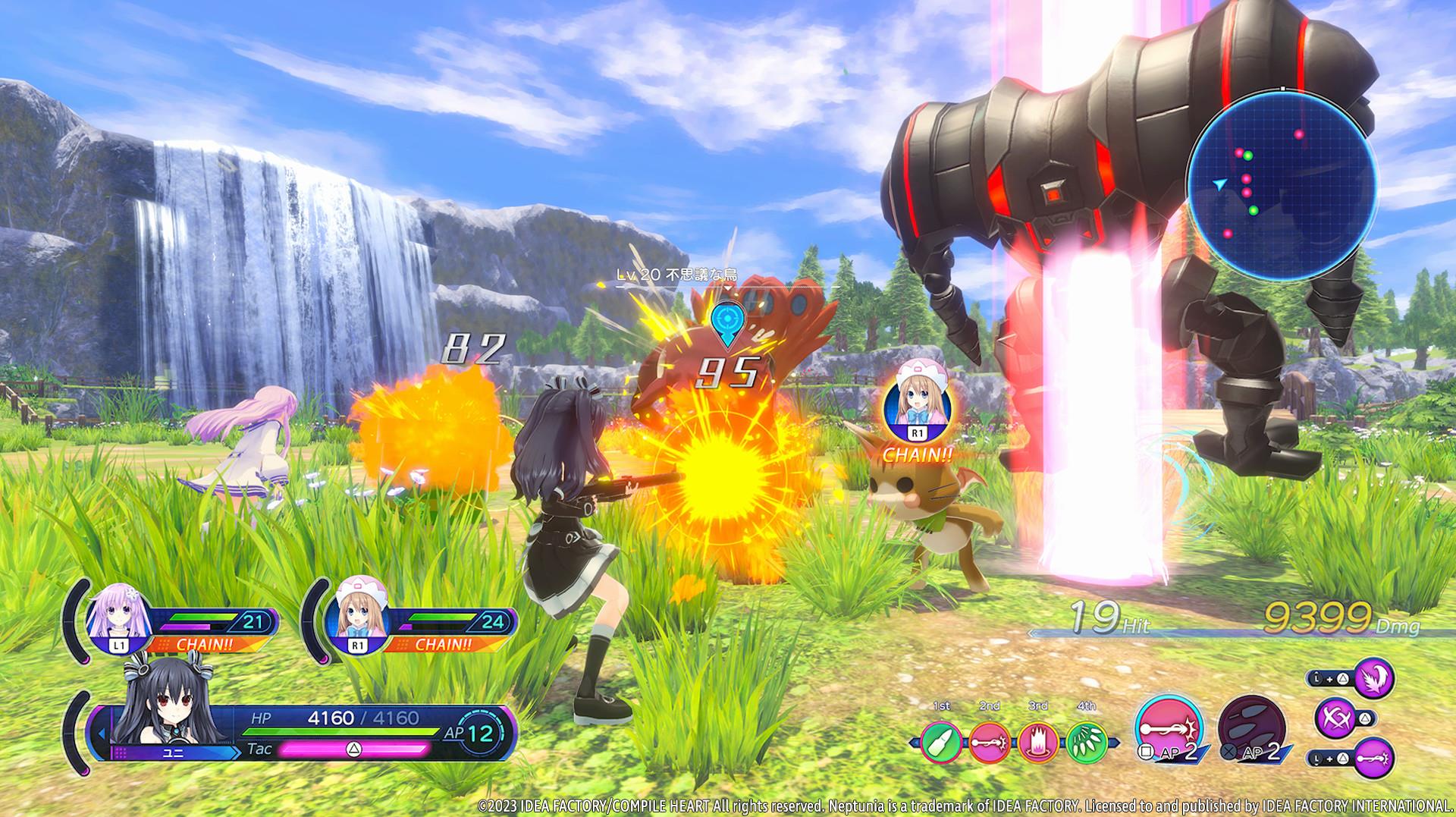 Neptunia: Sisters VS Sisters is an action RPG set in the vibrant world of Gamindustri. Hack 'n' slash your way through hordes of dangerous enemies found in the many dungeons throughout the land while trying to defeat a mysterious, new phenomenon that threatens life itself. Lead the Goddess Candidates, the younger sisters of the 4 Goddesses of Gamindustri, through their first adventure to save the world!

Neptunia: Sisters VS Sisters is coming to PC via Steam, PlayStation 4, and PlayStation 5 on January 24, 2023. 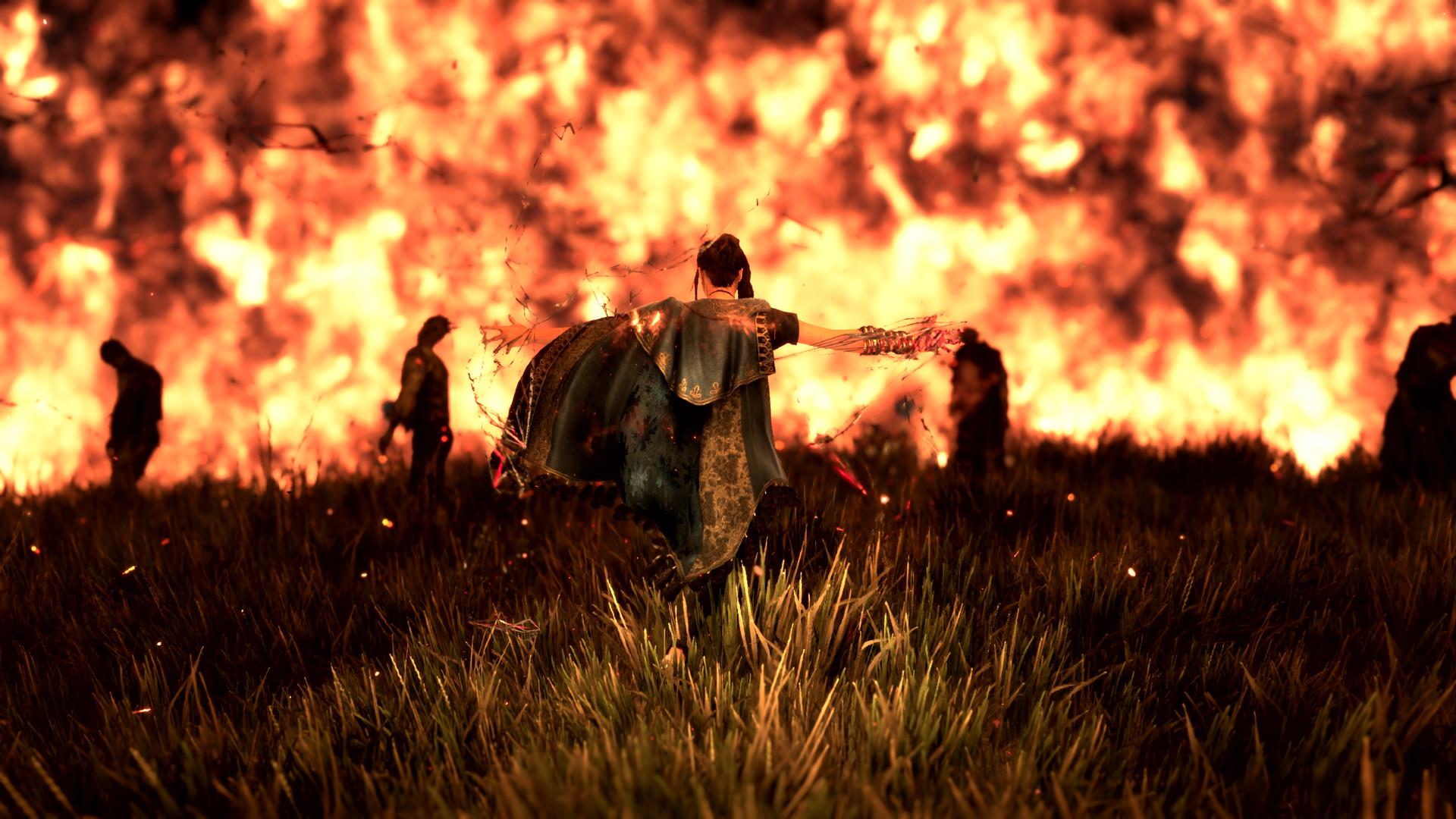 Mysteriously transported from New York City, Frey Holland finds herself trapped in the breathtaking land of Athia. A magical, sentient bracelet is inexplicably wrapped around her arm, and Frey discovers the ability to cast powerful spells and use magic to traverse the sprawling landscapes of Athia. Frey nicknames her new golden companion “Cuff” and sets off to find a way home.

Frey soon learns this beautiful land once flourished under the reign of benevolent matriarchs, called Tantas, until a devastating blight relentlessly corrupted everything it touched. The Break  transformed animals into beasts, men into monsters, and rich landscapes into four dangerous realms. At the center of their shattered domains, the Tantas now rule as maddened and evil sorceresses.

Unaffected by the Break and desperate for answers, Frey reluctantly agrees to help the last remaining citizens of Athia who see her as their only hope. Frey’s journey through this strange and treacherous land will take her deep into the heart of corruption where she must battle monstrous  creatures, confront the powerful Tantas, and uncover secrets that awaken something much more from within.

Forspoken is coming to PC via Steam and PlayStation 5 on January 24, 2023. 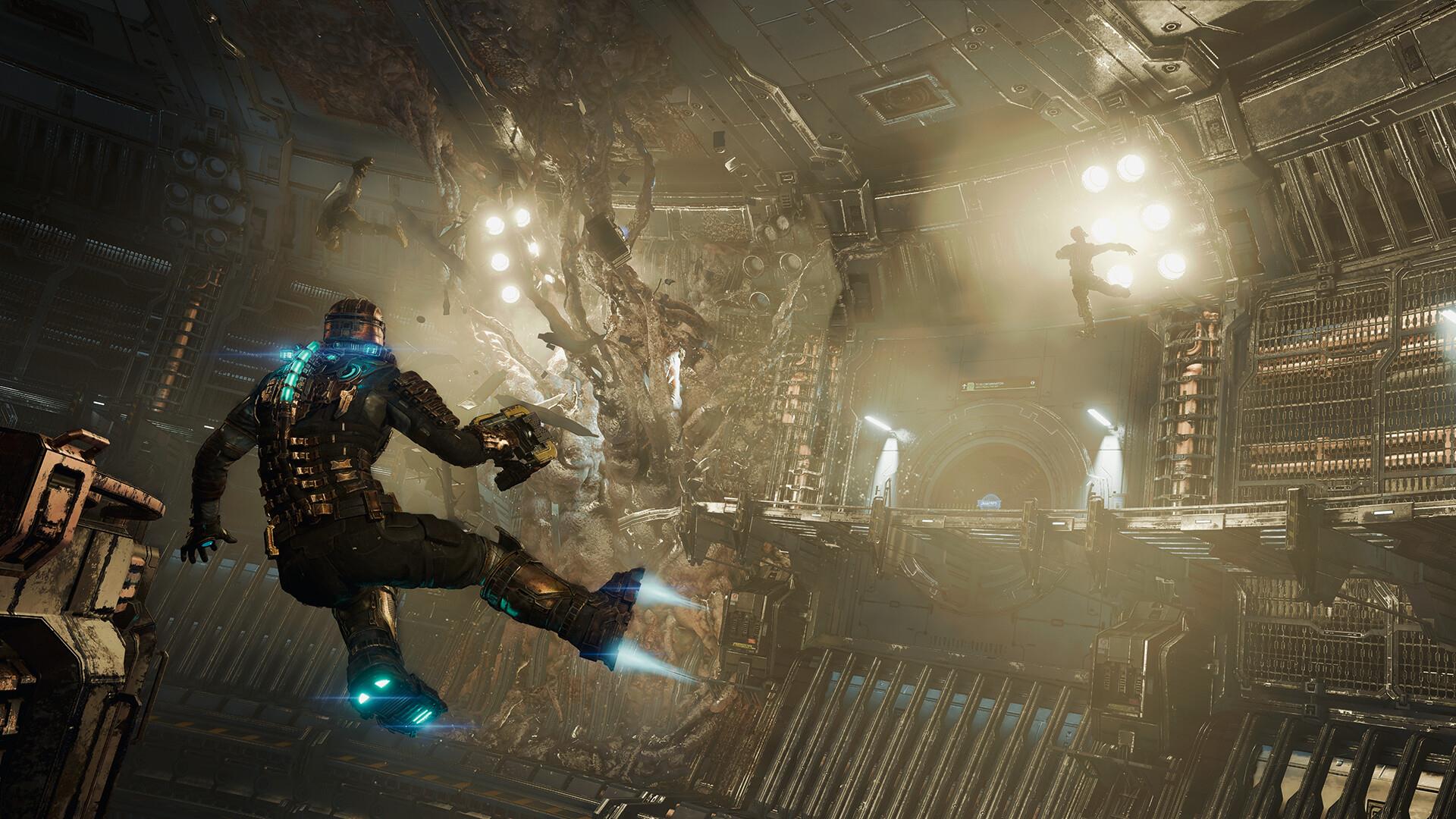 Isaac Clarke is an everyman engineer on a mission to repair a vast mining ship, the USG Ishimura, only to discover something has gone horribly wrong. The ship's crew has been slaughtered and Isaac’s beloved partner, Nicole, is lost somewhere on board.

Now alone and armed with only his engineering tools and skills, Isaac races to find Nicole as the nightmarish mystery of what happened aboard the Ishimura unravels around him. Trapped with hostile creatures called Necromorphs, Isaac faces a battle for survival, not only against the escalating terrors of the ship but against his own crumbling sanity.

Dead Space Remake is coming to PC via Steam, Xbox Series S|X, and PlayStation 5 on January 27, 2023. 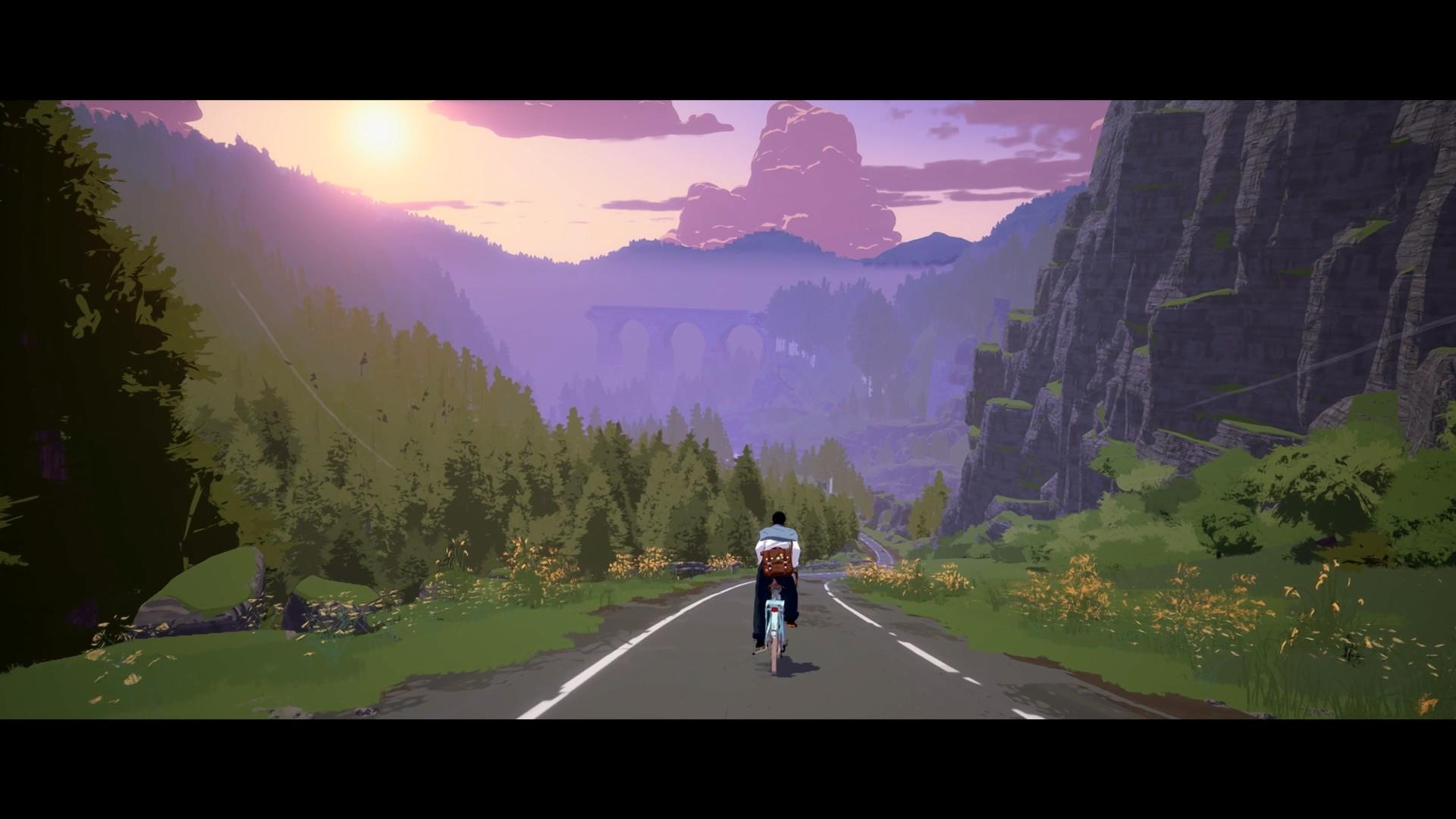 High in the mountains, there is a village safe from the turmoil of changing seasons. No one has left in a generation, no one until Estelle. In her world, a season is a period of history, an era. This season is about to end. Riding off into the unknown, she leaves her home to try to capture this moment for the future. Estelle navigates through a strange yet familiar world, witnessing life on the brink of an impending but mysterious change.

The gameplay focuses on exploring, recording, meeting people, and unravelling the strange world around you. Each recording tool captures a different layer; sounds and music, art and architecture, the stories of characters living through pivotal moments. Your tools peel back these layers until you grasp the culture, history, and ecology underneath everything. This quest leads you to the big questions: what is this season? Why is it ending? And what will the next season bring?

Season: A Letter to the Future is coming to PC via Steam, PlayStation 4, and PlayStation 5 on January 31, 2023. 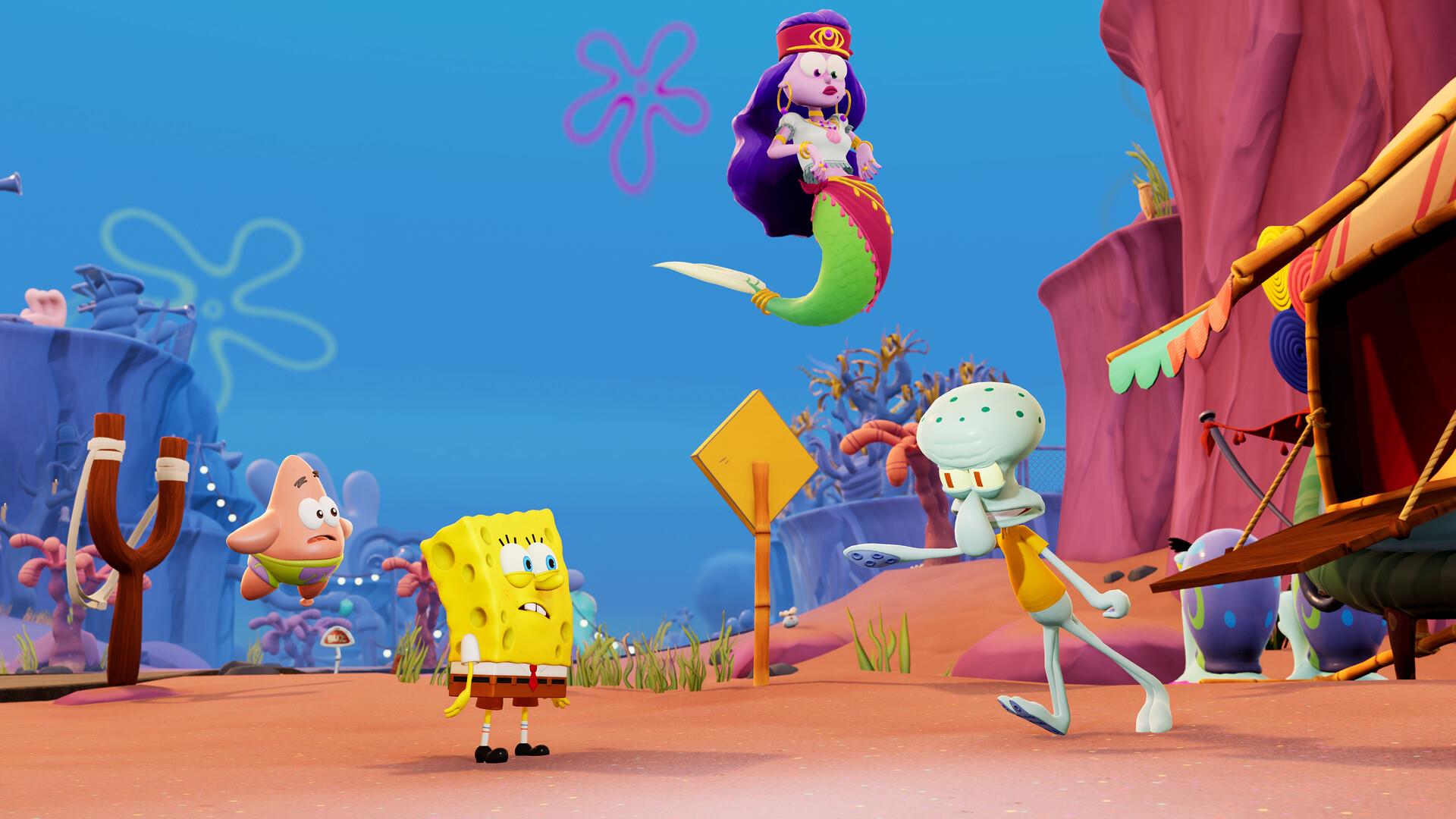 Wish-granting Mermaid’s Tears in the hands of SpongeBob and Patrick… What could possibly go wrong? Sure, the very fabric holding the very universe very together could come very undone, opening up portals into Wishworlds full of knights, cowboys, pirates, and prehistoric snails. But that’s nothing everyone’s favorite sponge can’t handle - with the right cosmic costume! Everybody do the Cosmic Shake!

SpongeBob SquarePants: The Cosmic Shake is coming to PC via Steam, Nintendo Switch, Xbox One, and PlayStation 4 on January 31, 2023. 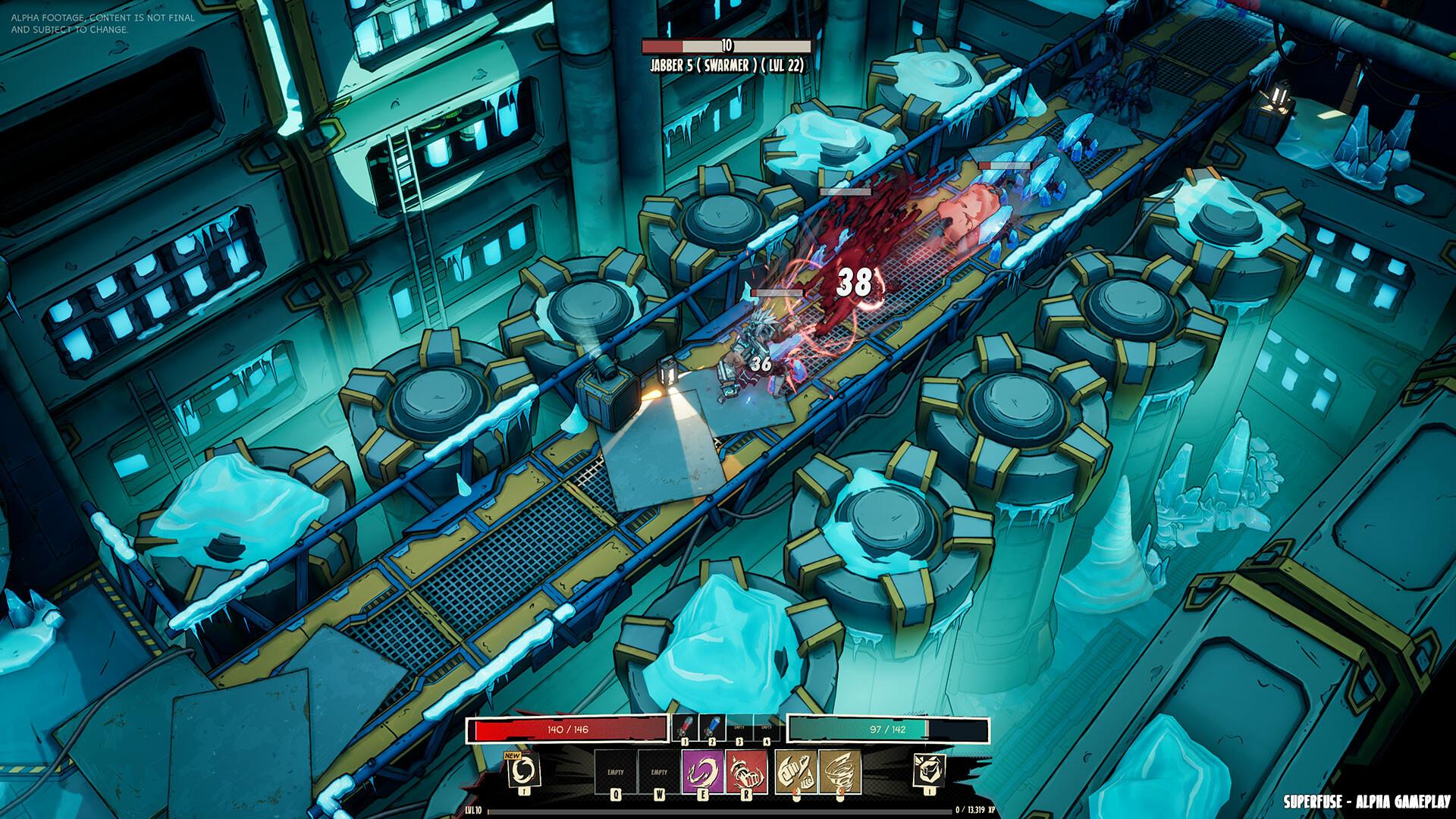 Superfuse is an Early Access hack-and-slash, Action RPG with the ability to hyper-tailor your power set based on your playstyle. Pick and fuse the skill sets of your choice, and demolish hordes of grotesque abominations alone or with up to 3 friends as you uncover the secrets of the Corruption and the Gods.

When humanity needs hope, be the hero!

Disclaimer: this list is not ranked in order of preference, but in order of their release date. Game descriptions are taken from official press releases or game store pages.