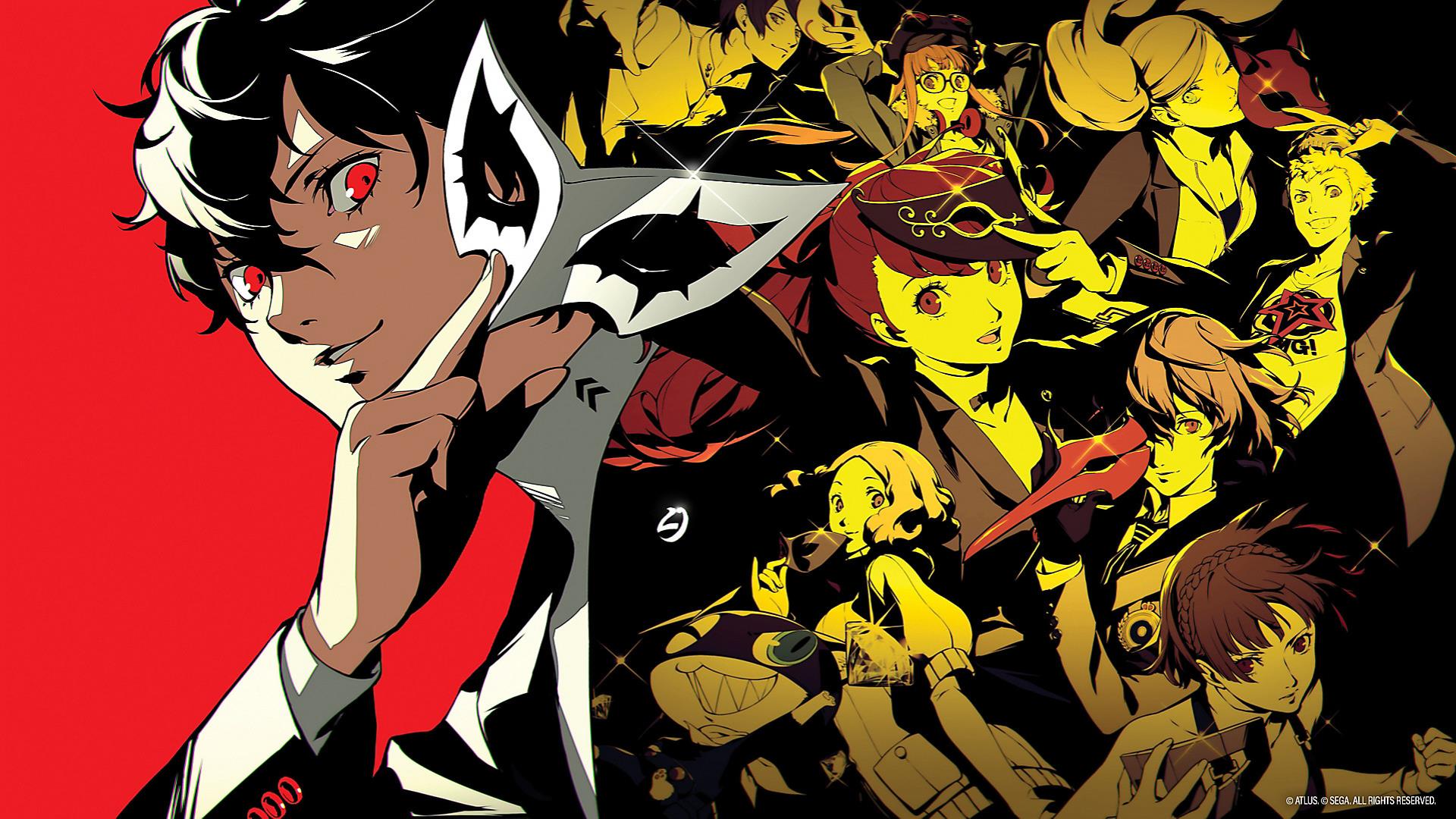 When you think of iconic Japanese role playing games, the Persona series definitely comes to mind. The Persona series has gained a lot of traction and recognition in the West, even though it is technically a spin-off of the mainline Shin Megami Tensei titles. Persona 5 Royal in particular has been lauded as a masterpiece for ingeniously delivering a deeply woven narrative with colorful characters and an amazing soundtrack, wrapped in a stylish and sleek combat system. Persona 5 Royal was only available on the PlayStation 4 when it was released back in 2019, but now Atlus has re-released this game in a definitive package on all modern day consoles and PC. Now more fans can experience one of the best games ever made.

Personas are physical manifestations of a human’s personality that battle otherworldly enemies in a turn-based combat. You play as a silent new student attending Shujin Academy, who was previously arrested for protecting a woman from a corrupt yet powerful political celebrity. Not long after, you are thrust into “The Metaverse'' (no, not the one by Meta), an alternate plane of existence created by the collective unconscious, and introduced to the concept of Palaces and Mementos. A colorful cast of characters joins you to form the Phantom Thieves of Hearts, a group of Persona users set on stealing the hearts of corrupt adults to make society a better place. You quickly learn that Palaces represent the strong negative thoughts of a corrupt individual, and that taking the treasures of a person’s Palace can heal that corruption in the real world. 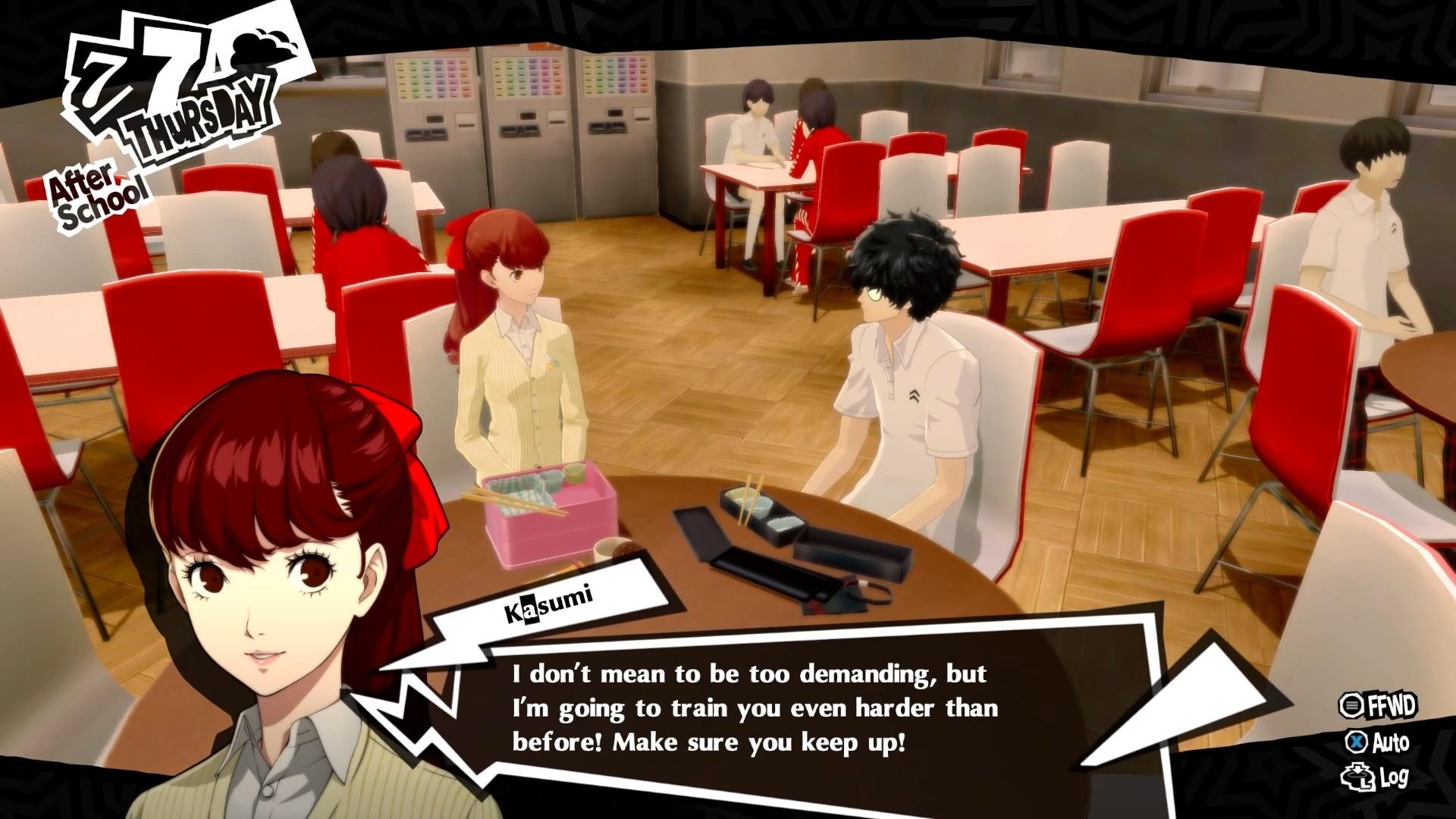 Atlus wonderfully paces out this coming-of-age narrative in a way that doesn’t feel too padded out or rushed. This is a jam packed game that can take you well over 100 hours to beat, and yet never makes you feel burnt out or bored. Persona 5 Royal doubles as a social and life simulation game where you attend school, explore downtown, take tests, and ultimately bond with your friends. Pass the time however you like, but just know that there is an impending deadline for those Palace missions. The multidimensional characters, both main and supporting, are developed through the social link system which gives you a deeper insight on a person’s motivations and thoughts. Not only does this give each character more depth and personality, but it also rewards you with passive abilities and perks to use in combat. Relationships are an integral part of the overall experience, and this game has incorporated these effortlessly, to the point where doing trivial activities with characters is fun. The story also challenges many real world themes such as abuse and greed and gets you thinking about them in a medium that transcends more than that of just a video game.

As previously mentioned, Persona 5 Royal features a turn-based combat system, where the game pauses so you can make decisions to attack or defend. Those Palaces I mentioned earlier serve as the dungeons filled with enemies, treasures, and puzzles that you spend most of your time crawling through. Animations and menus are adorned with a stylish comic book aesthetic that pops out flamboyantly and are accompanied by a bopping jazz soundtrack that I could listen to endlessly. Royal strays away from Shin Megami Tensei’s Press Turn system and instead uses the One More system, where hitting an enemy’s weakness grants you an extra turn. You can then take another action on the same Persona or Baton Pass to another character. Should you hit every enemy on the field with their weakness, you can either execute a Hold Up sequence or All-Out-Attack that has your entire team joining forces. The Hold Up sequence is this game’s version of Demon Negotiation from Shin Megami Tensei, where you can recruit new Persona or demand money from them. The entire combat system is well fleshed out and meshes into an excellent experience that promotes trying different play styles or builds. 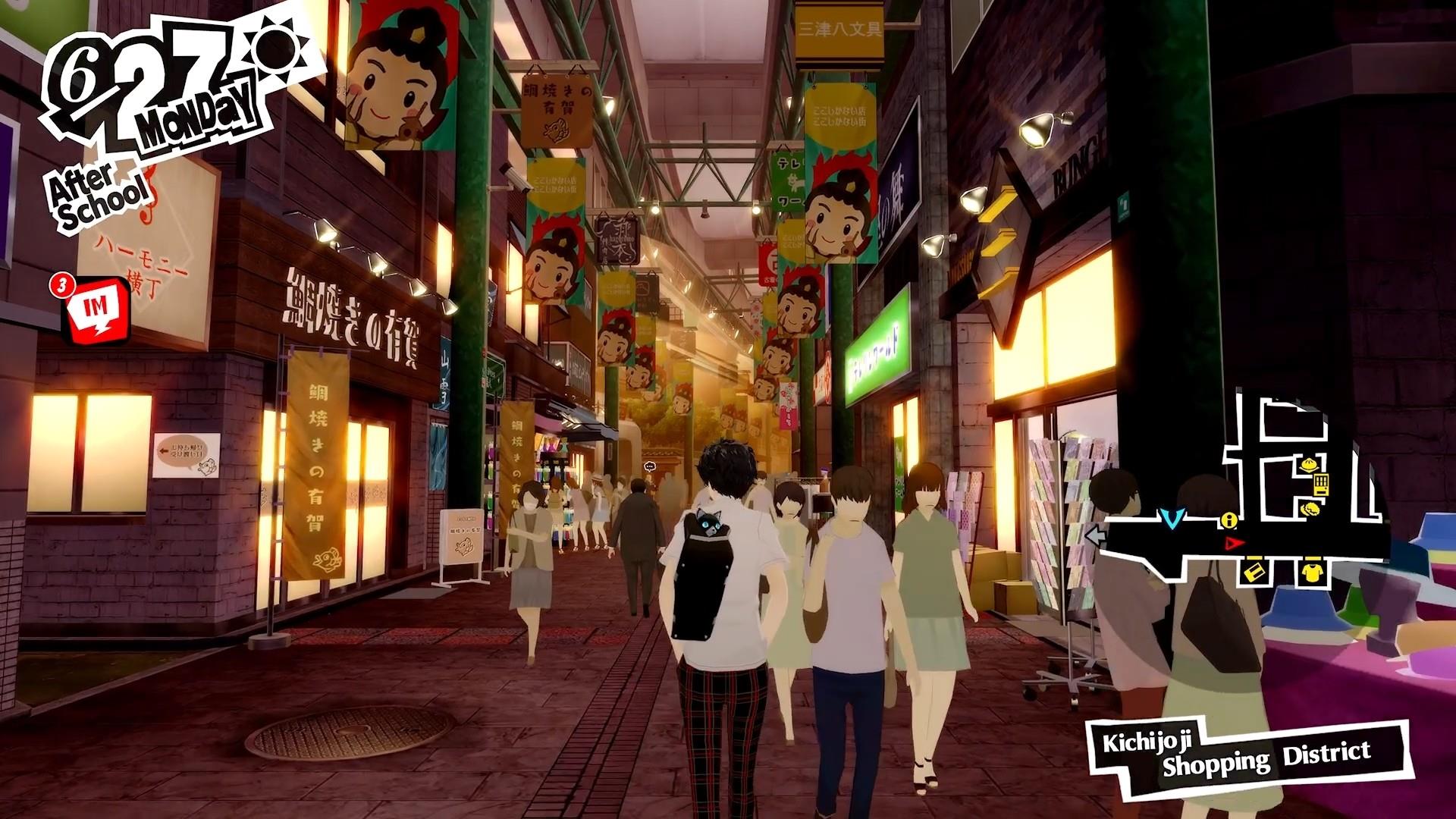 Persona 5 Royal brings a slew of additional features compared to the vanilla version. In fact, it adds so much new content and polish to the point where it should be treated as a separate game entirely. Enhanced re-releases of Persona games have been a thing since the third iteration, such as Persona 3 Fes and Persona 4 Golden. Not only does Royal include a new party member and epilogue chapter featuring a true ending, it also adds multiple quality of life improvements that make the entire experience more approachable for newcomers and veterans alike. Time saving tweaks like auto winning field battles after reaching a certain level threshold are now an option. I won’t go into all the details, but expect extra palace sections, a new area of Tokyo to explore, an expanded soundtrack, and combat adjustments.

There’s no dodging the fact that previous owners of the game on PlayStation 4 get the short end of the stick. It doesn’t matter if you own either the vanilla Persona 5 or Persona 5 Royal because this native PlayStation 5 port requires a full price separate purchase. No discounts, no upgrade paths, and no save transfers. Given this unfortunate predicament, it’s hard for me to recommend buying this version of the game again if you already own it on PlayStation 4. Keep in mind vanilla Persona 5 was on the PlayStation Plus Collection for PlayStation 5 owners (it was removed May 2022) for free and you can easily purchase the last-gen version of Royal for around $20-$30 on sale. If you’re a JRPG fan and haven’t played this game before, then this is easily a must-play - however you manage to get your hands on it - especially now that it is out on all major consoles and PC. 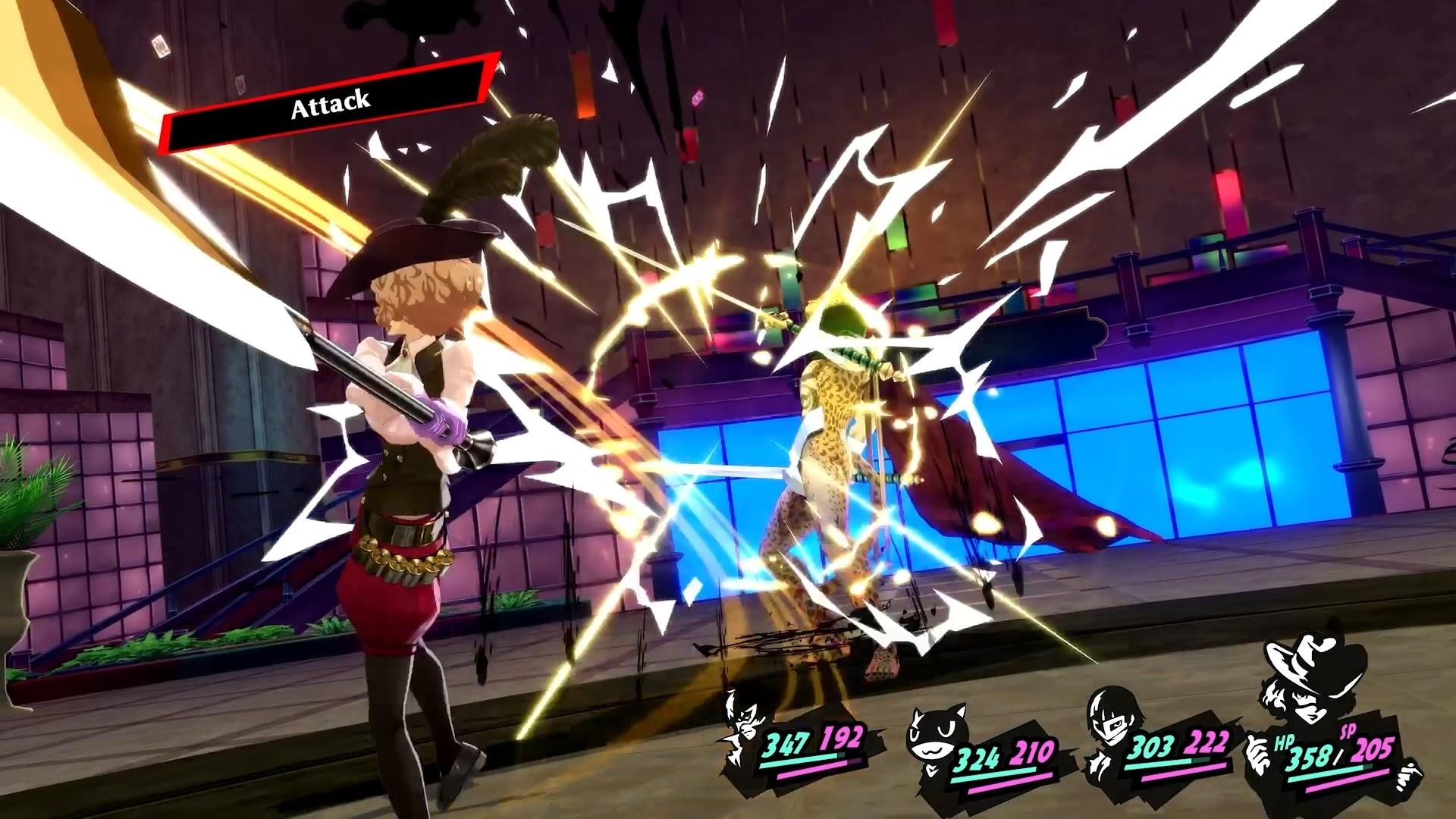 So what is new with this next-gen port on PlayStation 5? Vanilla Persona 5 and Royal both ran at 30 frames per second on PlayStation 4 with vanilla rendering at 1080p and Royal capping at 4K resolution on a PlayStation 4 Pro. The next-gen enhancements now raise the frame rates to a silky smooth 60 frames per second, but given that this is a turn based role playing game, the difference isn’t staggering or necessary. Load times are slightly faster thanks to the PlayStation 5’s SSD. There is still 4K native resolution on PlayStation 5, with minor improved textures and lighting. All previously released downloadable content, which includes character costumes, new personas, background music soundtracks, booster items, and challenges, are included for free in an all-in-one package with this next-gen port. The PlayStation 5 version also includes its own set of trophies, so for those hunters out there, expect to work hard towards another platinum.

It’s absolutely amazing that so many players across different platforms can now enjoy this masterpiece of a game that Atlus has created. The definitive package on PlayStation 5 may leave fans questioning the full-price purchase, considering this is an almost three-year-old game (Royal) on top of a six-year-old vanilla game with little to no improvements. However, Persona 5 Royal is also readily available on Xbox, Nintendo Switch, Steam Deck, PC, and Game Pass now, so if you don’t own a PlayStation console, then I highly urge you to experience this delightful game on another medium.

Atlus has undoubtedly created a definitive experience that takes the crown jewel JRPG of the generation. Persona 5 Royal improves on everything the vanilla version was lacking, with new content, gameplay adjustments, and quality of life improvements, whilst telling a compelling narrative with colorful characters. This PlayStation 5 native port may be off-putting to previous owners on PlayStation 4 with no upgrade paths, but the faster load times, silky smooth 60 frames per second, 4K native resolution, and all included DLC make this title a must-play for any JRPG fan.